DEREK DELGAUDIO'S IN & OF ITSELF Captivates on Hulu — Review 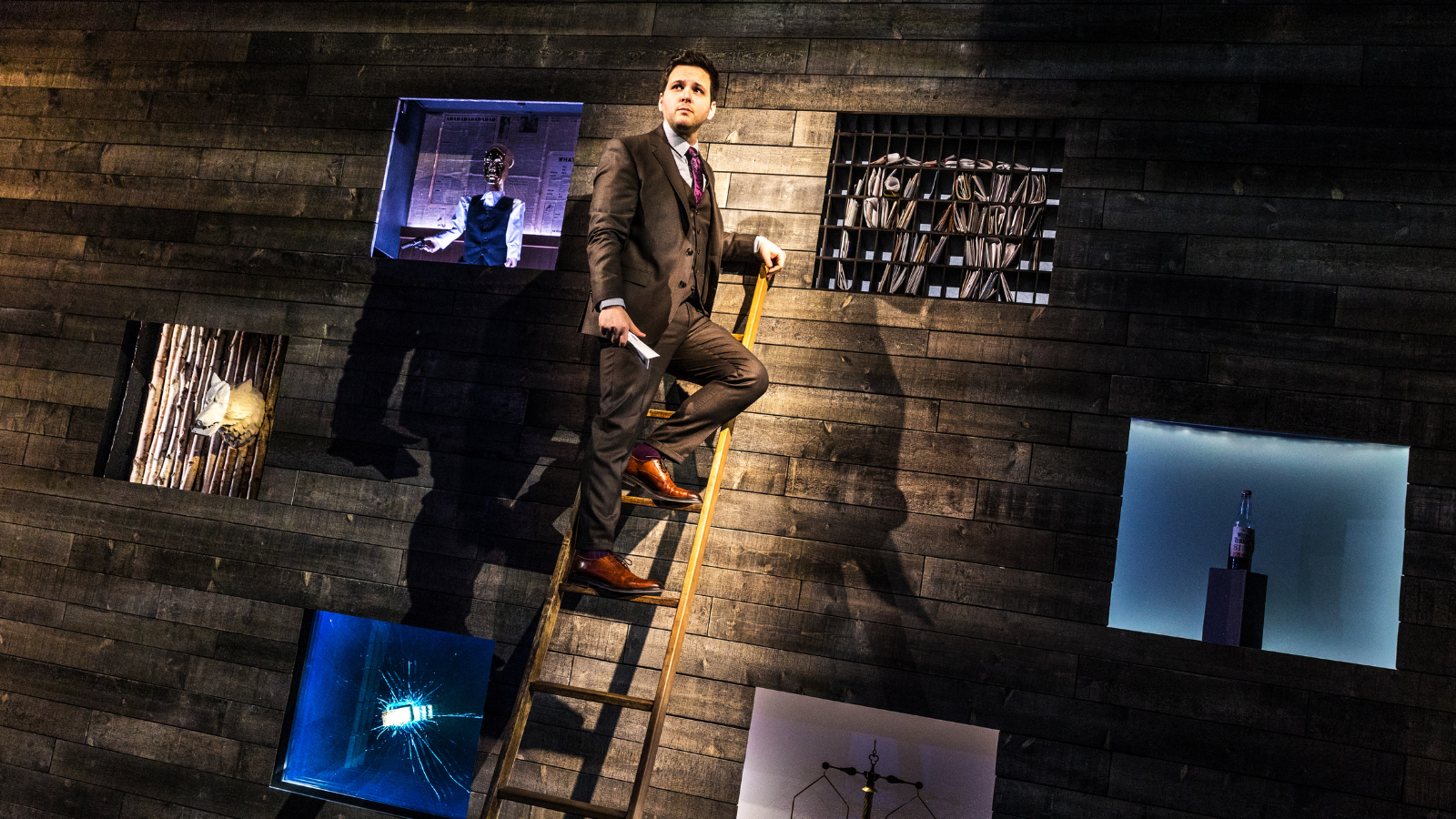 If someone asked you to choose one word or phrase to fill in the blank of the sentence, “I am ____,” what would you say? I am a son. Very matter of fact and a true statement. I am an enigma. Perhaps airing on the side of mystery leaving something to the imagination. I am a canary in a gold mine. A standout, defying the odds, different. What word jumps to mind for you? That is the central conceit in Derek Delgaudio’s In & Of Itself, a Hulu Special Event that arrives on the streaming platform Friday, January 22.

The captivating stage performance first premiered at the Geffen Playhouse in Los Angeles before moving to New York’s Daryl Roth Theater where it ran Off-Broadway for over 72 weeks and 560 performances. DelGaudio is no stranger to the stage, many will remember his enamoring Nothing to Hide which had its New York run back in 2012, directed by Neil Patrick Harris. Nothing to Hide also starred Helder Guimãres who continues to wow audiences with his virtual Zoom performances at the Geffen Playhouse.

During In & Of Itself’s year and half run in Manhattan, it was always on my list to see as it was one of those performances that had everyone talking. I was devastated when I learned it was closing but being able to experience this astonishing piece of theatre from the comfort of my home was the next best thing.

As an illusionist and masterful storyteller DelGaudio attempts to tackle the heavy question of what the meaning of life is, and the quest we all take on our own to find that answer throughout the 90 minute performance. This enthralling and highly personal film, directed for the stage and now screen by Frank Oz, dismantles the notion of what theatre and performance can be and is not to be missed.

DelGaudio invites us along the journey to understanding throughout this autobiographical storytelling arc that is captured through six vignettes he masterfully paints for us. Each section and story within the show is told expertly, working to show the audience far more and allow us to connect the pieces. This mesmerizing viewing experience encompasses interactive audience moments, sleight of hand, stunning illusions, and more — but we aren’t in the business of spoilers.

In a day and age where almost everything can be answered or solved with the help of Google, the illusions that are witnessed during In & Of Itself speak more to the human experience and the curiosity that we each experience throughout our lives. Have we done enough? Am I worth it? It tasks us with wondering, if we were able to find out the actual answers to these questions would we choose to know, or perhaps, are we already enough.‍

Derek Delgaudio’s In & Of Itself has no MPAA rating.