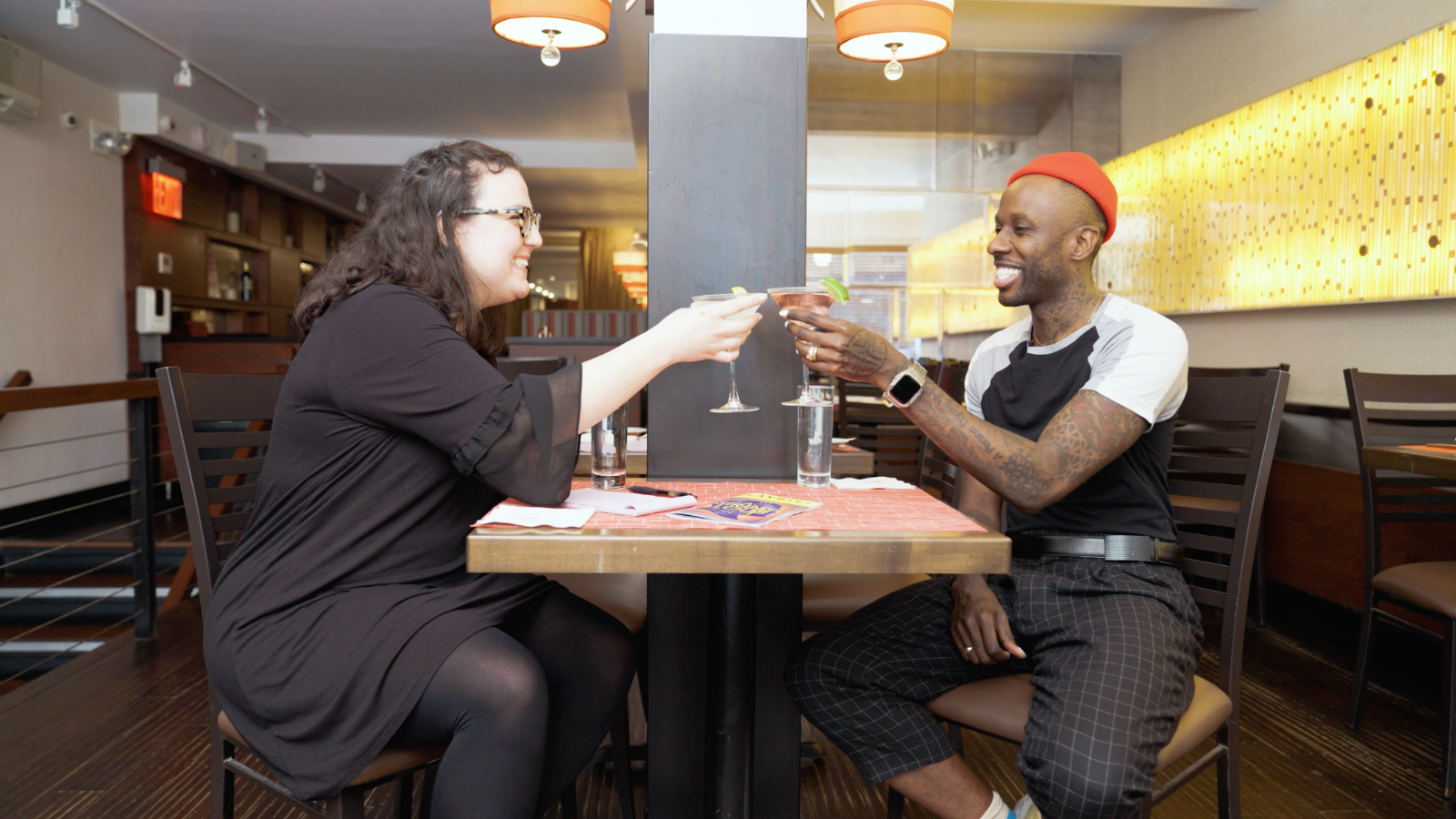 Drinks with a Dramaturg is a new video series from Theatrely where Amanda Marie Miller, features contributor and dramaturg, meets with an artist to discuss their contributions to a currently playing show. Playwright, choreographer, or even on-stage magician, every artist plays an important part in creating theatre, and Drinks with a Dramaturg is an opportunity to celebrate and learn more about each exciting role. Special thanks to Glass House Tavern for hosting Theatrely.

A Note from the Dramaturg:‍

When I met Raja Feather Kelly at Glass House, it was easy to see how much joy he brings to his most recent work, A Strange Loop, and how much love he has for his collaborators. His excitement for the production and his work is so infectious, we spent quite a bit of our time together laughing. The long-awaited Pulitzer prize–winning A Strange Loop finally opened on Broadway in April and Raja played a huge part in its development. From the 2019 Off-Broadway production, to Woolly Mammoth in D.C., and now at the Lyceum Theatre, Raja’s choreography is the glue that binds the thrilling piece together.

When I saw A Strange Loop, I fell in love with its cohesive nature—the story weaves between real-life settings and imaginative worlds quite quickly, but an ensemble of talented players called “The Thoughts” seamlessly connect each moment. As an audience member, it feels as though we are flying through time, above the stage, peering into Usher’s (Jaquel Spivey) inner thoughts. The anticipation, energy, and, of course, Raja’s choreography, make A Strange Loop an absolute sight to behold.

I was so excited to meet Raja because his name is seemingly everywhere these days. This season in New York, he worked on Suffs (The Public) and On Sugarland (New York Theatre Workshop) prior to the opening of A Strange Loop. By the time you read this, it’s likely Raja will already be working away on a new project—notably, the upcoming La Jolla Playhouse production of Lempicka, directed by Rachel Chavkin. He moves quickly, both on and off the stage, so it’s no wonder we covered a lot in our conversation.

Watch this episode of Drinks With a Dramaturg to learn more about Raja’s process, how he came to be involved with this game-changing musical, and which Disney movie he was reminded of while choreographing a moment with The Thoughts.