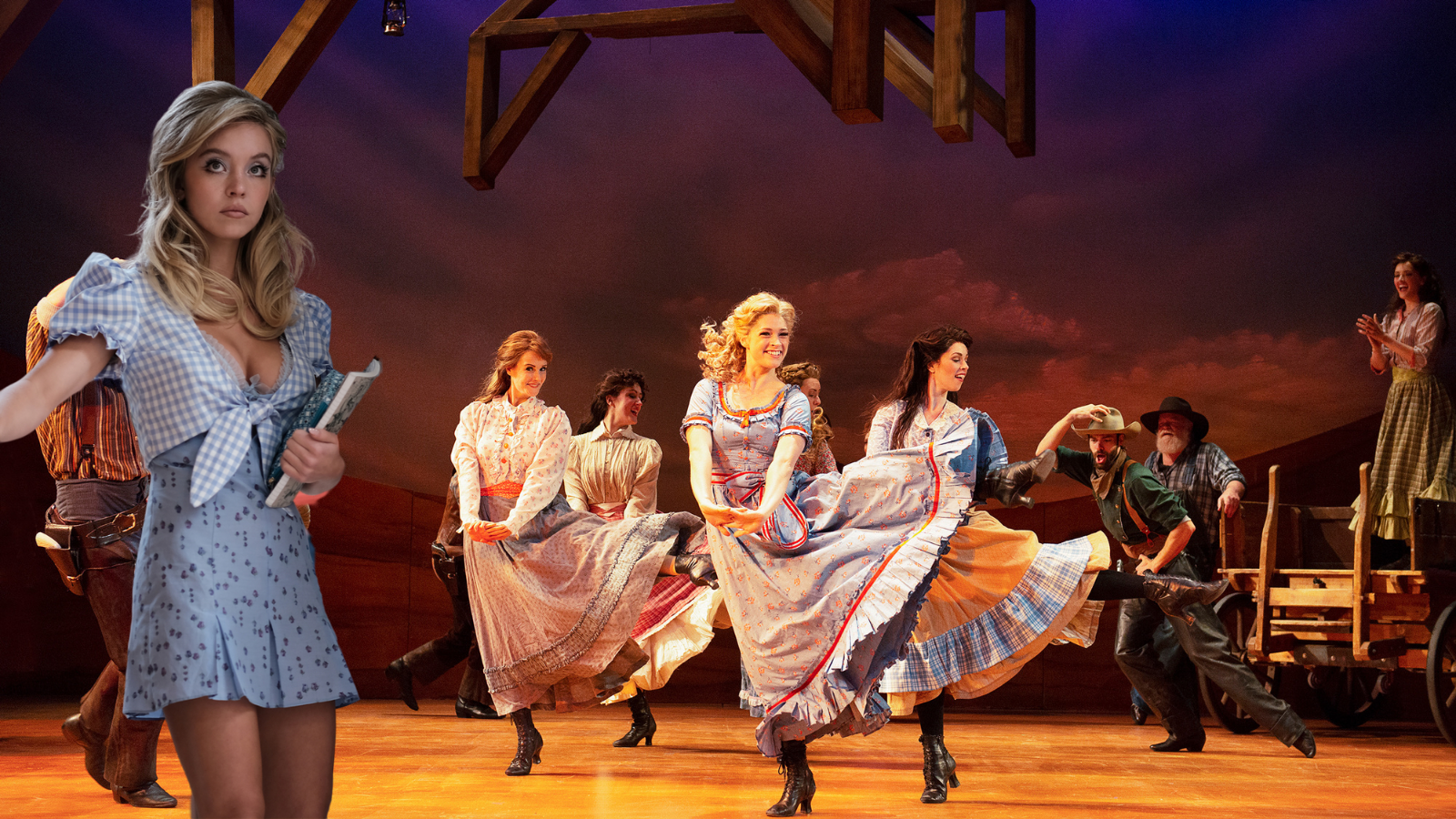 Sunday nights are for HBO. From Succession to The Righteous Gemstones, there’s always a heightened drama ready to crash the streaming service, but none quite like Euphoria. The show has been hailed by fans, condemned by D.A.R.E., and is so “online,” it’s not worth opening Twitter until you’re fully caught up. With just three episodes left this season (it’s second), conspiracy theorists on all platforms have shared some grim ideas of what’s to come in the remaining episodes. The show was renewed for a third season earlier this month, but there’s still plenty of unresolved drama to unfold.

In Episode 3, we learned of an upcoming production of Oklahoma! to be presented by our favorite highschool’s drama club. The students quickly came to a consensus, led by Miss Observer Lexi Howard, that Oklahoma! is passé. Instead, the “voice of her generation” reincarnate writes a new play, based closely on her own experiences with sister Cassie. And maybe (possibly, hopefully) her love interest Fezco (yes I am rooting for them, don’t drag me).

While the anti-Oklahoma discussion led to one of the best comedic moments of the season (in a good way or a bad way?), perhaps our chaotic company could have learned something from the Rodgers and Hammerstein plot. After all, Oklahoma! is a show about love triangles, drug use, and death- three major themes that color almost every episode of Euphoria. If we look at the plot of Oklahoma! and the current standings of our characters - things may make a turn for the worse.

Let’s think back to the original plot of Oklahoma!… the every-suburban-highschool production of Oklahoma before 2019’s Tony-nominated revival challenged some of those viewpoints. The very, very, basic layout is as follows: We first meet Curley, who loves Laurey, a girl who lives with her Aunt Eller. To make her friend-zoned Curley jealous, Laurey goes to a “box social” with Jud, the misunderstood farm hand. Meanwhile, Will Parker returns from Kansas City intending to marry Ado Annie, who has actually been spending a lot of time with peddler Ali Hakim. Ado Annie’s father Andrew Carnes tells Ali Hakim to marry Ado Annie, causing a bidding war between Will and Ali to win over Ado Annie. Just as Laurey begins to make up her mind (thanks to an intoxicating magic potion), Jud and Curley get into an altercation that effectively kills! Jud! (however Curley’s intent is interpreted.) To finish it all off, Curley is cleared of any guilt or consequence, he marries Laurey, and Ali Hakim is told to marry local, random, townsperson Gertie.

If the characters and plot points of Oklahoma! are serving as some sort of allegory for what’s to come in Euphoria, the HBO characters would align as follows… (In no way are these actual, feasible, casting options should Lexi’s new play fall through and frankly, I doubt most of these characters would dare to attend an extra-curricular.)

Laurey — This ones easy, it’s Rue. She’s tempted by a new and mysterious friend, but ultimately belongs with her longer-standing relationship. She looks to drugs for clarity and decision making too.

Curley — Jules. In most cases, she means well, but her trust and understanding of Laurey (Rue) wanes as we go forward. Ideally, we could have a favorite couple together in the end, but I have to think they will face another season of challenges especially after a new addition to the friendship.

Jud — Elliot, the new and mysterious Dominic Fike, learns about Rue’s recent drug use earlier than anyone else. His story so far is encased in anonymity and while he’s involved in Rue and Jules’ relationship, there is a chance it could all go south quickly. He’s new to the plot, so writing him off with minimal strings attached would be easier than most, just like the odd-man-out Jud.

Aunt Eller — Fezco, the dealer who looks out for his friends. He may not make the wisest (or most legal) of decisions, but he does fight fiercely for those he loves and tends to be a pretty respected voice of authority (unless you are Rue, and insist on running around the house when he specifically requests that you not, multiple times now).

Ado Annie — This is Nate Jacobs, the start of an ill-fated love triangle. While his two hookups of choice can be chaotic on their own, our most recent contentions come from his indecision. Would the two girls remain best friends if it wasn’t for Nate? Will there be a major fallout? Was there already one on the staircase during Rue’s intervention? It can all be traced back to Nate Jacobs who honestly just Cain’t Say No.

Andrew Carnes — Father of the chaos, it’s Cal Jacobs himself. He has no problem approaching a conversation with violence and demanding what he wants- that is, until he learns he has done far worse than he could accuse anyone else of.

Will Parker — Maddy, the sequin queen supreme definitely captures the Will energy and would be the most likely to carry some sort of kaleidoscope/knife blade contraption. She believes that she is the obvious choice for Nate, but her prospects are tainted when a new player comes near the relationship. The Will character really goes the distance to win back his one true love and Maddy has proven time and time again that she’s not afraid of some conflict.

Ali Hakim — While the character of Ali Hakim has been long debated for offensive stereotypes and undertones, the basis of the character is that he is a traveling salesman often put in compromising situations- just like Cassie. She’s had a run of uncomfortable situations lately and can’t seem to find a win. No one expects the Nate/Cassie or Ado Annie/Ali Hakim relationship, so once revealed it really derails the equilibrium of the group.

Dream Curley and Dream Laurey — if we need two additional personalities to represent a heightened sequence of aesthetics, truths, and realizations, it has to be Kat and Ethan. From the outside they appear to be one of the more perfect matches, but Kat’s second thoughts make them a tragic pairing, just as the ballet turns from flawless to fraught. On top of that, Kat exists in liminal spaces (online with paying men) and Ethan has proven to be the best actor at school (he is the lead in Lexi’s play, afterall). Can these two make it through the dream sequence? Can they even make it through the season?

And lastly, for what it’s worth, Faye is Gertie. A character who is sometimes around, is always turning heads, and really doesn’t bring much (unless…), she’s the exact random afterthought that gets in the way just enough to mess things up.

While I’d love to see Lexi’s edgy original play produced through the end of the season, I know our main troupe truly could have put quite the spin on the Oklahoma! property. Whether they learn from the motifs or not, it is guaranteed that our key players could make something shockingly contemporary of the text- think the production of Romeo and Juliet in Season 2 of Sex Education plus more glitter, an industrial strength haze machine, etc.

Season 3, Episode 6 of Euphoria airs tonight on HBO. The season finale will air on February 27 and I have to think that Oklahoma!, or at least Lexi’s family drama, will come back as some sort of metaphor in the final moments. Taking a bow, pulling closed a curtain, a second season complete. The theatricality is all set up for a big “Finale Ultimo.”