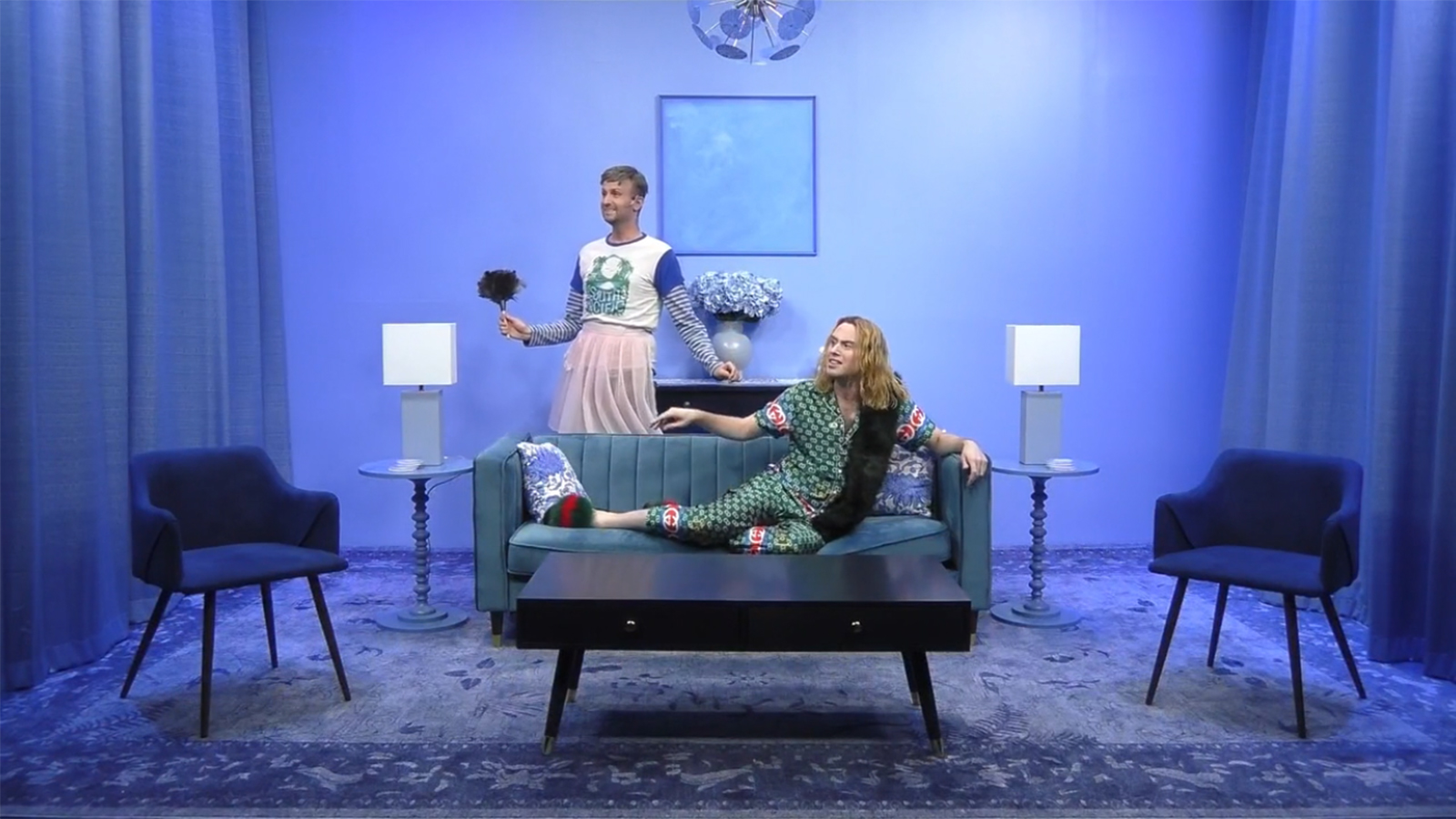 FourthWall Theatrical, in association with Fake Friends and Jeremy O. Harris, is thrilled to present the world premiere of This American Wife, the newest experiment in live internet theater from the creative minds of Circle Jerk (Vulture’s Best of 2020), running May 20–June 6. Part loving satire and part piercing examination, This American Wife is a multi-camera, live-streamed, dark comedy investigating the obsession, idolization, and all-consuming-hunger the women of The Real Housewives engender in many of us. Streaming live from a Long Island mansion, This American Wife is much more than a tribute to the guilty pleasure of a television franchise. As conceived and written by Michael Breslin and Patrick Foley, who perform alongside their friend and artistic collaborator Jakeem Dante Powell (Slave Play), This American Wife can only luxuriate in the fantasies of reality TV for so long.

Directed by Rory Pelsue and featuring dramaturgy by Cat Rodríguez and Ariel Sibert, This American Wife is a reimagined and updated adaptation of Breslin and Foley’s stage show that premiered at New York Theater Workshop’s Next Door series in 2018. The heart and ballooned lips of the original have been custom tailored to the contours of the internet, advancements in Fake Friends’ artistic process, and a pandemic epoch of solitary Real Housewives bingeing. Mixing absurdity and reality, the trio of This American Wife inhabits and disturbs an imagined image of a real world, playing out scenarios, texts, and choreographies from the massively popular—and endlessly memed—franchise. As the boys travel deeper into the dark walk-in closets of their minds, they are forced into crises of desire, repulsion, identity, and autobiography.

“The life of an obsessive fan of a trash cultural artifact—in a trash time, in a trash country—is a humbling one,” said Michael Breslin and Patrick Foley. “Like the greatest autobiography-driven performance artists from Karen Finley to Spalding Gray, the Housewives have trained themselves to expertly blur the boundaries between reality and fiction. Likewise, the historic segregation of The Real Housewives franchise reflects the aspirations and racism of American escapism. As true fans, there’s no way for us to hide from this reality.”

Jana Bezdek and Jen Hoguet of FourthWall Theatrical said, “We are so grateful for this opportunity to collaborate with Michael and Patrick as they continue to pioneer a new genre and pull the curtain back on the echo chamber that is reality TV.”

Tickets to This American Wife will go on sale on April 13 which is when the performance schedule will be announced.