FRUMA-SARAH Ready For Her Close-Up — Review 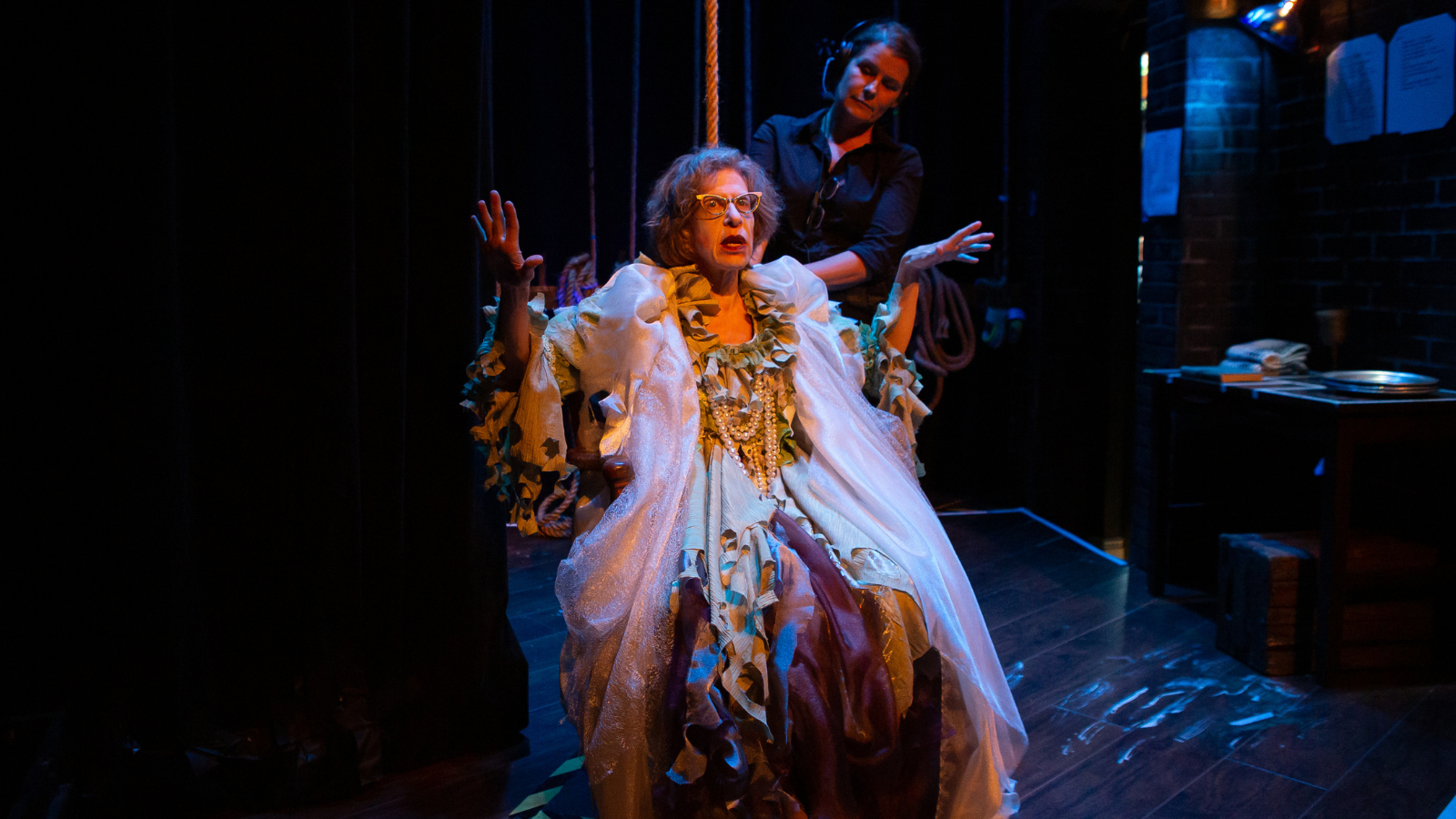 Walking out of Fruma-Sarah (Waiting in the Wings), my friend and I were trying to pinpoint where we’d first encountered its star, Jackie Hoffman. I mentioned her one-episode 30 Rock stint; he bested me by reminding me she was the original Prudy Pingleton in Broadway’s Hairspray. Hoffman’s one of those pop culture figures who seems to be everywhere,and yet, when you look at her IMDb page, you’d think she’s been nowhere. It speaks to her instant memorability that we both felt we’d seen her much, much more often than we actually had, and is likely the reason she was cast in the entertaining (almost) one-woman show, now in performance at the Cell Theater.

In E. Dale Smith’s new one-act play, she stars as Ariana Russo, an embittered actor playing the ghost Fruma-Sarah in a community theatre production of Fiddler on the Roof. Each night, for an hour and seven minutes, she awaits her one scene backstage, tied to the overhead hoists that will fly her across the proscenium to shriek at Tevye in a dream.

With so much time and so little glamour, what else is there to do but drink and reflect upon life’s many miseries? For the cantankerous actor, it seems the obvious thing to do, until substitute fly captain Margo (Kelly Kinsella) takes issue with such indulgence, trying to get the spiraling performer to leave her pity party (and barely concealed flask) behind. Little does she know indulgence is the name of the game, for both Ariana and her creator.

For 75 minutes, it’s mainly a world tour of the grandstanding kvetching for which Hoffman is rightfully beloved. Failed auditions, marriages, and Facebook posts take equal part in Ariana’s soliloquizing, delivered with Hoffman’s deliciously sardonic tone. Criticisms that the play’s conceit is repetitive aren’t wrong, but they miss the point.

If Hoffman is a performer we all think we know but probably don’t, it makes sense to lean in and allow ourselves a lasting impression. She and Ariana are not the same person, and I brushed away the possibly-biographical lens which started coming down on my eyes because, well, why bother? It’s a perfect actor-role match, and Hoffman nails every beat, as all who enter the theatre knows she would. If you wind up at a performance of Fruma-Sarah––as perhaps you should––it’s likely you know what you are getting into and, more than likely, will enjoy it.‍

Fruma-Sarah (Waiting in the Wings) is now in performances at the cell. For tickets and more information, visit here.