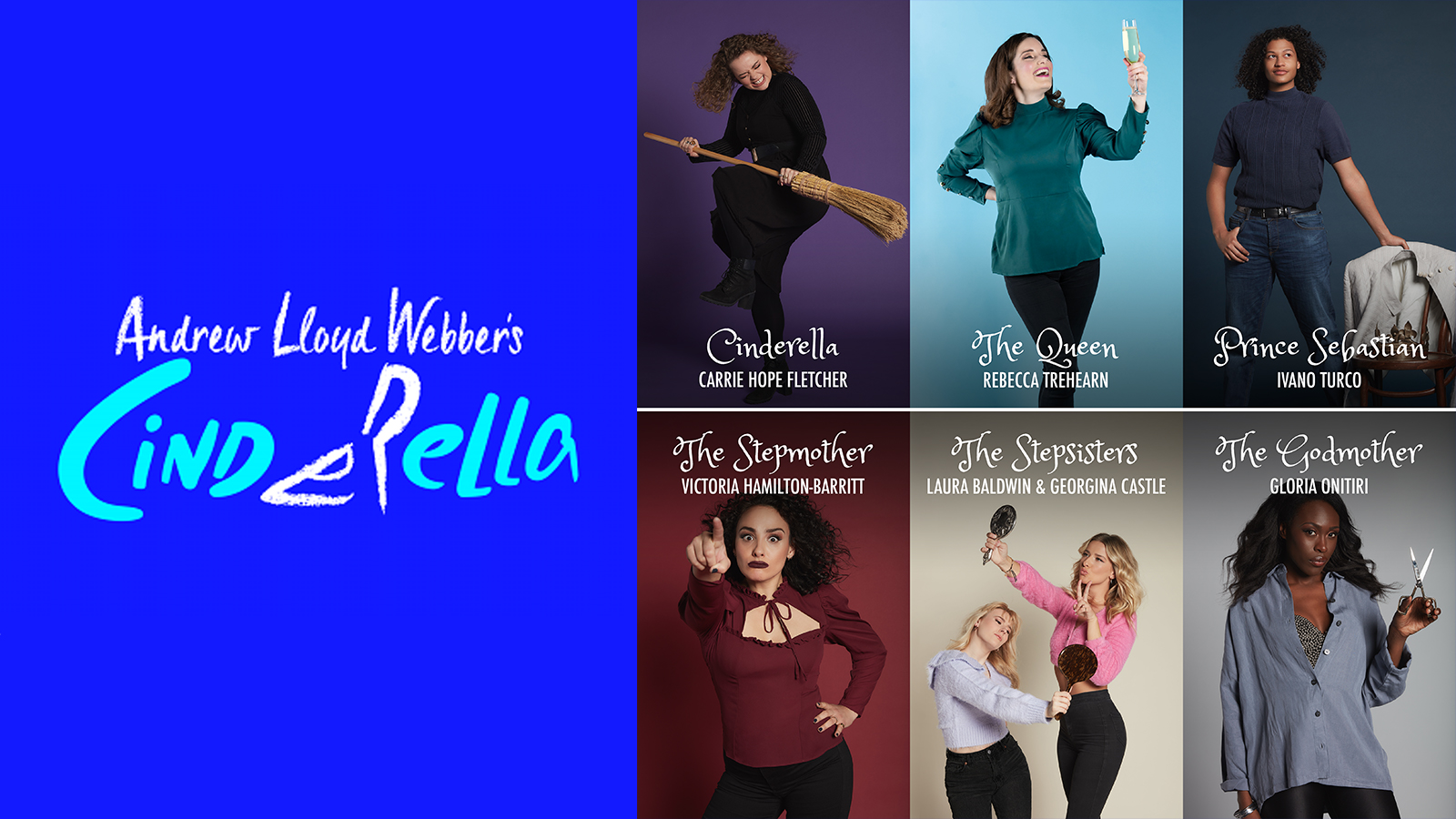 They join Carrie Hope Fletcher, as title character Cinderella in the highly anticipated new production, as well as Ivano Turco as Prince Sebastian and Victoria Hamilton-Barritt playing The Stepmother.

The production is a complete reinvention of the classic fairytale, written by and based on an original idea from Emerald Fennell, the Oscar winning writer of the recently released, critically acclaimed film Promising Young Woman, and scriptwriter/Executive Producer of the of international smash hit Killing Eve.  As an actress she is known to millions as Patsy in the BBC’s Call The Midwife and as Camilla Parker Bowles in the Netflix hit The Crown.

Cinderella has a brand new score from Andrew Lloyd Webber and lyrics by David Zippel, a multi-award winner for Broadway productions including City of Angels, The Goodbye Girl, The Woman in White and Liza at the Palace, as well as for work on film including Disney’s Hercules and Mulan, both of which received Oscar nominations.

The production reunites legendary composer Andrew Lloyd Webber with director Laurence Connor and choreographer JoAnn M Hunter, who previously worked on the Olivier Award winning international hit School of Rock and the recent, sold out production of Joseph & the Amazing Technicolor Dreamcoat at The London Palladium, which returns to the venue this Summer.

Ahead of Cinderella’s arrival at the Gillian Lynne Theatre, LW Theatres has carried out internal upgrade work to the building including the addition of more toilets and refurbishment to areas of the auditorium and Front of House, as well as adopting measures to welcome back audiences safely.

All further information is available at www.andrewlloydwebberscinderella.com