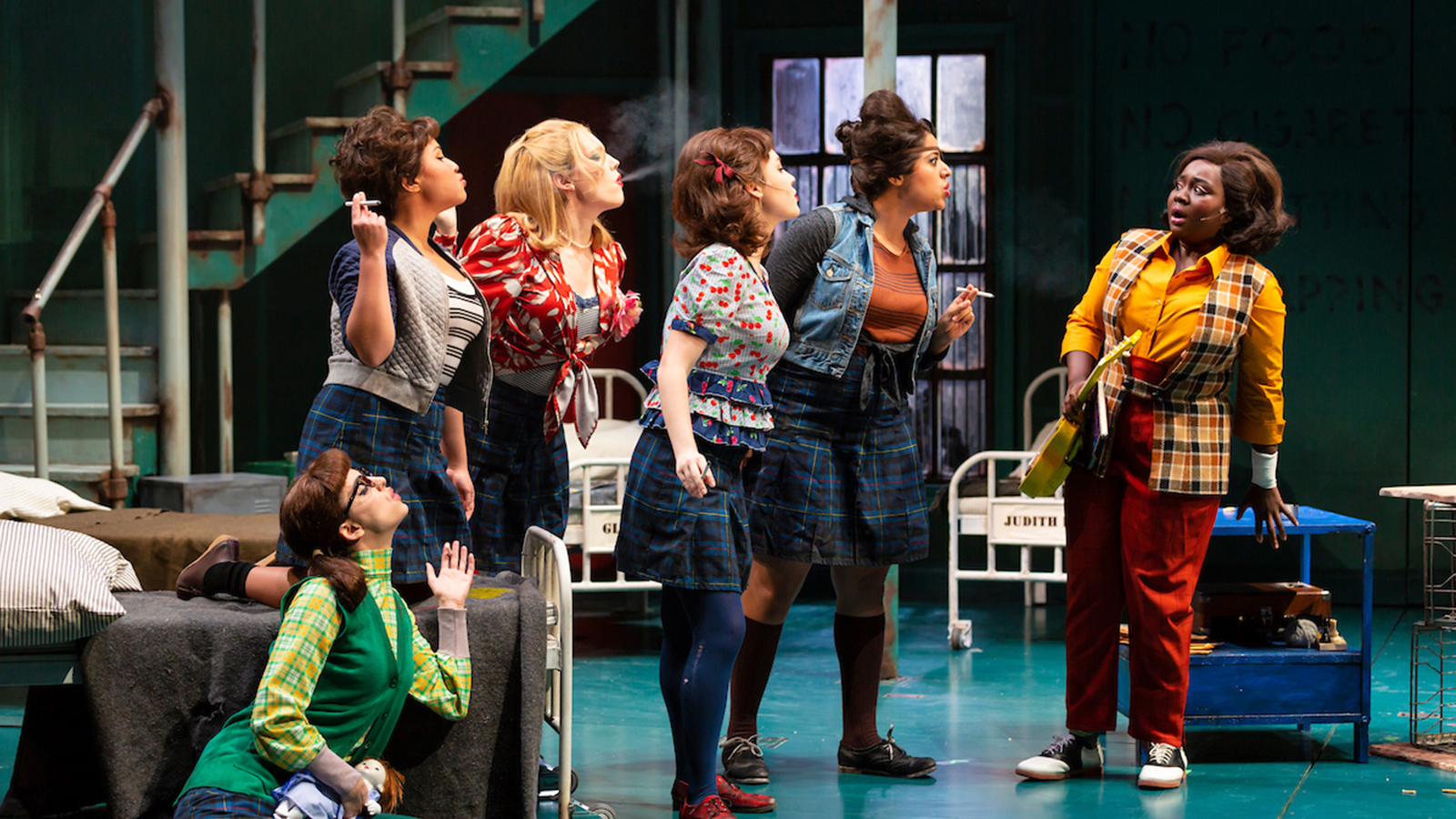 GHOSTLIGHT RECORDS and TWO RIVER THEATER have announced that the label will record the new Joe Iconis musical Love in Hate Nation for an original cast album. The recording is based on the show’s world premiere production at the Two River Theater in 2019. The label is reuniting with Iconis and Two River after their viral Broadway success with Be More Chill. Love in Hate Nation features book, music and lyrics by Joe Iconis and direction by John Simpkins. The show has music direction and vocal arrangements by Annastasia Victory, and music supervision and orchestrations by Charlie Rosen. The album will be produced by Joe Iconis, Ian Kagey, and Charlie Rosen, with Two River Theater and Kurt Deutsch serving as executive producers. The show is being recorded today, Monday, August 2, for a fall release.

Love in Hate Nation is a 1960’s-set love story about two women caught between eras of a changing America. Sixteen-year old Susannah Son is carted off to the National Reformatory for Girls (a.k.a. Nation) to get her head put on straight. There she meets the aggressively incorrigible Sheila Nail, and a relationship forms which leads to an all-out “revolution in the institution” as they attempt to break out of the boxes society has created around them. Girl Group Wall of Sound harmonies are filtered through a punk rock spirit in this rebellious and romantic new musical.

Joe Iconis is the Tony Award-nominated composer/lyricist of the worldwide sensation Be More Chill. Iconis and Joe Tracz wrote Be More Chill as a commission for Two River Theater, where the show was developed and premiered in 2015 before going on to sold-out limited engagement Off-Broadway and Broadway runs. Director John Simpkins has worked with writer Joe Iconis on six projects prior to Love in Hate Nation, including Bloodsong of Love, The Black Suits and all 11 years of The Joe Iconis Christmas Extravaganza. He is Head of Musical Theatre at Penn State School of Theatre, where Love in Hate Nation was commissioned and developed.

“In terms of passion projects, they don't get more passionate than Love in Hate Nation,” says Iconis. “I’m beyond proud of this badly-behaved original musical and I couldn’t be more ecstatic or grateful that Ghostlight and Two River Theater are giving us the opportunity to record it. I think our chorus line of 8 ass-kickin’, diverse, powerhouse women is representative not only of the world we currently live in, but the world we should aspire to live in, and I can’t wait for them to be singing their bloody hearts out over speakers far and wide. Here’s to human beings and musicals and cast albums that don’t fit the mold and here’s to the institutions that support them.”

When Love in Hate Nation premiered in 2019, it was praised by local critics. The show was hailed as “thrilling, exhilarating, exciting and fabulous” by BroadwayWorld. Parterre raved that “Iconis’ score, always tuneful and charming, rises to heights that resonate the best of the Elphaba / Glinda songs in Wicked.” According to Broad Street Review,“Love in Hate Nation is stronger than nearly any new musical I’ve seen this year, rest assured that you’ll leave Hate Nation madly, deeply in love.”