Glitter, Grindr, and the ghost of Abraham Lincoln in LAVENDER MEN – Review 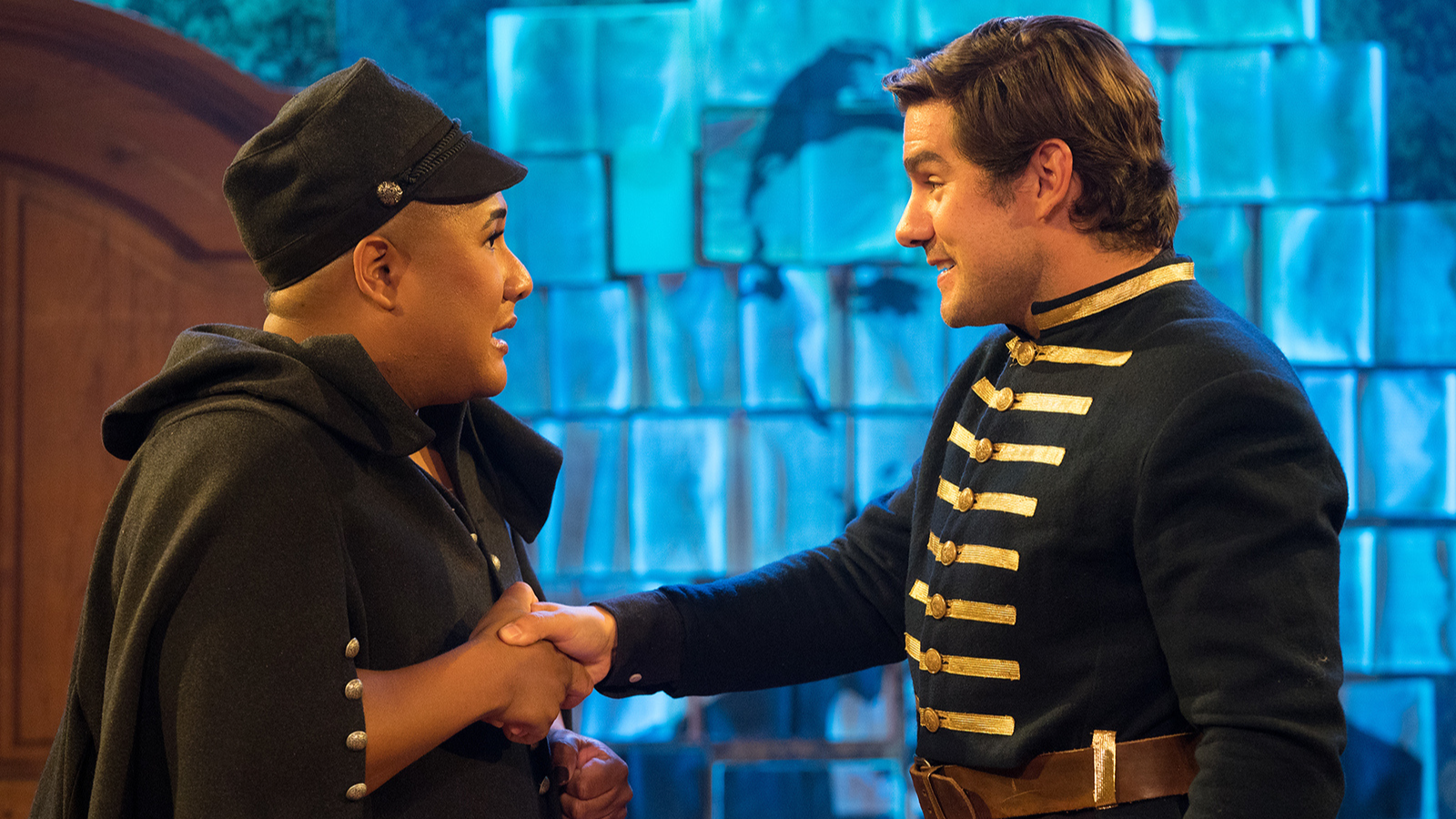 By
Rachel Hsu
No items found.
on
Category:
Reviews

Playwright and performer Roger Q. Mason fabricates an unexpected fantasia in Lavender Men, which made its world premiere at Los Angeles’ Skylight Theatre this month. Mason plays Taffeta, an exuberant femme with pink lids, feathery lashes, and the power to resurrect historical figures as a form of therapy.

Her subjects of choice are Abraham Lincoln (Pete Ploszek) and his handsome young law clerk Elmer Ellsworth (Alex Esola). As Taffeta interrogates her reception in contemporary society as a Black and plus-sized femme, she conjures a love story between the two thin, white, nineteenth-century men. She is more than a fly on the wall, instructing and interacting with her chosen specters and playing every extra in their narrative.

Ellsworth — best remembered as the first Union casualty of the Civil War — immediately accepts Taffeta and agrees to enact a do-over. Lincoln resists, hesitant to lose his lover again.

Taffeta vicariously enjoys the tender romance between Lincoln and Ellsworth, but she is also caught in its crossfire. “No fats, no femmes, no blacks,” she chants early in the show, a phrase endemic to the dating app Grindr. The cruel mantra, so seemingly incongruous with a story about Abe Lincoln, haunts Lavender Men every time Taffeta begins to crumble.

Both men, but especially Lincoln, talk down to her as a servant, disregard her as Mary Todd Lincoln, and disrespect Taffeta herself. She is subjected to anti-Blackness, size discrimination, and misogyny, even as the daydream’s architect. In turn, she dissects and subverts Lincoln’s image as a good ol’ American boy.

Mason writes Lincoln as a highly flawed character. He is high-strung, yearning for spontaneity yet loyal to his commitments. He resents his wife’s sexual desire. His handling of the civil war is strategic, opportunistic, and racist. However, Ploszek’s simmering chemistry with Esola makes it easy to hope for a happy ending. As Lincoln and Ellsworth attempt to rewrite history, Taffeta narrates and intervenes, exercising agency and earning her confidence.

Stephen Gifford’s scenic design revolves entirely around Lincoln. The walls are plastered with books and period pictures in a maximalist horror vacui. The upstage wall displays a front-facing Honest Abe in the style of Banksy, and large portraits of Elmer Ellsworth and Mary Todd Lincoln are on either side of the stage, splitting Lincoln’s (and the audience’s) attention. The busy set works well as Lincoln’s Springfield law office, where they read books right off the walls, and serves passably as his home and a nearby creek.

Where the set is sepia like Lincoln, Dan Weingarten’s lighting design is technicolor like Taffeta. The lights change with each snap of Taffeta’s manicured fingers, expertly in sync with sound design by Erin Bednarz and original music by David Gonzalez.

The dichotomy between Taffeta’s imagination and Lincoln’s reality is highlighted by Wendell Carmichael’s costume design. Lincoln and Ellsworth live in structured clothes in shades of brown, period-accuracy only betrayed by the occasional glint of a zipper. Taffeta’s loud wardrobe changes constantly as she plays every other character, including, memorably, a glittering chandelier.

Mason casts their own dazzling light on American history in this bold self-affirmation shot through with longing.

Lavender Men, presented by Skylight Theatre Company and Playwrights’ Arena, is now in performance at the Skylight Theatre in Los Angeles through September 4. For tickets and more information on streaming, click here.

Rachel Hsu hails from Los Angeles and is currently a student at the UCLA School of Law. Her love of musical theatre started with Tim Burton’s adaptation of Sweeney Todd and things got so out of hand that she and her spouse both included Sondheim quotes in their vows. She worked in editorial design at Hearst’s Cosmopolitan Magazine and was on the staff of the Culinarian Magazine at Columbia University.