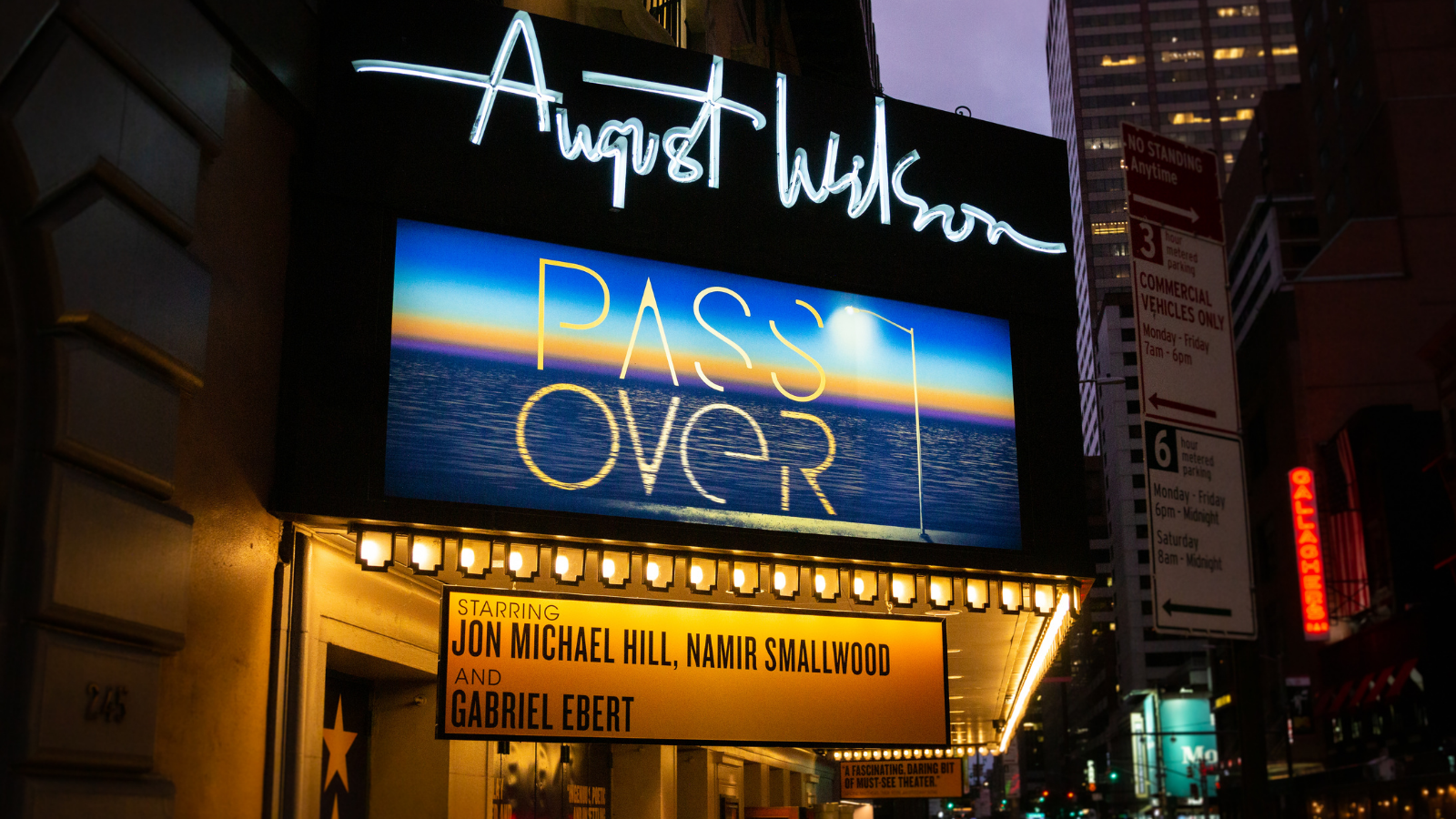 PASS OVER is now in Previews at the August Wilson Theatre in New York City | Photo: Kayleen Bertrand for Theatrely
By
Kobi Kassal
No items found.
on
Category:
Features

Antoinette Chinonye Nwandu’s Pass Over, the first play to begin performances on Broadway since the pandemic shutdown, had its first preview tonight at the August Wilson Theatre on 52nd Street in New York City.

Drawing inspiration from Waiting for Godot and the Exodus story, Pass Over takes place on an unspecified city street corner. Moses and Kitch stand around – talking shit, passing the time, and hoping that maybe today will be different. As they dream of their promised land, a stranger wanders into their space and disrupts their plans.

Following tonight’s performance, the audience spilled out onto 52nd Street outside the August Wilson Theatre to celebrate. With music by S.N.O.B. (DJ Duggz, DJ Ari Grooves and Emily McGill) and delicious food offerings from local vendors, it was certainly a block party we here at Theatrely will not be forgetting.

For tickets and to learn more about Pass Over, visit here. An official opening night is currently set for Sunday, September 12.

All photos by Kayleen Bertrand for Theatrely.