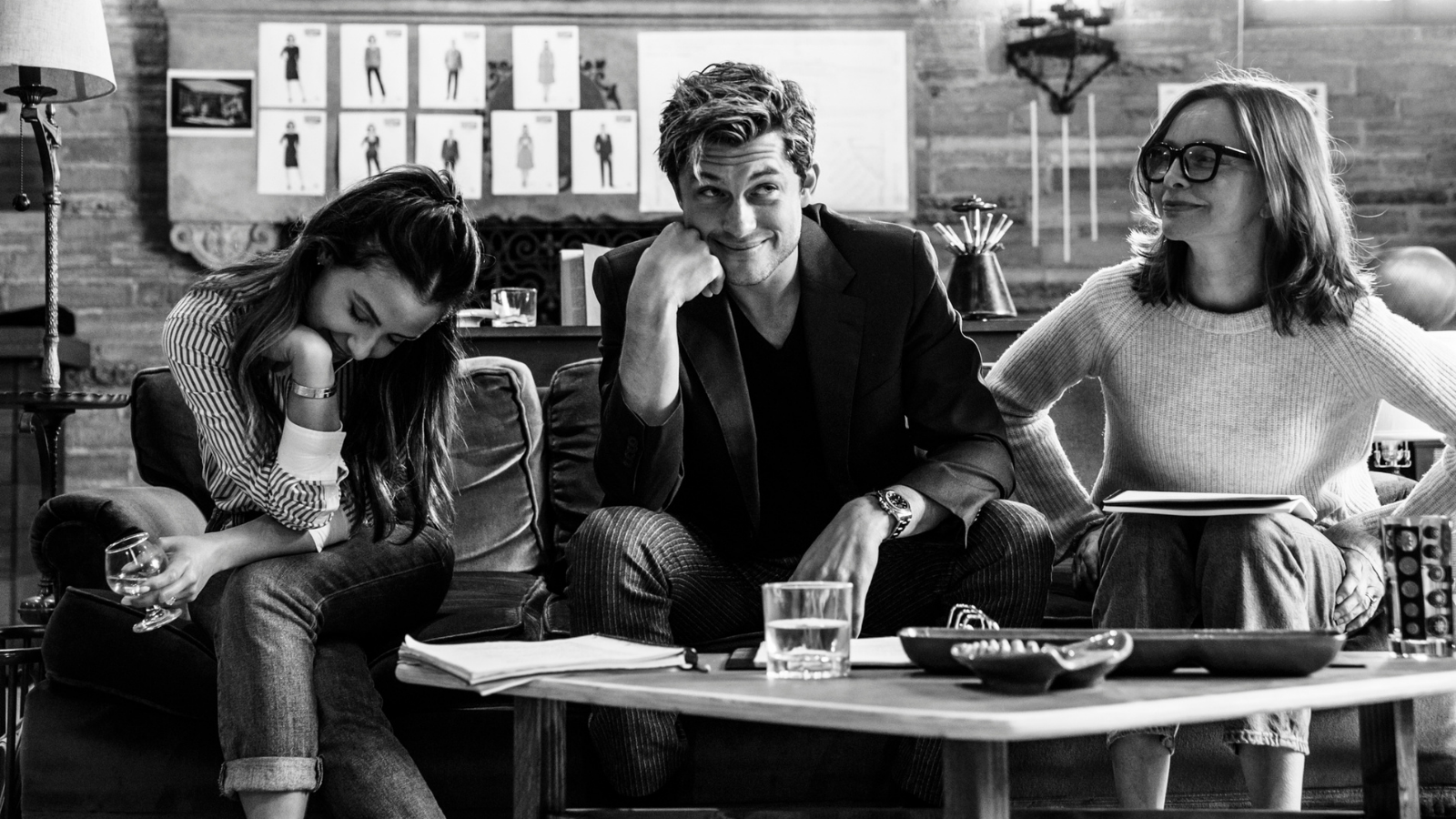 Graham Phillips made quite the impression during the first reading for Who’s Afraid of Virginia Woolf? at the Geffen Playhouse. Walking into the room, he sauntered right up to Zachary Quinto, sat down, put his feet up on the table, and stared at his co-star.

“He gave me this look that was like partially like, ‘Oh, it's on’ and partially like, ‘get your fucking shoes off the table,” says Graham, who plays Nick opposite Quinto as George. With that, the tone was set for the explosive relationship between the young biology professor and the established history professor.

The Edward Albee play follows two couples—George and Martha (Calista Flockhart) and Nick and Honey (Aimee Carrero) over the course of a night as they trade barbs and play increasingly volatile games with one another.

The play is a star vehicle for all four characters. While Quinto quickly turned into a mentor for Graham after their playful first meeting, he also developed a quick relationship with his onstage romantic partner. “[Aimee] has made bold choices from the very beginning…her sense of comedic timing and her ability to work with alcohol as a character is very funny yet realistic.” Together, they’ve been on an “archeological” dig to discover the couple’s past that isn’t seen but needs to be baked into their performance.

Then, of course, there’s Martha. The role won an Oscar for Elizabeth Taylor and a Tony for Uta Hagen, and now Flockhart, a three-time Emmy nominee mostly known for her work on Ally McBeal and Brothers & Sisters, is taking a crack at it. “She’s got such a brilliant take on Martha that I never would have expected,” Graham teases. “She just comes across as more dangerous. It has this almost-transparent quality to her, where you feel like you really know Martha. And then something changes and you realize maybe you have the whole thing wrong all along.”

For Graham, playing Nick is an opportunity to step into acting again. When he got the call to audition, he had just finished directing his second feature with his brother, so it’d been a while since he’d done any acting. “I was kind of starved for it…and what a show to do!”

While the star knew Who’s Afraid of Virginia Woolf?, having read it during school and watched the film, Graham didn’t have a grasp on Nick at first, seeing him simply as a youthful foil to George. As he peeled back the layers, he realized there’s an intense imposter syndrome at play. “He’s having these intellectual conversations with people who have just been living and breathing [university life] like it's nobody’s business. And he’s here trying to show them that he belongs; there's a reason why he says in the text he graduated with his Master’s at 19.”

The show itself is a tough one, despite its witty repartee and rife sexual innuendo (“fancy lyrical weaponry,” as Graham calls it). “I’m hesitant to use the word ‘abusive’ because there's so much humor and love in the play, but it does feel abusive at times and what these characters go through is insane,” Graham says. Without getting too spoiler-y, the trauma they go through in a single night includes: alcohol poisoning, extramarital seduction, and dead children.

In rehearsals, one question kept popping up into Graham’s mind: why don't they leave the party? “Why do they subject themselves to this? The door is right there.” While the play never answers, the performer has his own ideas. “Every time that we go through it, we find one little piece that really clicks and unlocks a new layer in the battleground of [playwright Edward] Albee’s mind.”

Coming to the party, hopefully, are new explorers of Who’s Afraid of Virginia Woolf?, thanks to Graham’s supporters who know him from the Broadway production of 13, and his TV work on The Good Wife. “The idea that like some young, unsuspecting fan of like Riverdale shows up and has to face this barrage for three hours really makes me happy in a way that I’m not sure it should. Maybe I should unpack that with a professional,” he concludes, laughing.