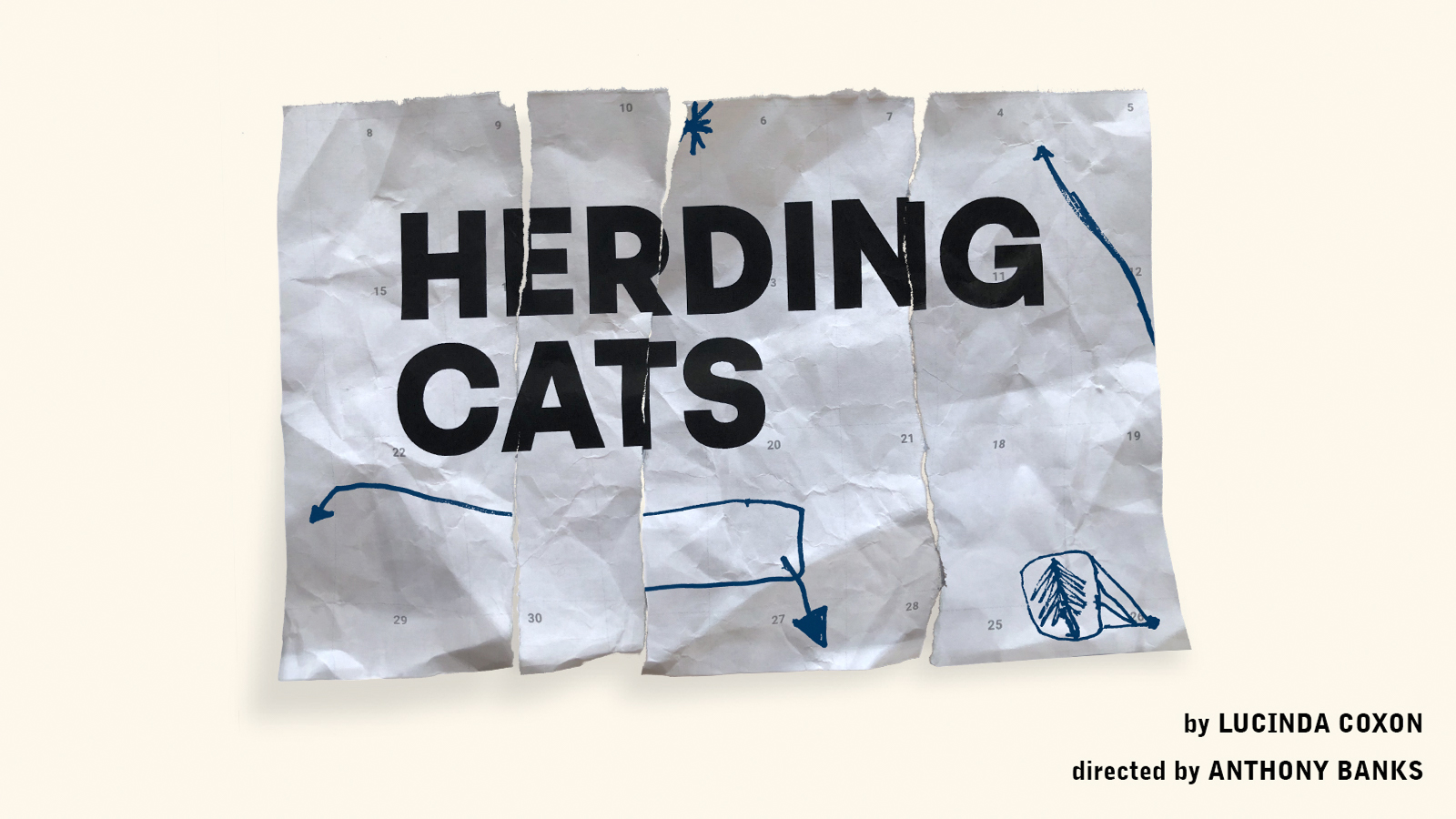 New York-based, Olivier-winning, and Tony-nominated OHenry Productions and Stellar, in association with Soho Theatre, are proud to announce the full cast for the transatlantic production of Herding Cats by Lucinda Coxon (The Danish Girl). Anthony Banks (The Girl on the Train, West End) directs Jassa Ahluwalia (Unforgotten, Peaky Blinders) as Michael, Greg Germann (Grey’s Anatomy, Ally McBeal, Assassins) as Saddo, and Drama Desk nominee Sophie Melville as Justine (Pops, Iphigenia in Splott). This groundbreaking revival of Coxon’s “brave, brutal” (Guardian) play uses the technical feats that adventurous theater artists have discovered during the pandemic and combines them with the raw intimacy of in-person performance.The show has now added extra performances and will run from May 19–22, 2021, with a press performance on May 20. Herding Cats is a Stellar Original production.

As directed by Banks, reunited with Coxon following their collaboration on the 2010 world premiere, the staging is a hybrid of in-person and livestream theatre that marks a first-of-its-kind international collaboration. With Germann performing live in Los Angeles, his character will be transmitted via video-link into the Soho Theatre where Ahluwalia and Melville are performing in-person, creating a unique live experience for the audience. Simultaneously, audiences across the globe can access the production as a live-streamed cinematic theatrical experience that will combine the performances of both the American and British actors in real-time. The production is simultaneously accessible online to audiences across the globe via Stellar and in-person in London at Soho Theatre.

Also announced today is a $10 Lottery which patrons can enter once for a performance of their choice via: www.herdingcatsplay.com/lottery; and a partnership with Broadway For All and Mousetrap Theatre Projects as part of the Broadway Plus One campaign, which provides students in the US and the UK with subsidized $2 tickets to make theatre accessible for all. Broadway For All will manage donations, recruit the student groups through partnerships with Teach For America and the NYC Department of Education, and use the donations to purchase tickets from the box office directly. Ticket buyers can participate in the “Buy One, Give One” (BOGO) program by adding BOGO tickets to their cart during checkout on the Stellar website. For information on how to make a larger, tax deductible donation to the program, visit www.herdingcatsplay.com/bp1

Herding Cats is a chillingly funny play about a generation negotiating intimacy and independence in the 21st century. Meeting the demands of modern life is as impossible as herding cats for Justine, Michael, and Saddo. To deal with work, Justine talks - a little too much - to her roommate Michael who earns a living by chatting with strangers like Saddo. But all three will soon find that in a cold, disconnected world, words may not be enough.

Playwright Lucinda Coxon said, “Ten years on from the première of Herding Cats, I’m excited to share the story with audiences once again. It strikes me that the play’s exploration of acute loneliness and of the striking inequality between genders and generations feels incredibly of the moment, particularly as I reflect on the events of the last year.”