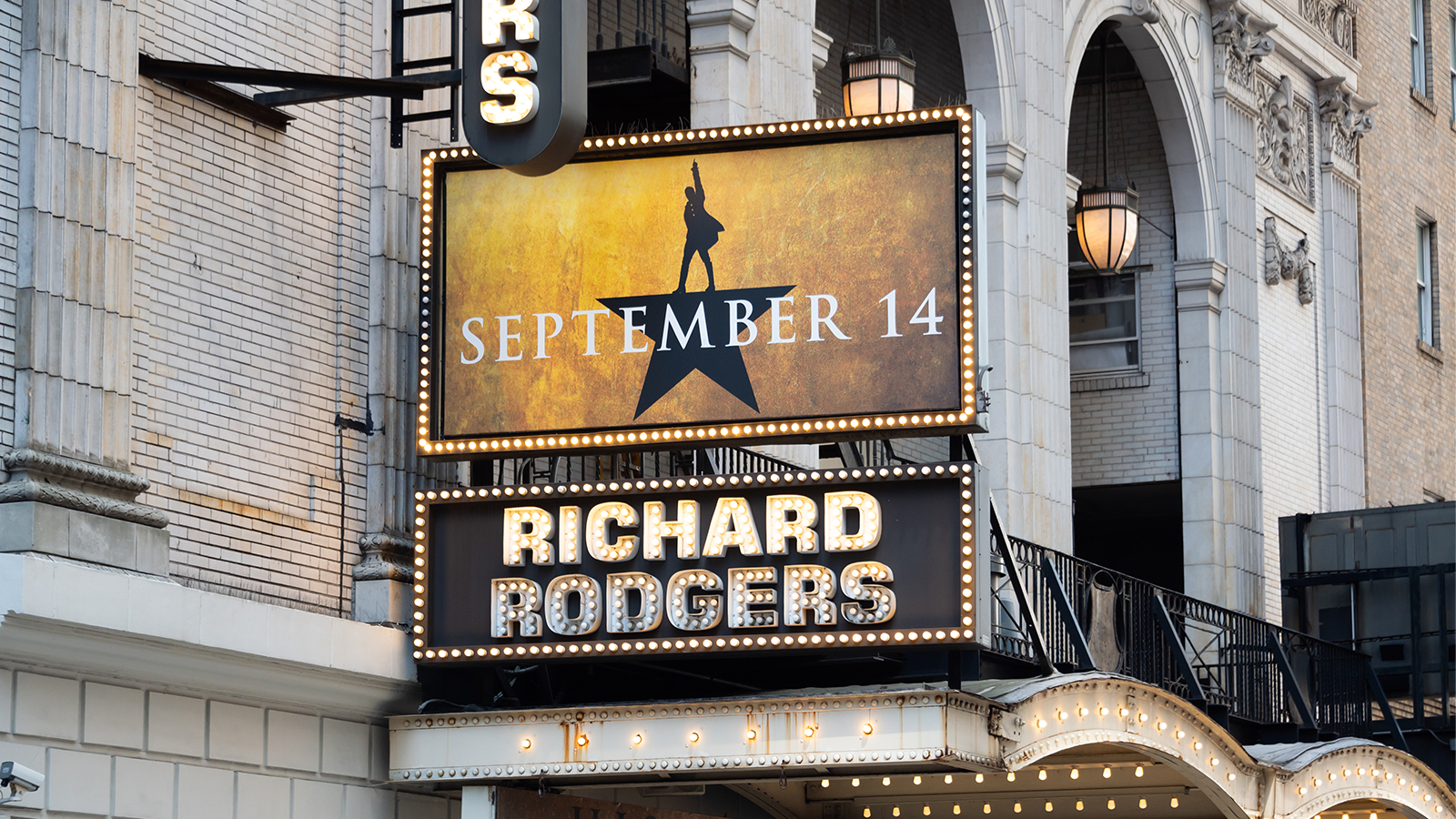 Beginning August 2, the Richard Rodgers box office will be open Monday through Saturday from 10:00 am - 6:00 pm. Tickets for Hamilton on Broadway are currently on sale for performances beginning September 14, 2021 through June 5, 2022.

On August 12, Hamilton The Store will reopen in New York City and launch a second location in Los Angeles. The New York City store, which has been updated and will include new merchandise, is located across the street from the Richard Rodgers Theatre at the Paramount Hotel (235 West 46th Street). The Los Angeles outpost is located next to the Pantages Theatre (6233 Hollywood Blvd). Both will open their doors at 11:00 am, respectively, on August 12. Store hours will be Tuesday - Saturday 11:00 am - 8:00 pm and Sunday 12:00 pm - 6:00 pm.

There are many ticket resellers and secondary markets for tickets. For the best seats and to eliminate the risk of fraud, get tickets in advance through the Richard Rodgers Theatre, Ticketmaster, Broadway Direct or Broadway.com. Purchasing tickets from any other seller runs a high risk of receiving fraudulent tickets.

Hamilton is the story of America then, told by America now. Featuring a score that blends hip-hop, jazz, R&B and Broadway, Hamilton has taken the story of American founding father Alexander Hamilton and created a revolutionary moment in theatre—a musical that has had a profound impact on culture, politics, and education.

With book, music, and lyrics by Lin-Manuel Miranda, direction by Thomas Kail, choreography by Andy Blankenbuehler, and musical supervision and orchestrations by Alex Lacamoire, Hamilton is based on Ron Chernow’s acclaimed biography. It has won Tony, Grammy, and Olivier Awards, the Pulitzer Prize for Drama, and an unprecedented special citation from the Kennedy Center Honors.

The musical is produced by Jeffrey Seller, Sander Jacobs, Jill Furman and The Public Theater.

For information on Hamilton, visit www.HamiltonMusical.com