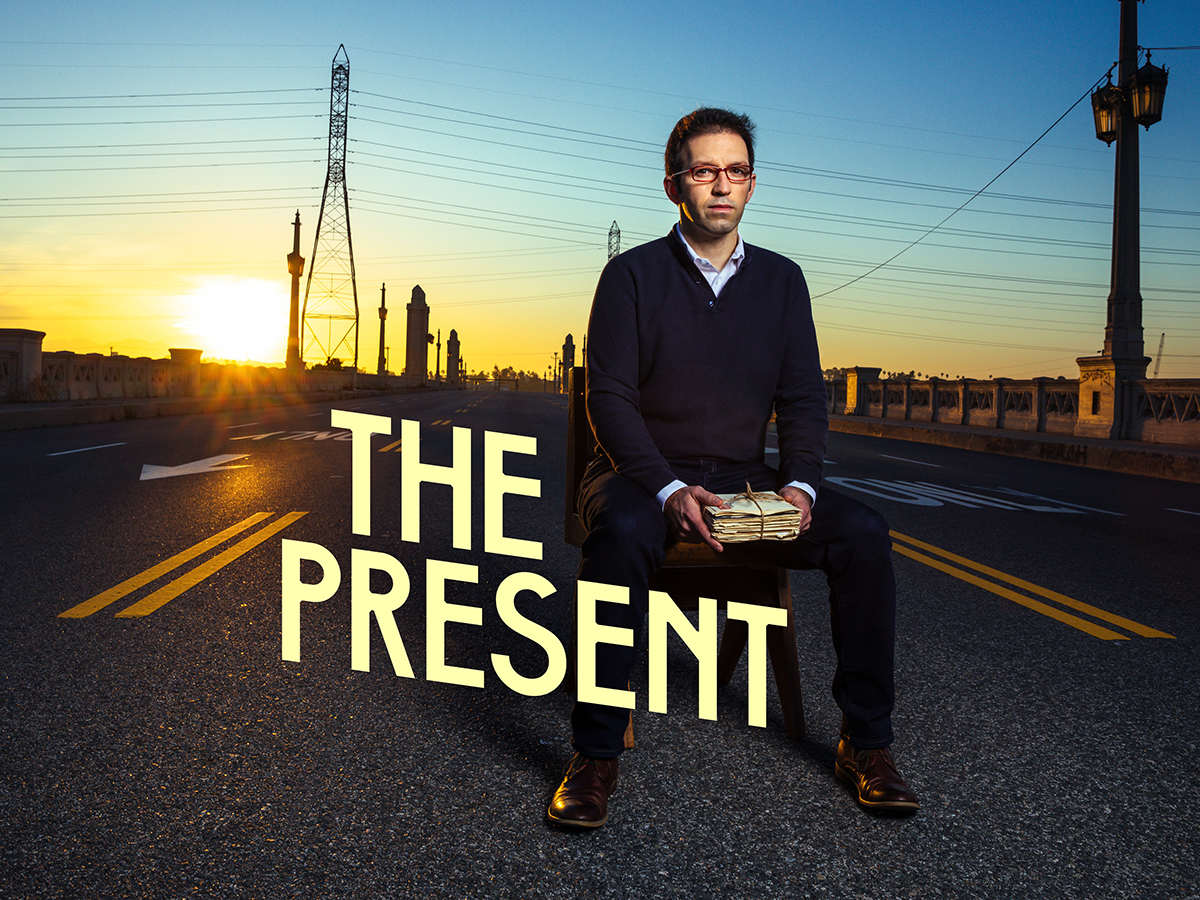 Photography by Jeff Lorch
By
Kobi Kassal
No items found.
on
Category:
Features

With all that is going on in the world, it may be hard to take a step back and focus on today, but that is exactly what illusionist Helder Guimarães is honing in on in his new show, The Present, which opened Thursday at the Geffen Playhouse. Well, not physically at the Playhouse, but actually right at home. Directed by famed Hollywood producer Frank Marshall, who is responsible for such franchises as Back to the Future, Indiana Jones, and Jurassic World, to name a few, Guimarães guides an audience of 25 households over Zoom, a popular video-conferencing app, on an hour-long, captivating trip.

A few days before show time, a mysterious package showed up at my door with the explicit instructions of not to open until told to do so. Broadcasting from his home in Los Angeles, Guimarães uses his quirky charm and energetic wit to mystify the audience. With tales of his own quarantine as a child mixed with masterful illusions that the whole audience gets to partake in, The Present creates the perfect escape from the world we are currently living in, even if just for a short while.

“I’ve always had the idea about creating a magic-experience where people do magic in their own hand, and in their own home,” said Guimarães. When theatre across the nation began to shutter in mid-March due to the ongoing global pandemic, the Geffen reached out to Guimarães about creating a clip for their #GeffenStayhouse video series and after some conversation, the idea for The Present was born. “The idea lends itself so much for the current situation we are all in.”

This unique virtual event is the future of theatre right now, and the Geffen is paving the way. The communal experience is something we are all craving at this particular moment in time and The Present certainly delivers. It is important to note audience members will be on camera with their  microphone on for a majority of the performance, to interact with Guimarães and each other. To hear the collective gasps and cheers which are coming from living rooms around the country was almost as exciting as the tricks themselves. And while I did hear an audience member accidentally brag about her delicious brisket in the oven, I knew we were all in this together. Boston may be 3,000 miles away from Los Angeles, but I felt I had a front row seat to all of the action.

“When I am in a live theatre I look at the eyes of the audience, I am always scanning from one person to the next. Now I am looking directly into one camera, but Frank [Marshall] was extremely helpful in that case,” he noted.

And when he is not performing magic eight times a week? Guimarães is hunkered down at home with his fiancée. “I love to read a new book, chat with friends, or perhaps go out and buy groceries,” he joked. Magicians - they are just like us!

"The Present" was extended due to popular demand, and has already sold out its two month run. For more information and to see if tickets have been released, visit: www.geffenplayhouse.org/shows/the-present