HOW I LEARNED TO DRIVE Stuns With Two Excellent Performances — Review 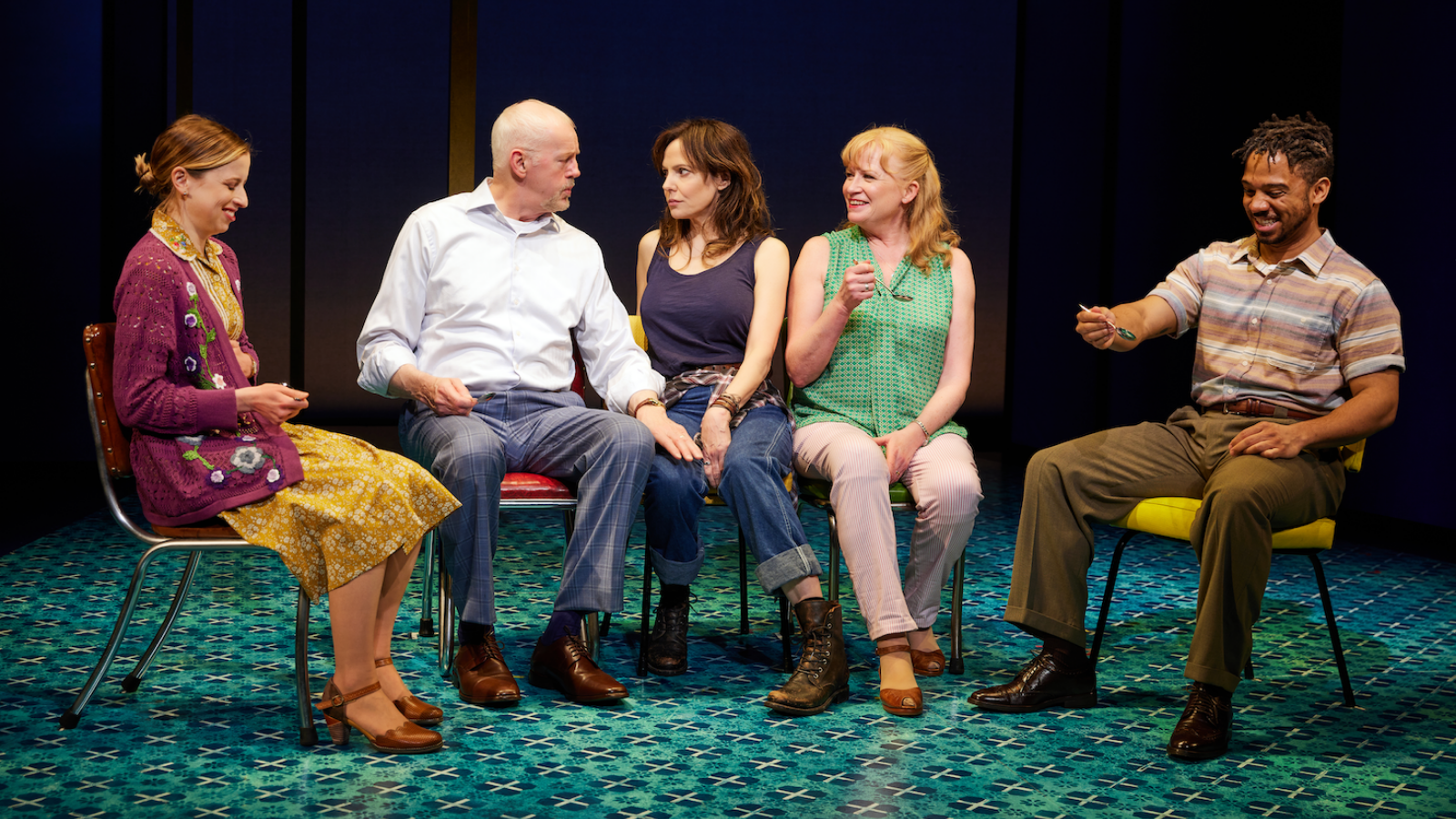 The company of How I Learned to Drive | Photo: Jeremy Daniel

No one plays emotional paralysis like Mary-Louise Parker, one of our most fascinating actors working today. A true star, her characters are indelibly individual but all unmistakably her. Whether biding time with an iced coffee straw in her mouth or drug-dazed in a snowy reverie, the woman has built a career out of the cloudy moments when we realize we’ve let ourselves get too far ahead of our own sensitive capacities. She’s now returned to one of her best-regarded roles in the Broadway premiere of Paula Vogel’s Pulitzer winner, How I Learned to Drive, a quarter-century after starring in its world debut downtown. What do you call a revelation that’s already been proven?

As Li’l Bit, Parker plays one half of an uncomfortable familial relationship, with David Morse (repeating his role from the original production) playing the uncle-by-marriage who groomed and manipulated her throughout her adolescence in the rural Maryland of the late ‘60s and early ‘70s. The Li’l Bit who narrates might be an adult, cognizant of the effects what she has been through has had on her psyche, but no one has ever felt younger than Parker in the presence of the excellent Morse, who fleshes out Vogel’s play with a crushing gentleness (Vogel was inspired by Nabokov’s Humbert Humbert).

The non-linear script traces the years following the 12-year-old Li’l Bit’s offer to talk Uncle Buck through his alcoholism—a promise he twists and turns into a long, continuous system of abuse. Their relationship is told mostly through a series of “driving lessons,” centered around the afternoons the two would spend as Li’l Bit began to drive, slowly taking control of her own time on the road despite his best road blocks. Parker then gets to play her character throughout a sustained paralysis: the young Li’l Bit is caught at a crossroads, the adult is forced to relive through the act of telling. Even reclamation through retelling can be a dangerous practice of suspended animation.

A great Alyssa May Gold (as “Teenage Greek Chorus”) deftly brings out the grandmother’s childishness—a former child bride stuck in an arrested development that denies her wisdom while allowing the worst of her own experience to continue through the family. The buck somewhat stops with Li’l Bit’s mother, played with an embattled, heartrending courage by Johanna Day. Her lesson in how women should maintain composure while drinking — delivered as Li’l Bit gets drunk off nervous sexuality at an intimate dinner with Peck — is funny in its backwardness until the reality of her experiences catches up to her daughter.

Chris Myers has the less showy role of “Male Greek Chorus,” mostly standing in for what few other men populate this rural landscape, but he turns in a solid, affecting performance, particularly as a nerdy teen at a high school dance. But Mark Brokaw, who also directed the original off-Broadway iteration, does not let a single element of this production fall by the wayside, each scene, cast member, and technical aspect impeccably positioned and attuned to Vogel’s gripping, streamlined work.

Rachel Hauck’s elegant set consists of a series of large panels on which Lucy Mackinnon’s video designs are displayed, acting as windows to the past that push Li’l Bit’s memories out towards the audience. The costumes, by Dede Ayite (booked and busy this season), and lighting, by Mark McCullough, are similarly straightforward.

There are many reasons why people are skeptical of revivals, especially ones that trot out an original cast member for box office nostalgia’s sake. But How I Learned to Drive, finally on America’s most visible stage, is neither showy nor superfluous. Mary-Louise Parker has, quite frankly, never been better, and her chemistry with Morse is enough reason to commit the production to celluloid history. Seldom does a return engagement do complete justice to its source material, but this is the rare production that proves itself absolutely vital with each passing minute of its captivating time.

How I Learned to Drive is in performance through May 29, 2022 at the Samuel J. Friedman Theatre on 47th Street in New York City. For tickets and more information, visit here.