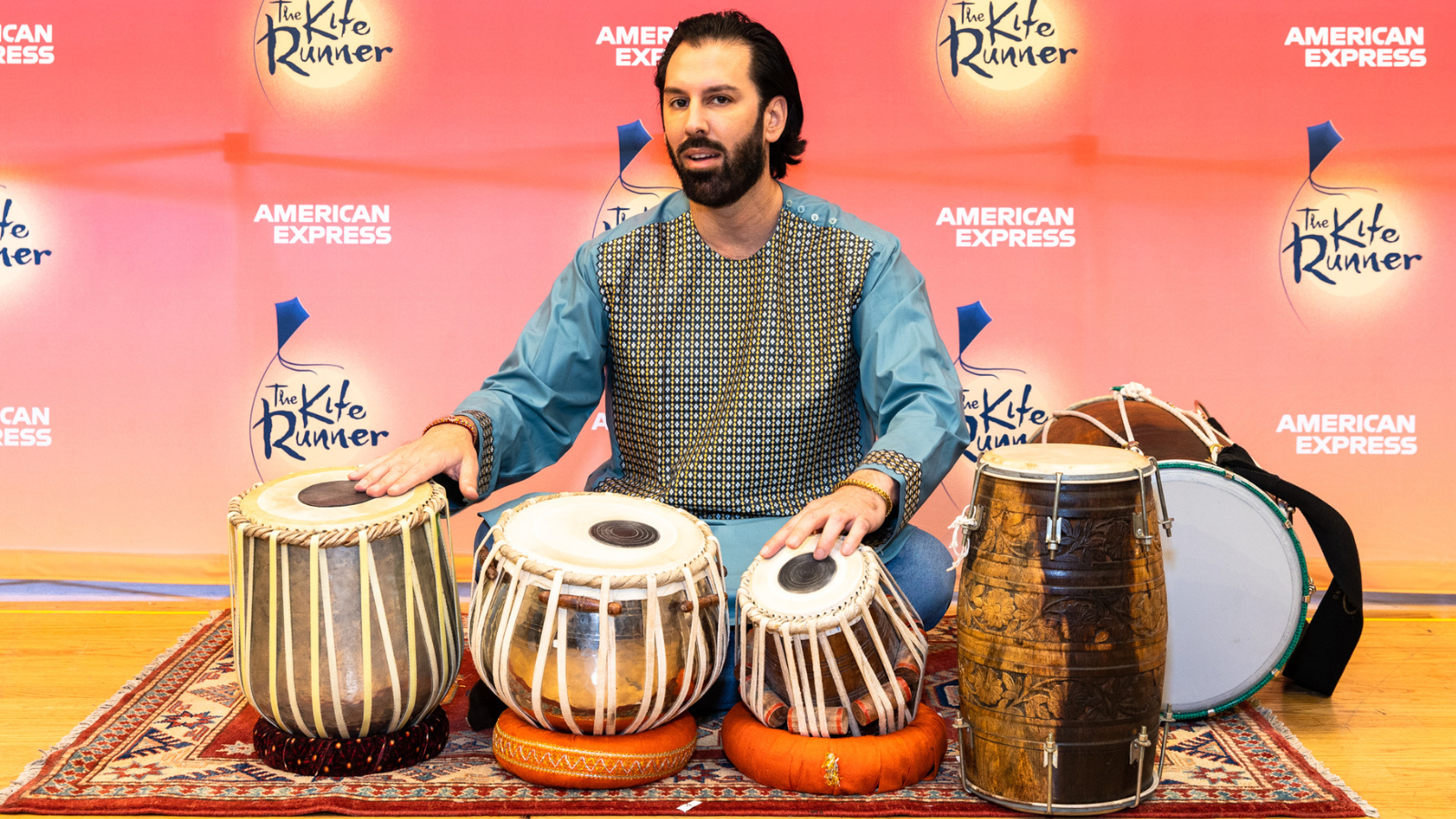 Here’s a not-so-fun-fact: as of August 2021, music is banned in Afghanistan. It’s a bleak start to this feature but there’s a silver lining: the unique sounds of the nation will be heard all summer on Broadway in The Kite Runner. The stage adaptation of Khaled Hosseini’s best-selling novel began previews July 6 at the Helen Hayes Theater ahead of a July 21 opening night.

“Afghan music has not been introduced to the West yet at its full-blown capacity,” says tabla artist Salar Nader, one of two figures working on the show’s music. “We’re just scratching the surface now and…you don’t get to hear it coming out of Afghanistan right now, but those of us who are here, it’s our duty to play and perform and speak the language of the music.”

Composer Jonathan Girling says it’s an honor to work with Nader, saying the artist brings a real “authenticity and genuineness” to their partnership. The same goes for the actors in the show, many of whom also sing (it’s not a musical, though). “It really is a beautiful company telling an incredible story and I think everybody has been incredibly generous with what they've brought to the process so far.”

Together, Nader and Girling are bringing a wide range of Afghan music to audiences, incorporating native instruments in a way that promises to underpin the story, not swallow it. The Kite Runner spans multiple locations, meaning the duo have incorporated a variety of sounds: Tajik, Hazaragi, Pashto, Kabuli, and more.

“We have at least 45 to 50 different musical genres,” says Nader of Afghanistan’s musical roots. “You also have the different ethnic tribes—when you move about 20 kilometers, the dialect changes and so does the music, the poetry, and the instruments that are used.”

Among those featured on stage are the Afghan Zehrbhagali (an underarm drum), the Bami Kabuli (a bass drum from Kabul), the Dholaki Paghmani (a double-sided drum from Paghman), the Attan Dhol (another drum used for the National Dance), the Tabla (an Indian percussion), and Singing Bowls (round objects that create a sound as you move a stick around the outer rim). Listen to a few of them below:

In addition to the music, Amir Arison, who plays the main character Amir in the show, thinks The Kite Runner will offer a catharsis for audiences. “Reading the novel is an extraordinary experience, but it’s a personal one,” he says. “In the theatre, we’re a collective together and there’s things that this creative team have done that are magical that you can only experience [there].”