How YOU WILL GET SICK Stars Linda Lavin and Daniel K. Isaac Built a New Family 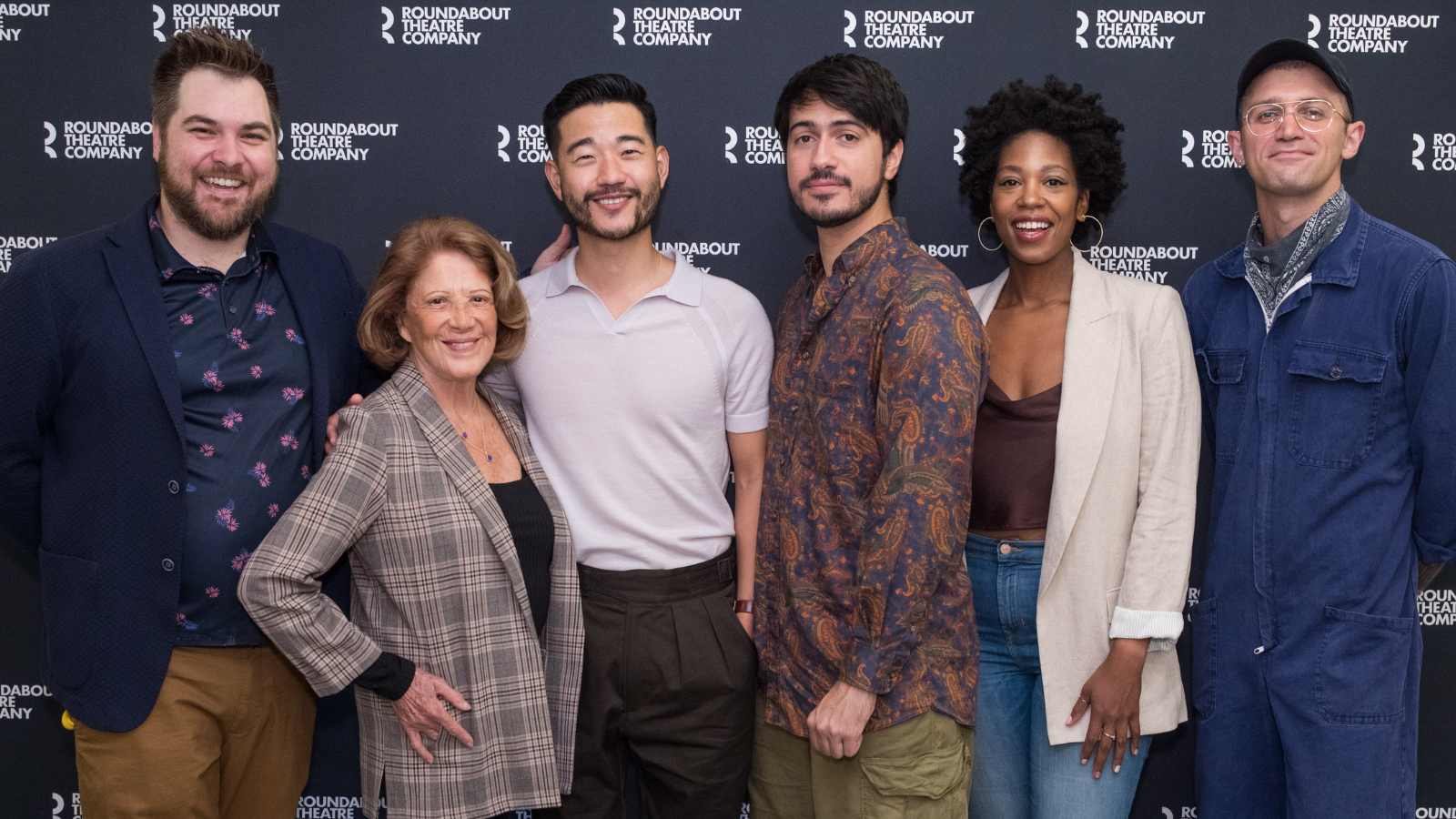 There are some jobs that feel right from day one. Linda Lavin and Daniel K. Isaac knew the moment they met in the rehearsal room that working on Noah Diaz’s new play, You Will Get Sick, now playing Off-Broadway at Roundabout’s Laura Pels Theatre, would be a life-changing experience.

“It was an immediate connection and it gets deeper all the time,” Lavin told me in an interview recently. “We have a wonderful relationship and a wonderful time working together. The whole company, as a team, we all have each other’s backs. It’s as good a team as the New York Knicks.”

Isaac, also present for the interview, mirrored the Tony winner’s feelings. Of their meeting, he says, “I felt like I would be in such good hands with Linda.” Together, they share the stage with Marinda Anderson, Nate Miller, and Dario Ladani Sanchez in a play that explores what it means to allow strangers into your life. Directed by Sam Pinkleton, the play showcases the stark realities of illness and aging with surrealist motifs.

None of the characters have names; like the Thoughts in A Stange Loop, they are all identified as numbers. When #1 (Isaac) receives a terminal diagnosis, he hires #2 (Lavin) to help him break the news to his sister. Together, #1 and #2 develop a caretaker bond superglued together by circumstance, kindness, and a little bit of money.

The rest of the plot is best left to audiences to experience first-hand, but suffice to say the work explores what happens when two strangers begin to open up to each other after a near-lifetime of feeling alone. Lavin says it’s “the evolution of a relationship of two people who had nothing in common except each other.” Isolation is their only shared trait, so as they’re brought in by “desire and service,” the characters learn how to be alone, together.

The star wasn’t sure she wanted to take on the role at first. She didn’t want to play another angry or bitter character with “cantankerous bickering,” as Lavin calls it (for sure, #2 is a hardened New Yorker). “But I couldn't stop reading it,” she says. “I didn't toss it away…As I kept reading it, I started reading it out loud, which is always a sign for me.”

With that good omen, Lavin dug in more and found layer after layer. While dark in its theme of terminal illness, the play is ultimately a winning comedy. There are several laugh-out-loud moments that resonate deeply with anyone who has tried to help another—even a stranger.

“I’ll say on our first read-through in front of the room where everyone was there, [Linda] had everyone cackling and in tears,” says Isaac. “That's a really essential part of why we're having such a good time, isn’t it? The laughter,” Lavin chimes in.

What finally hooked her was the substance of the role (including some singing!) and the telling of a story “not only about disease, but… the loss of certain powers: physical, emotional, mental that come with living and aging. I think it’s a very realistic play; it’s poetic. I don’t think there’s anything obscure about it; it’s completely identifiable if we are willing to listen.”

It’s a powerful play, too, about the realities of being alone. “I know that there is a truth in Noah's script that resonates in my bones, my soul, and my DNA in a way that I had to tell the story,” says Isaac who turned down another project and risked his scene-stealing role in Billions, currently filming the seventh season. Thankfully, the Showtime series was happy to work around his schedule.

There are even some real-life parallels for Isaac, who like his character, is going through a separation (the performer did not divulge any further than that). As #1 finds himself sick and alone, along comes #2 to help. “There are people who might come into your life that surprise you,” says Isaac. “And if you let them, they can really be there for you in a way that Linda has been there for me in my personal and professional lives right now.”

Lavin says people have come up to them at the end of the show who are still crying or laughing, their emotions free-flowing from the 90-minute theatrical experience. “They go away and they write to us and say, ‘it's still with me days and days after.’ The play stays... it is about life and how we choose to live it and with who.”

That parallel bond, between #1 and #2, Linda and Daniel, is unbreakable. The pair now go out nightly after each show, regaling each other with stories and personal truths. Sometimes, they’re joined by castmates or friends or family; sometimes, it’s a combination of the three; and other times, it’s just them. “I am so thankful that a) our show is less than 90 minutes and b) Linda enjoys this tradition with me because it is truly cathartic,” says Isaac.

“[You Will Get Sick] will have a life forever, with or without us. But here we are, doing it happily,” concludes Lavin.