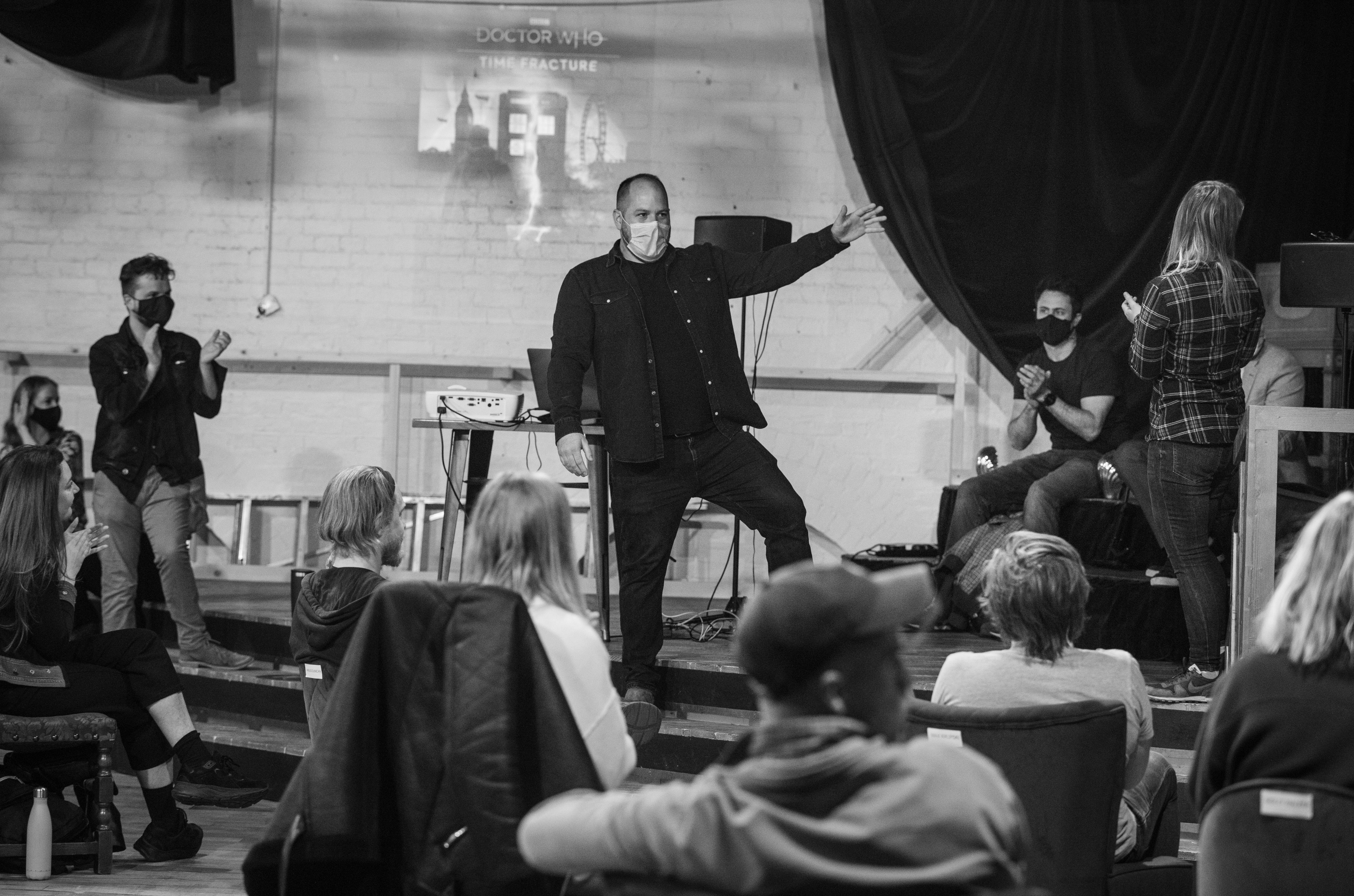 Doctor Who Time Fracture has announced the full cast for its immersive adventure. Following over 5,000 applications, a cast of forty-two performers are ready to begin rehearsals as the magnitude of this immersive production begins to unfold.

Director Tom Maller said ‘The first day of rehearsals has finally arrived and we’re so excited to bring the story of Doctor Who Time Fracture to life over the coming weeks. The response to our application process has been overwhelming, as was the talent we met at our carefully managed audition process.  We are delighted with our cast who are all ready for an intensive rehearsal period before we finally welcome audiences into Unit HQ from the first preview on May 26.’

It will take a company of 86 people to run each performance of Doctor Who Time Fracture, 42 of which are cast members selected from over 5,000 applications. The cast will embody  Daleks, Cybermen, Weeping Angels and a host of other well-known characters that will be brought to life when the show previews in May this year.

Original costumes and props from across various episodes of the TV series feature in the production, sourced from the BBC’s Doctor Who props store in Cardiff. Many additional items that were either unavailable or no longer exist have been recreated in meticulous detail by some of the industry’s leading prop and costume experts, immersing fans into the world of Doctor Who like never before.

The build of this ambitious project is now complete  with seventeen worlds spread across a vast 2,700m square space, with an army of over 40 including set dressers and sound technicians responsible for developing the space into an extraordinary immersive theatre environment.

Doctor Who Time Fracture puts fans at the heart of the story, plunged into a journey across space and time. Featuring amazingly realistic worlds – audiences will discover  that it’s time to step up, be the hero and save the universe!

From the team behind The Great Gatsby, the UK’s longest running immersive show, Doctor Who Time Fracture will preview from May 26 with tickets still available to buy now.