A Chat with Broadway's Clay Thomson 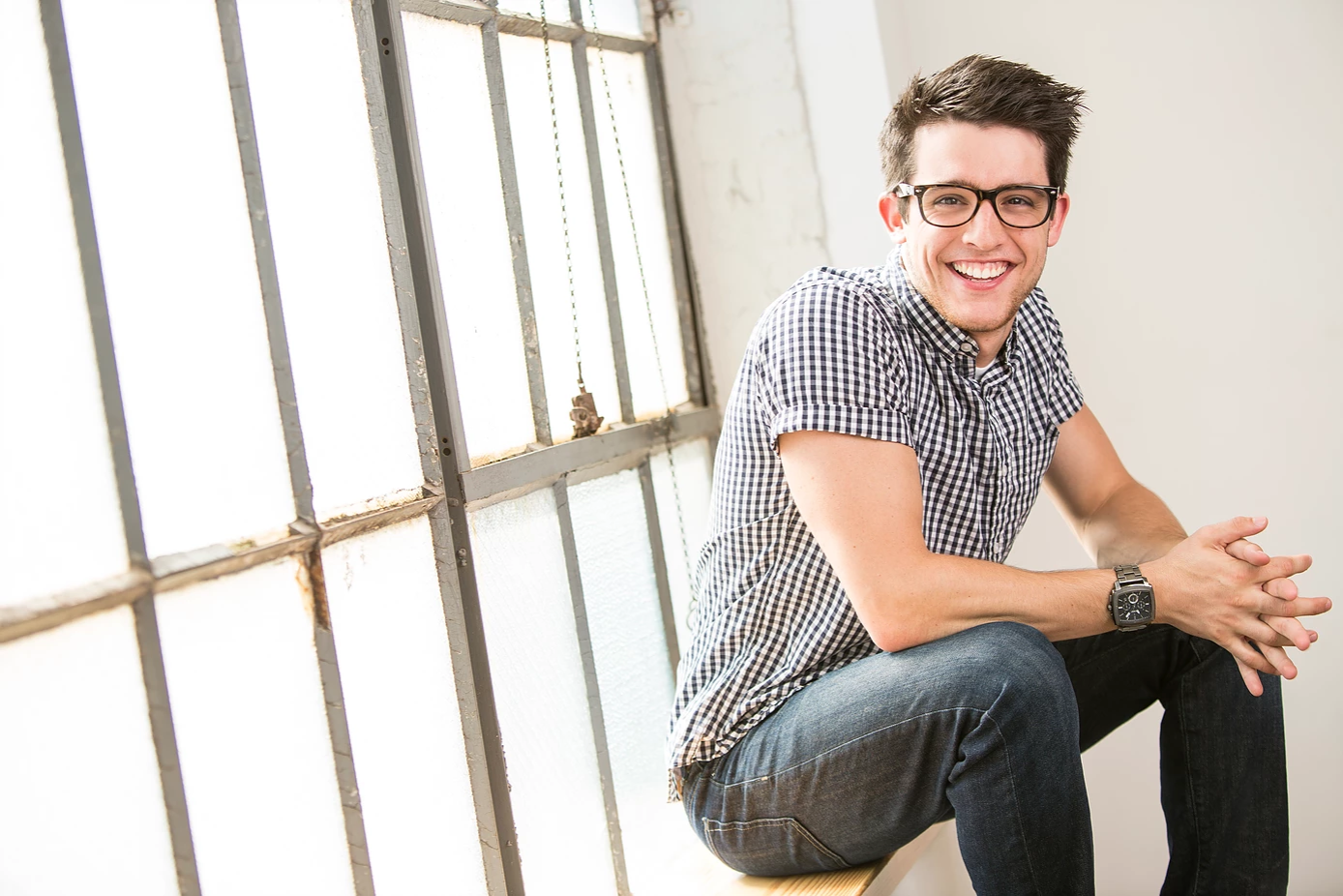 via Mr. Thomson's website
By
Kobi Kassal
No items found.
on
Category:
Features

Theatre Talk Boston spoke with Broadway’s Clay Thomson, who choreographed Matilda playing at the Franklin Performing Arts Company this month. Read about his experience being in the original Broadway cast of Matilda, his dream show, and his upcoming nuptial plans!

TTB: I guess to start off, tell us what Matilda is about?

Clay: Yes. So, it's about a young girl who grows up with her parents not supporting her. She likes to read–she's a very smart girl and her parents are not as bright as her. They like watching T.V. and they like their son who just sits in a chair and watches T.V. and it's about Matilda going to school, meeting her teacher Miss Honey who's this lovely teacher for her. She then meets the Trunchbull who is the headmistress of the school. It's about her overcoming the power of the bull and the growing to love Miss Honey and Miss Honey getting her confidence and power through Matilda.

TTB: And of course, you were in the original Broadway production. How about experience for you?

Clay: Oh, amazing. I was in the original Broadway company as a swing, so I understudied all of the ensemble members and then I came back about two years into the run and I took over for Matilda’s brother, Michael.

TTB: Going off that, do you have a favorite memory from that show?

Clay: I mean, being in the original company I got to be a part of the Tony Awards and the Macy's Thanksgiving Day Parade and those were extremely special because I grew up watching the Tonys and watching the parade at home. Being on T.V. knowing young me would be watching this was so special. I was able to record the original Broadway cast album, and as a kid driving to music rehearsal or play practice I would always listen to original Broadway cast recordings. Being on an album is for sure very surreal and a full circle moment.

TTB: What does it feel like coming back to choreograph the show?‍

Clay: It's crazy, and I love it! It's actually my first show that I've ever choreographed. I've set dance pieces for guest studios and taught masterclasses all over the country, but this is my first full-book musical that I'm choreographing, and it is the most fun. I'm having such a blast doing it. And I would love to do it more and it is just such a great experience.

TTB: So, talk to me about your process of choreographing. You obviously are so close to the original source material–are you relying more on that or are you trying to do your own spin?

Clay: No, I'm definitely trying to do my own spin–I'm taking inspiration from the original with the hard hitting style of “Revolting Children” and then there's a number called “Loud” that's a big salsa dancing number and I've definitely kept that salsa dancing but it's all my own choreography. I mean my inspiration is that I've just listened to the soundtrack clearly so many times and I've listened to the show so many times and so hearing that and it actually difficult in the beginning to kind of get my mind away from the original dances because I knew them so well.

Clay: That's a good question! I mean–I prefer being in the ensemble than playing a lead so I would say instead of a dream role, a dream show I want to do is Hairspray. I want to be just any of the nicest kids in town and I want to dance that Jerry Mitchell choreography so bad. I want them to revive it. So, Jerry if you're listening - bring it back.

TTB: Well, I know it's coming to London. So perhaps!

Clay: Oh, that's right! But what do I want to choreograph? That's such a good question. I mean I was actually supposed to choreograph Newsies last year here, but I ended up getting King Kong on Broadway. I’d love to take a stab at Newsies.

TTB: Oh King Kong; I just have to say I loved it so much. I had no idea what to expect walking in, but it was just so much fun. And I'm still so bitter we did not get a cast recording for us.

TTB: Well, what was that experience like being part of that show?

Clay: I mean, they did it in Australia years ago and I remember seeing videos of it on BroadwayWorld and Broadway.com and I was like that looks so cool. So for them to announce that it was coming to New York, I was like yes I'll finally get to see this and I'll probably go see it like three times because I'm going to like it. Then I did a show with the choreographer out of town–I did Jesus Christ Superstar with him in Chicago. I worked with him and he was telling me stories about it and I ended up booking the show. I got to watch the whole process as one of the swings. It was an amazing experience overall.

TTB: I just I loved it so much. I wish we had the album.

Clay: I know me too.

TTB: Congratulations on your upcoming wedding!

TTB: What's next for you after Matilda?

Clay: I actually haven't been auditioning because of the wedding. I've been laying low because there's all of the planning and what not. All of my time is going to the wedding! Nothing's on the horizon yet but just living in New York and being married. That’s what’s next!

‘Matilda’ plays at FPAC until October 27. Tickets at: https://www.fpaconline.com/events.php?id=1293