A Chat with Laurie Davidson from the upcoming "Cats" Film 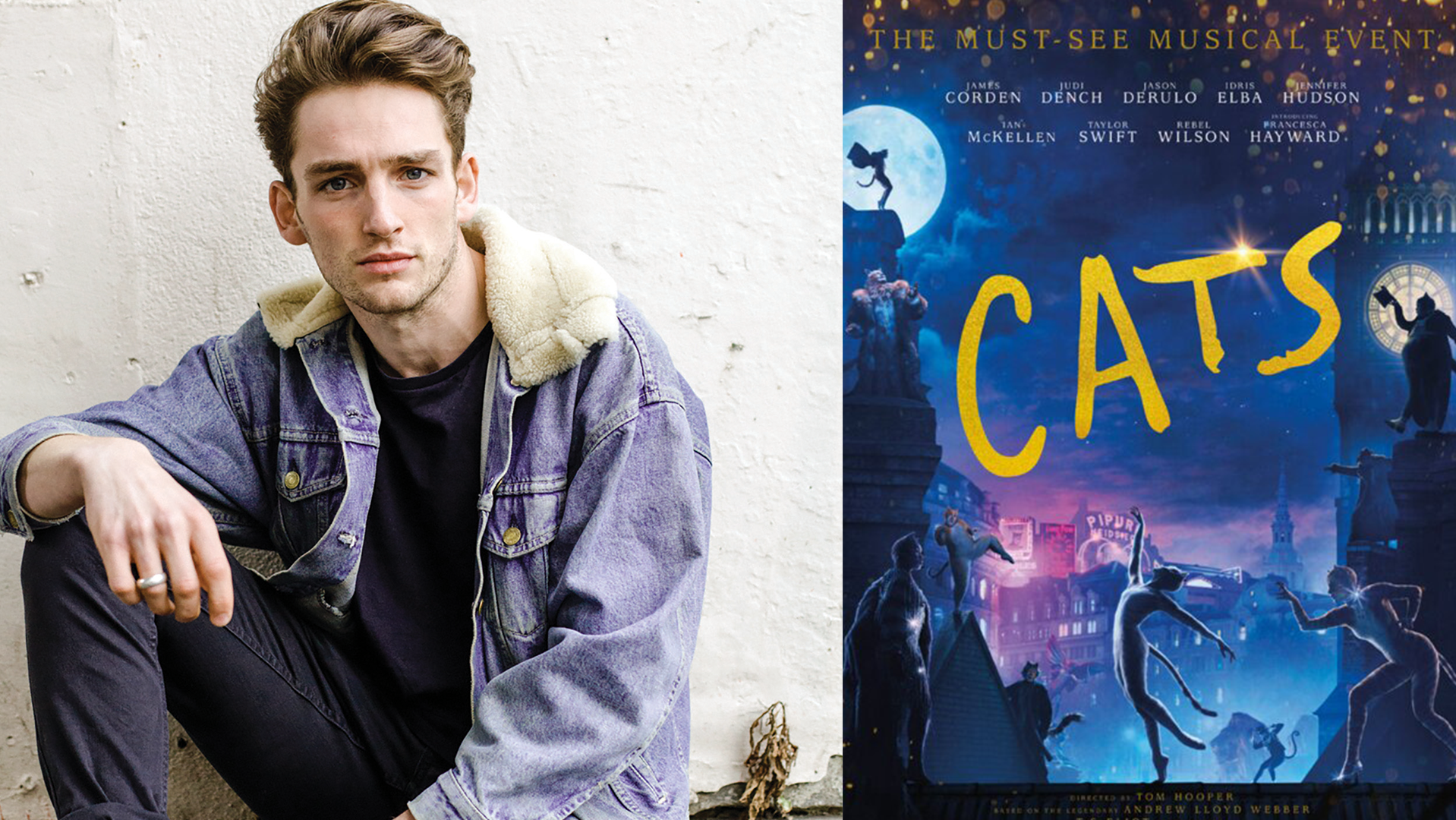 We here at Theatre Talk Boston have been patiently waiting for years for the Cats movie to finally come to cinemas. Kobi Kassal (Theatre Talk Boston Editor-in-Chief) recently chatted with Laurie Davidson, who plays Mr. Mistoffelees in the film, about his experience bringing this epic feline flick to life.

Theatre Talk Boston: So take me back, before you had auditioned or anything–what was going through your mind when you heard they were turning this iconic musical into a film?

Laurie Davidson: You know it’s funny, I had never seen or listened to Cats before. I knew it was a huge phenomenon, but it was just never on my radar. I truly didn’t know much about it until my agent sent me the script. Before the audition I listened to all of the music, as well as watched the recording of the original show, but I had heard they wanted to take my character in a different direction. After having conversations with Tom Hooper [film director], we decided on Mr. Mistoffelees as the shy magician type.

TTB: I’m curious, when someone asks what is Cats about...how do you explain it?

Davidson: It is truly a dream world–unlike anything you have seen before. It is almost as if you leave reality at the door to the cinema and enter this strange place. I think audiences are going to love coming to this world that we have created–come in, we invite you in.

TTB: I know that last night was the big premiere down in New York, how was that experience?

Davidson: Yeah, it was crazy. Watching the movie on that huge screen was like a stage musical. The audience that was there was whooping and cheering after every number. I think our film has the quality of a live performance. When we were on set–it was all recorded live. That is one of my favorite parts of performing in this movie. It was a total thrill.

TTB: The cast of this movie is top notch–what was it like working with these legends everyday. I mean from Taylor Swift to Jennifer Hudson...

Davidson: I am a total theatre nerd–you know I was classically trained, so when I showed up to set and Sir Ian McKellen and Dame Judy Dench were there, that was pretty thrilling. If all my friends from Uni saw me working with Ian McKellen they would have freaked. We actually have a lovely relationship in the film, he plays Gus the Theatre Cat, and I cried almost every take that he shot. No, I did cry every single take when he sang.

TTB: Were you starstruck with anyone when you first showed up?

Davidson: We all played it cool when we got to set. My mindset going in was we are all professionals here doing our job. I really enjoyed that we all come in with that same mindset from day one –we were all on a level playing field. There were no egos involved from the start.

TTB: So July 18th–Universal dropped the trailer and you could say it broke the internet. It now has over 13 million views which is just wild. The responses were extremely varied–I personally loved it. When it all blew up, what was going through your mind?

Davidson: Yeah, that was just...I mean it was a total phenomenon. I don’t have any social media, but my phone started blowing up. It was fascinating to watch how it grew and grew. I really loved watching all of the mashups that were made. I saw one with the trailer that was superimposed with a Stephen King movie...I mean, it didn’t end. I think at the end of the day it just showed that this movie had people interested, if they liked it, if they didn't. It got people talking.

TTB: You have done quite a bit of theatre over in London, do you have a dream role on the stage you would like to do?

Davidson: Yeah, I have been very fortunate that I have been able to do so much amazing theatre. I am very excited because I will be back at the National this spring as the lead in Jack Absolute Flies Again on the Olivier stage. Ian McKellen was actually telling me some secrets about the space and the best place to stand and what not.

TTB: What musical would you like to see be made next on the big screen?

Davidson: I am so excited for West Side Story next year. I just adore that film, and am very eager to see what they do with it. I think I would like to see them do Hunchback of Notre Dame. With all of the progress with disability I think it would be incredible to see an actor take on that role. There are so many actors out there looking for work, it would be incredible to see this done for the screen.

TTB: After all of this, do you have a favorite memory from back on set?

Davidson: I just had the most amazing time, and I certainly made friends for life with this piece. Hmmm...it is really so hard to pick just one, it is really the entire experience. We played around a lot on set, when we had downtime we would play music and just dance around...spending time with Ian... this is just one of those projects that I will never forget.

"Cats" is now showing in theatres around the country.