INTIMATE APPAREL Is Elegant, But Not Revealing Enough — Review 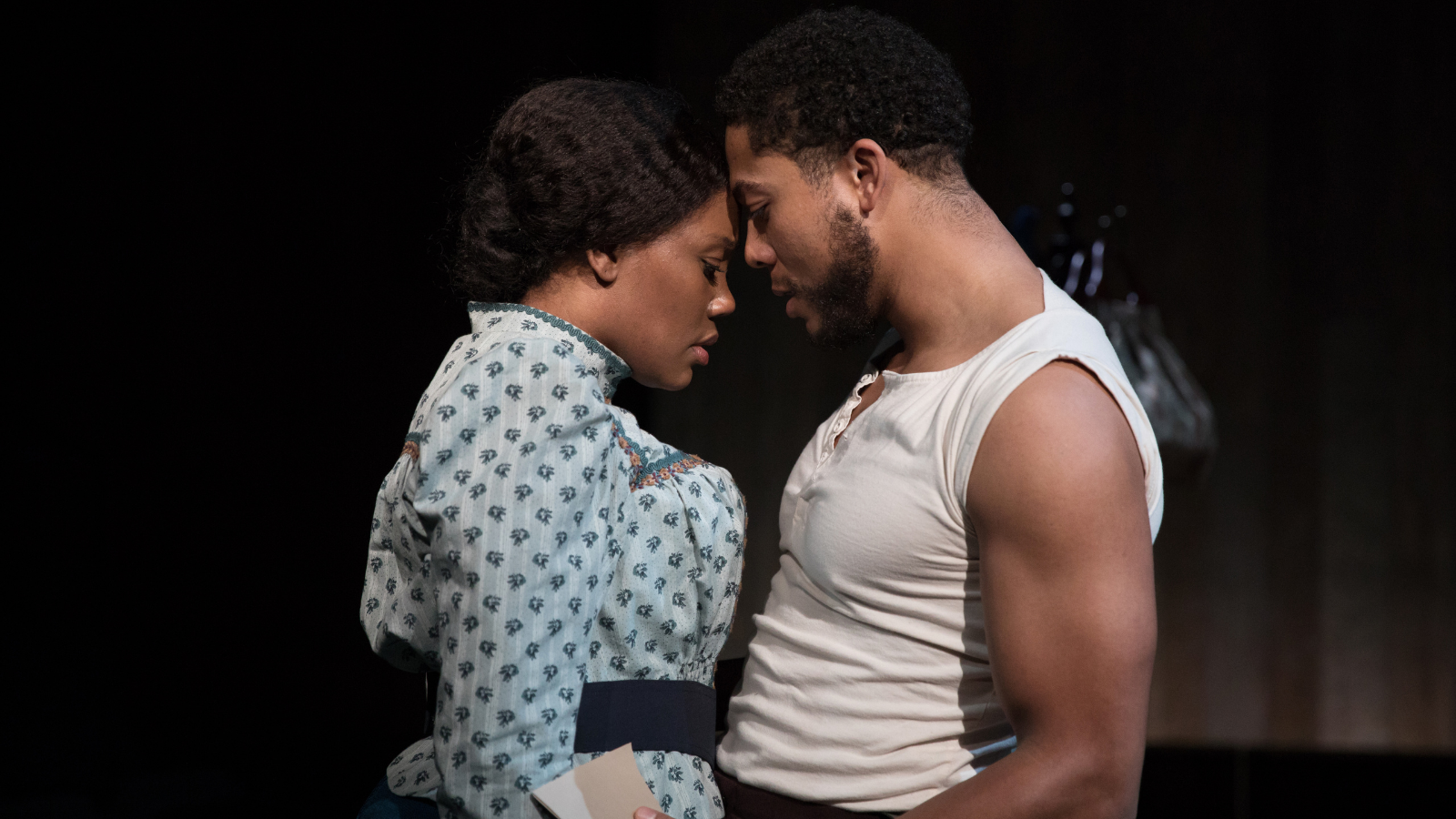 Though I’ve never seen or read it, I am told Lynn Nottage’s 2003 play, Intimate Apparel, is sexy and spectacular. I believe it. An elegantly told tale of a Black seamstress’ plight as she follows promising love letters from a faraway suitor into an arduous path, it crafts a vivid tapestry of Blackness, womanhood, and hope — and of the painful losses those traits entailed in 1905 New York. A new opera adaptation, adapted by Nottage herself, and with music by Ricky Ian Gordon, has opened at Lincoln Center’s Mitzi E. Newhouse Theatre, and while the overall experience is as sumptuous as the first part of its title promises, it rarely probes deeper than its latter half implies.

This is due to Gordon’s music, which, played on two pianos above Michael Yeargan’s simple rotating set, winds up adding very little to Nottage’s finely written play. In it, the reserved 35-year-old lingerie seamstress Esther (Kearstin Piper Brown) finds herself longing for a connection more stimulating than the one she has with her sewing machine. Though she’s garnered tremendous goodwill from those around her, like boarding house owner Mrs. Dickinson (Adrienne Danrich) and her cautiously friendly white client, Mrs. Van Buren (Naomi Louisa O’Connell), Esther finds her stubbornness and distaste in the people around her to get in the way.

Enter George Armstrong (Justin Austin), a mutual connection who’s off digging the Panama Canal, and who takes up writing love letters to an Esther who's easily charmed by the fantasy of this faraway dreamboat. Nevermind her palpable chemistry with Mr. Marks (Arnold Livingston Geis), the Orthodox Jewish salesman she buys fabric from—she becomes set on the idea of George and leaps at the chance to meet him when his passionate letters suggest he come join her in the tity.

The story is good because, well, the story is good. Nottage’s libretto delicately opens up the heart of each character for us to examine simply, tenderly, and without  judgment, like Esther at Mr. Marks’ shop. And while the material is exquisitely sung and performed, Gordon's music doesn’t advance the plot or add to the characters’ personalities. If you’re going to adapt a straight play into a musical work, let alone an opera, the driving factor should be to arrive at a better understanding of each character through differences in their musicality. But the admittedly gorgeous composition (I’m careful to use a singular noun there) is one-note to the point of monotony, and doesn't shed any new light on the characters, or their actions. Unlike Esther’s prized quilt, which patches together disparate elements into a cohesive whole, the music here functions as an endless piece of silk running through a sewing machine: lovely, but taxing.

In many ways, the piece will be more successful on private listening than onstage. I cannot understate how miraculous the cast’s performances are, how gracefully they flow along Nathanial LaNasa and Brent Funderburk’s pianos, and I suspect, at home, a recording will play like an elevated two-hour “lo fi beats” loop. But onstage one needs, if not radical genre-switches, then nuanced variations—something, anything—to express the richness of the story, and of its characters’ shifting emotions.

This becomes especially frustrating with George, who is underwritten to the point of near-vanishment. Though saved by Austin’s brooding presence and commanding voice, his character’s music is a yawning void of personality where there should be an altar worthy of Esther’s love, or at least of her hopes. As Mayme, a lively madame and acquaintance of Esther’s, the fabulous Krysty Swann gets a bluesy number as she introduces her opium-laced brothel. The scene begs to be amped up to a sultry boiling point, and the actors do their best, but Gordon’s music remains “bluesy,” well within its preordained strictness, rather than bluesy.

Bartlett Sher directs that scene with a smokey sexuality, accentuated by Catherine Zuber’s perfect costumes, that is missing from the few other group numbers. It is strange for a director with as much experience dealing in large ensembles and vast spaces to fail to block his cast appropriately when bunched onstage, but he acquits himself in the smaller scenes, each a study in trepidation.

Nottage and Gordon’s work is, above all, a worthwhile listen: a beautiful work of music that, despite the brilliant story beneath it, becomes a trying theatrical experience. I cannot wait for the Suzan-Lori Parks of the year 2122 to come in and give it some much-needed pizzaz but, until then, I’ll make like Aretha and luxuriate in the garments; great garments, beautiful garments.