IS THIS A ROOM and DANA H. To Play In Repertory on Broadway 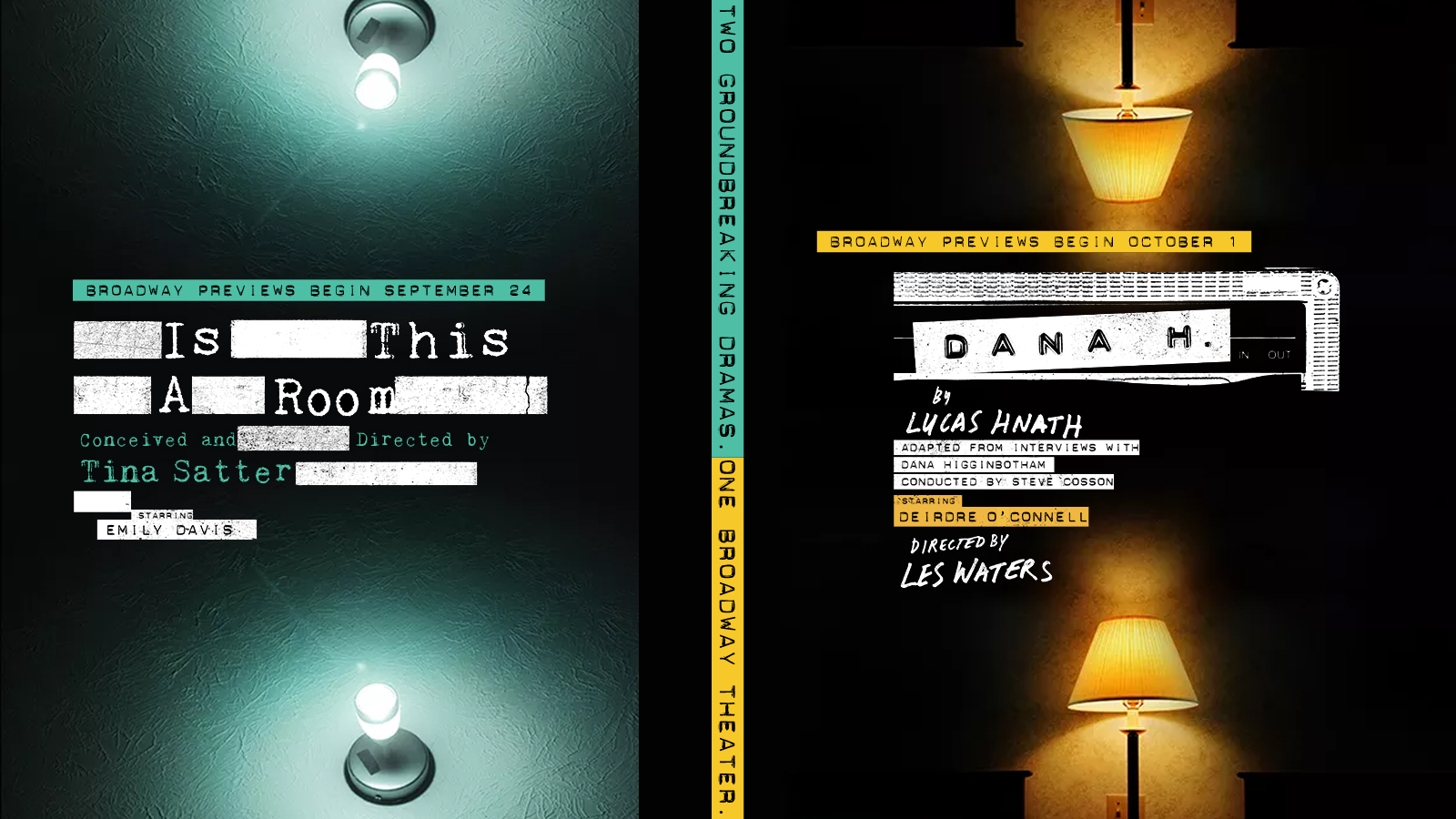 DANA H., which was interrupted by the shutdown, had previously been scheduled for a return engagement at Vineyard Theatre this fall. Vineyard members and ticket-buyers will have priority access to tickets for the play when it returns on Broadway. Details will be announced at a later date.

IS THIS A ROOM is the astonishingly true story of Reality Winner, the 25-year-old former Air Force linguist who was surprised at her home by the FBI on June 3, 2017. The play’s text is taken from the FBI transcript of her interrogation – and from these pages, Tina Satter has wrought an extraordinary human drama between Reality (Emily Davis) and the agents who question her. In this theatrical thriller, Reality’s life is upended before our eyes, and we’re left questioning American values and the very nature of the truth.

Emily Davis will make her Broadway debut, reprising her award-winning role of Reality Winner. Additional casting and the full design team for IS THIS A ROOM will be announced shortly.

DANA H. tells the harrowing true story of a woman held captive in a series of Florida motels for five months. Told in Dana's own words and reconstructed for the stage by her son, playwright Lucas Hnath, this groundbreaking work shatters the boundaries of the art form and challenges our understanding of good and evil.

Ticket on sale dates and additional details will be announced at a later date. Memberships to Vineyard Theatre are currently on sale vineyardtheatre.org and include first access and best prices to IS THIS A ROOM and DANA H..