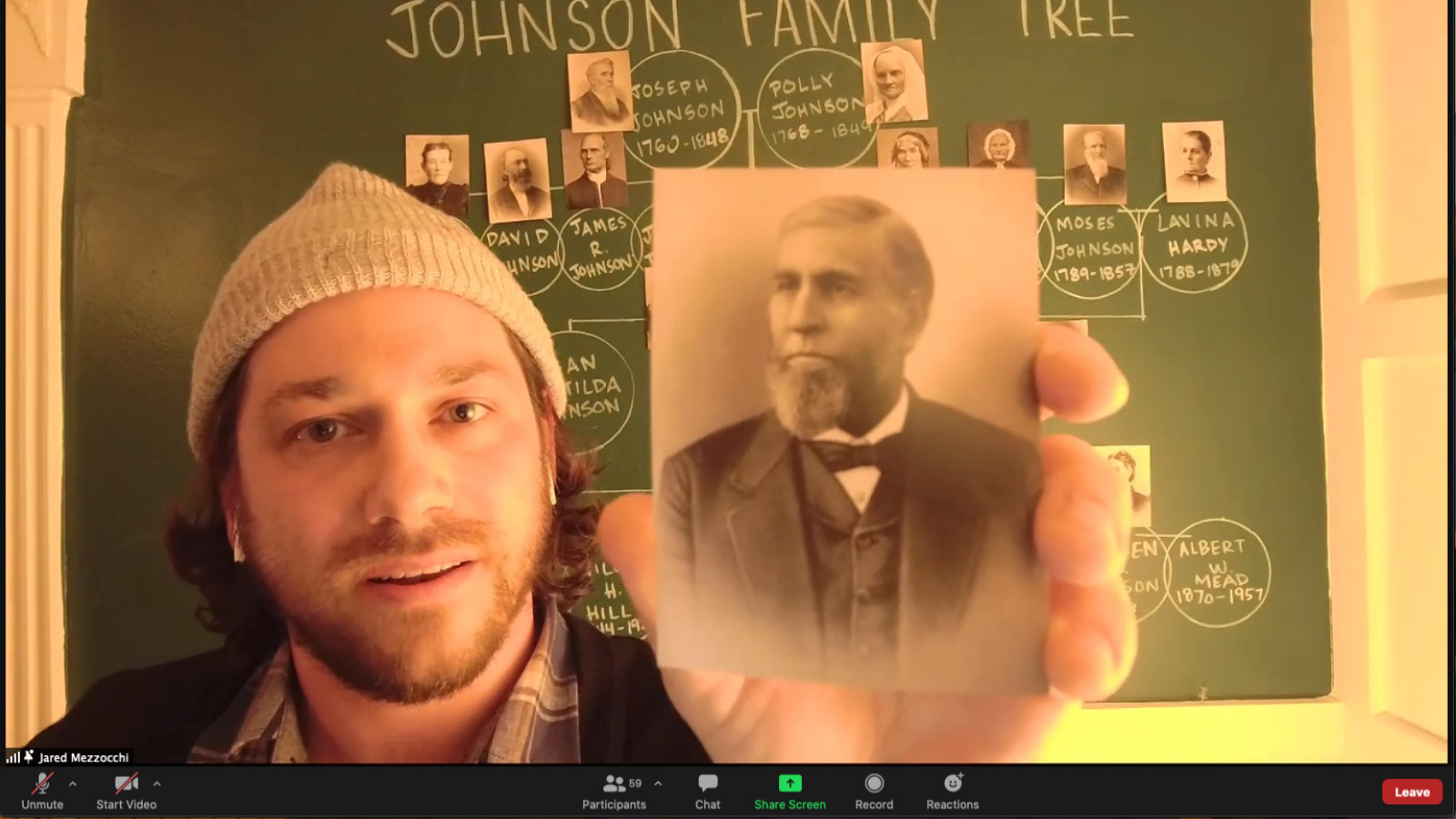 You might not know the name Jared Mezzocchi, but oh boy are you about to. He’s an award winning multi-hyphenated director, designer, playwright, and actor taking the digital theatrical realm by storm. His newest work, the world premiere of Someone Else’s House, is now in performances at the Geffen Playhouse in Los Angeles. The interactive new piece dives deep into the horror genre as he tells the frightening true story of the goings-on inside his family’s 200-year-old house in New Hampshire. I recently caught up with Mezzocchi via Zoom from his home in Washington D.C. to chat all about his latest project which has now been extended by popular demand through July 3. ‍

Our conversation has been edited for length and clarity.‍

Theatrely: So I have to say, last fall on Twitter, every other Tweet was about Russian Troll Farm [which Mezzocchi co-directed and designed.] ‍

Jared Mezzocchi: It got a really great response. I think it was kind of cracking the code of virtual performance in certain ways that was exciting to people. I’m a blurry line because I’m a director, a performer, a designer - and that is what got me chatting with the Geffen about what exactly is pandemic theatre. ‍

Well the Geffen is knocking it out of the park with their Geffen Stayhouse series... ‍

They have been doing really phenomenal work. We started tossing around ideas and I have been really keenly interested in ghost stories right now. I’ve dealt with a lot of loss in my family over the years and the pandemic has surfaced that in many ways. So the idea of mortality and death and memories came up. They asked if I had a story and I told them about what went down with my family in this house in New Hampshire and by the end of it we figured this was something to explore. ‍

At a certain point I started getting nervous because I've never really source-checked this story — I wasn't alive when it all happened. I started interrogating my family a little bit more and it was sure-fire, the same tale every time. It was very clearly a memory of my family. So then I started getting on Ancestry.com and finding things out about the house. It was insane how much made sense of it and why weird things were happening at that property. ‍

Tell me about diving into your family history like that. ‍

It was really amazing. I come from a family of educators so I think I’ve always wanted my own angle into this story since I didn’t experience it — the sense of research really gave me a point of view to it. What I love is that my family didn’t know much of the history behind it so in a way I’m the one informing them. I think it strengthened in a lot of ways, there’s now an emotional language between us, even though we can't be together physically.‍

What is it about the horror genre that excites you as a theatre maker?‍

It’s a really good question because I have never done this before, and neither has the Geffen so we are all exploring it along the way. I think to me, I've always loved going to horror movies because it’s like a survival tactic that is put to the test in a way that no other genre really embarks on. And I think that aligns with what the pandemic has unearthed in us as humans. Underneath all the themes of the genre, I think are the threads of this past year. What is mortality? What does it mean to have legacy when everything is getting erased and also people are getting called out for erasure and is that not zombie movies as well? It's the same thing with sci-fi. When you're so far removed from reality, you start to actually see reflections of reality clearer.‍

You are clearly an expert behind-the-scenes in the world of virtual performances, but what is it like stepping into the spotlight so to speak?‍

It was suggested by the team at the Geffen after I first told them the story because of my connection to it. I went to school for acting and received my MFA in Performance and Interactive Media Art; I really thought I was going to be a performer but my ability to design and curate technology got me hired — so I didn’t abandon it, but I just ventured far away from it for a long time. As a designer director, I've always wanted my designs to be in relationship to the performers, so I have never lost sight of the vocabulary of actors. So I deal with design as if it's a character on stage. So this is really putting it to the test and actually getting back to my roots as a hope to be a generative artist performing around the technology that I have been pursuing for over a decade.‍

You are working with the lovely Margot Bordelon as your Director, how is she influencing the story?‍

She is just awesome, and her energy is just amazing. We’ve worked together briefly before and we have always kept in touch. I definitely needed someone who could be the lens outside to help shape the piece. From the text to the cinematography, it has been a great experience. It's much more collaborative because it's not a writer to director to performer — it's a director to a writer-performer. We're just chiseling at the thing together from the outside and from the inside.‍

Speaking of, where do you see the future of digital theatre going once we see the return of in-person performances?‍

It's been really interesting because the pandemic has forced us to be inside the digital as a necessity instead of a commodity, which was a good exercise. What I'm most excited about, about the future of it is when we can get back in person, the things that deserve to be in person can go back to that: readings, workshops, etc. But then we're allowed the choice to say what is the best way to tell these stories? That may be one or the other — and it also might be hybrid. I'm excited for the blending now that we know what's possible and not possible inside this format and how we can tell different stories. Our society is so saturated in technology, so it is good for the performing arts to start embracing and finding ways to use it so that we can better reflect our culture, but certainly not override the beautiful essence of what theater is.‍

When audiences log onto Zoom, what do you hope they get out of the performance?‍

I hope to embark on what feels like a campfire story that becomes more and more realized as we go based on the research and the fleshing out of it. But to me, we've been stripped of community so severely right now that even something as basic as a campfire is really hard to achieve. I also want folks to be a part of the sleuthing — it’s an invitation to unlock things with me in a uniquely compelling way.

“Someone Else’s House” has been extended through July 3, 2021. For tickets and more information, visit: www.geffenplayhouse.org‍