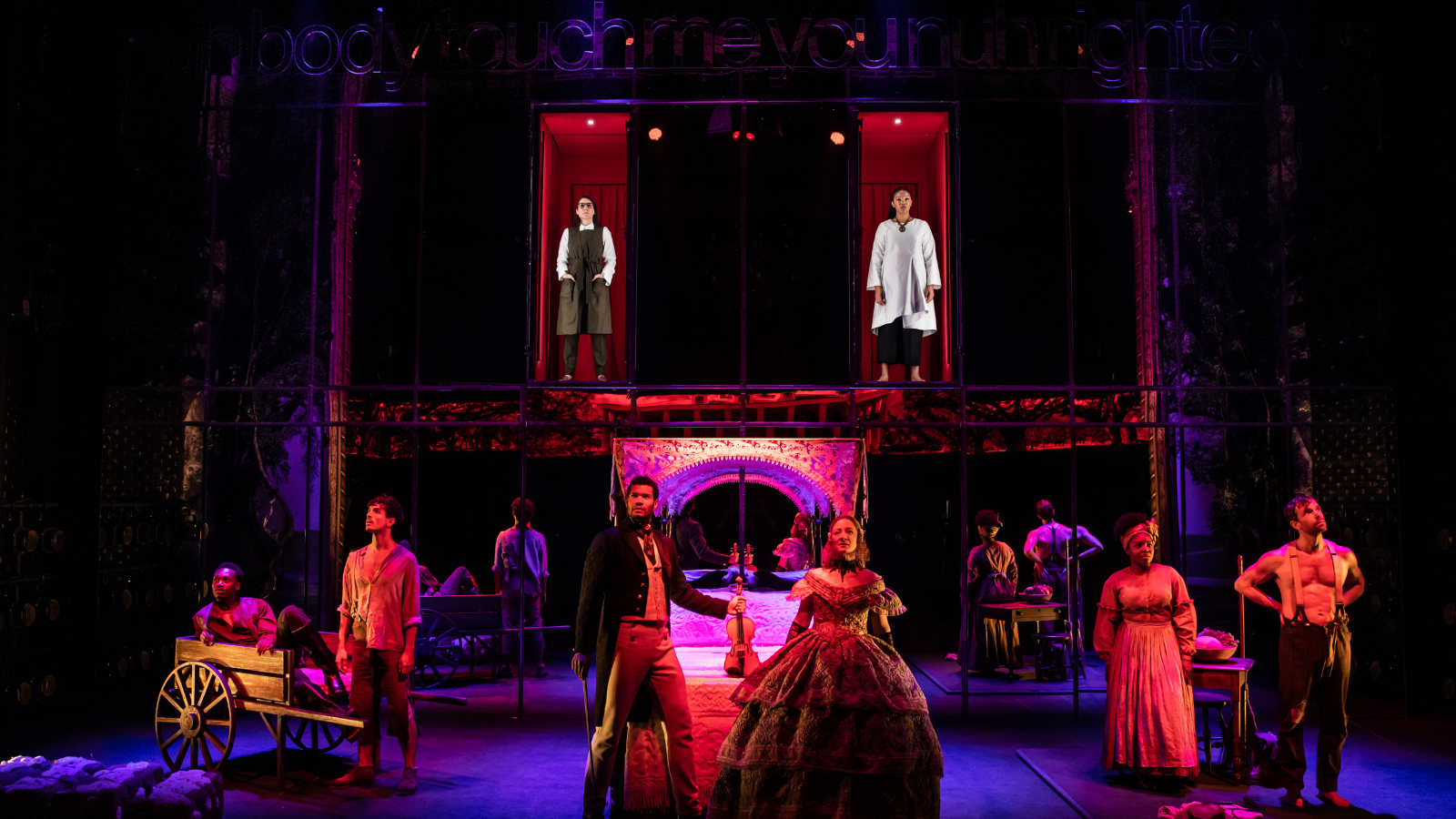 The cast of Slave Play on Broadway | Photo: Matthew Murphy

Jeremy O. Harris’ historic drama Slave Play will return with a special engagement at Broadway’s August Wilson Theatre on November 23, 2021 with an official opening night slated for December 2, 2021. The play will run a strictly limited eight-week engagement through January 23, 2022.

“Slay Play’s return engagement marks for me a chance for New York and the world to re-meet a play that many met at New York Theatre Workshop and Broadway in 2018 and 2019, and that thousands of others met in its published edition in a year when theaters around the world were dark. To be doing it in 2021 with the Kaneisha who originated the role at Yale and members of the original cast fills me with the same joy I had I had watching the play for the very first time in a classroom five years ago,” said Harris.

Pass Over by Antoinette Chinonye Nwandu is currently playing at the August Wilson Theatre. Pass Over was the first play to premiere on Broadway after the COVID-19 pandemic on August 4, 2021, and is continuing its run through October 10, 2021.

Slave Play premiered at New York Theatre Workshop in 2018, and opened on Broadway in 2019 at the John Golden Theatre.

Joining the ensemble will be Antoinette Crowe-Legacy who will play Kaneisha, a role Harris wrote for the actress when he was a student at Yale School of Drama and which she originated in Slave Play’s first developmental production in 2017 as part of Yale’s Langston Hughes Festival. Additional casting for Slave Play will be announced shortly.

After its premiere, Slave Play instantly became the most talked about play of the year, and for good reason. The play explores themes of race, sex, and power, and interracial relationships. This daring play thrust O’Harris onto the scene, and we can’t wait to see what he does next!