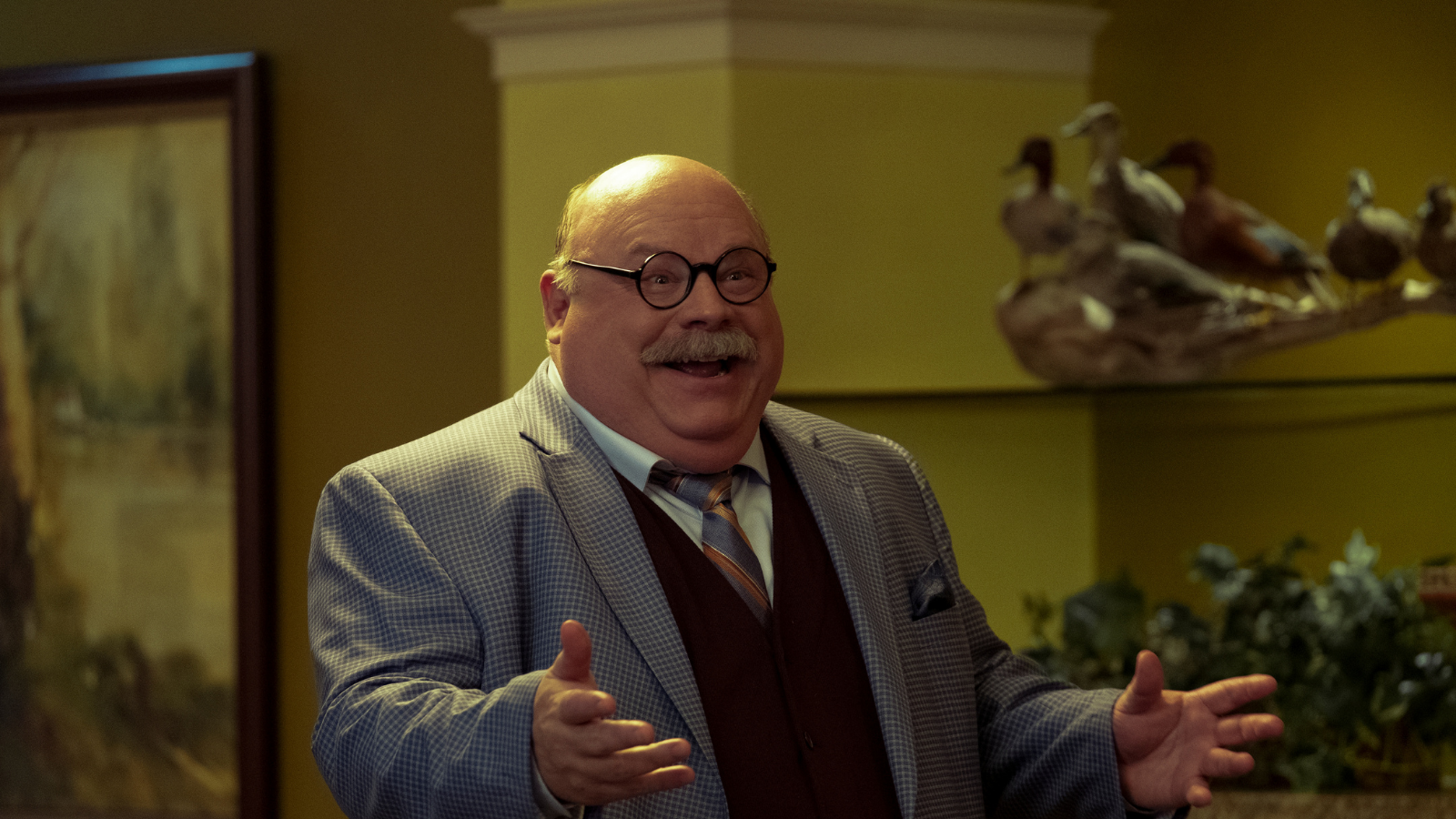 Tony nominee Kevin Chamberlin has been delighting audiences for over 20 years on stage and screen and his latest performance is no exception. From Horton The Elephant in Seussical to Uncle Fester in The Addams Family to Bertram on Disney Channel’s Jessie, Chamberlin has established himself as a well rounded performer. In The Prom, Ryan Murphy’s adaptation of the 2018 Broadway comedy premiering December 11 on Netflix, the 57 year-old actor assumes the role of publicist extraordinaire Sheldon Saperstein as he joins a starry cast that includes Meryl Streep, Nicole Kidman, and James Corden. I chatted with Chamberlin from his home in Los Angeles on working with some of the biggest stars in Hollywood, his new found social media fame, and his plans once in-person theatre resumes.

The role of Sheldon, originated on Broadway by Josh Lamon, was originally supposed to be played by Awkwafina (Crazy Rich Asians). After a last minute switch, Chamberlin was thrust into the role pretty quickly. “It was all very bizarre,” he told me. “I replaced her at the very last minute on the Friday before we started shooting on Monday. It was an odd experience to jump in, but it was certainly a bucket list to work with Meryl and Nicole.” He also expressed the importance of his casting in more personal terms: “there's a lot of sizeism in this business, and to have two chubby character actors in lead roles is really rare—and it means a lot to me.” ‍

The Prom tells the tale of four Broadway stars whose careers are on the decline, and after suffering from reviews so bad their latest show closed on opening night, look for a quick way to fix up their image. They come across Emma Nolan on Twitter, a young high schooler in Indiana who simply wants to take her girlfriend to the prom. After the local PTA decides to shut down the dance, the “liberals from Broadway,” as they refer to themselves in the film, march down to attempt to save the day.

Chamberlin reminisced on how wonderful it was to reconnect with old acquaintances while shooting. “There’s a lot of camaraderie with New York theatre folk and it's always great to see and work with them. Andrew Rannells and I go way back and I knew Ariana [DeBose] -  you know, Meryl and I made our Broadway debut in the same theater, years apart, but at Lincoln Center so we loved to share stories” he said. Streep first graced the Broadway stage in Trelawny of the ‘Wells’ in 1975 and 17 years later Chamberlin was first seen in Ahrens and Flaherty’s My Favorite Year.

Speaking of composing duo Ahrens and Flaherty, Chamberlin and his fellow Seussical cast members recently reunited on Zoom to celebrate the 20 year anniversary of opening in New York. “It was quite emotional,” he said. “It was very moving to see us all back together.” Much like the characters in The Prom, Seussical was also maligned by the press when it first premiered. “I didn’t know it would have such a short life on Broadway; we had a very bumpy out of town tryout. It was a very bittersweet experience,” he reflected. But after two decades, Seussical has grown into one of the most produced musicals alongside The Addams Family (another Chamberlin show). “We've all gone to see so many productions over the years, even at our own schools that we grew up in. It’s lovely to tell the story of how this whole thing came about and what happened and what kind of life it's taken on - we've become the ambassadors to that show.”

While Chamberlin now lives in California with his husband and finds steady work in the film and television industry, he still likes to sneak in live theatre gigs whenever he can. In 2018, he triumphantly returned to Broadway playing The Wizard in Wicked and more recently he starred alongside Mj Rodriguez (FX’s POSE) and George Salazar (Broadway’s Be More Chill) in Pasadena Playhouse’s Little Shop of Horrors. Looking forward, Chamberlin is excited to dip his toe into directing as well. He is currently working on Iceboy!, a new musical in development from the co-creators of Urinetown and 25th Annual Putnam County Spelling Bee with the Pasadena Playhouse. He recently wrapped filming a teaser trailer for the theatre’s digital offerings starring Megan Mullally, Nick Offerman, Adam DeVine and Laura Bell Bundy.

He has also been in the news recently after hopping on the “Ratatouille The Musical” TikTok trend that recently took the internet by storm. No stranger to internet memes, Chamberlin has an extremely popular following thanks to his four season run as Bertram on Jessie. “Last year I was teaching at Kristin Chenoweth’s bootcamp and one of the kids filmed me saying my catchphrase from the show and before I knew it the video got a million hits in less than an hour,” he said. Currently #Bertram has over 88.3 million TikTok videos created about his now famous character. “This whole generation has created Bertram as their spirit animal,” he told me.

“My buddy told me to go back and watch Ratatouille and before I even finished the movie I had written the song. I told my husband to pick up a chef’s hat at Sur La Table and then boom - it just exploded,” he said. “It’s pretty incredible!”

And as for The Prom, Chamberlin views it as an antidote for our times. "We need this kind of special love story right now, a story of acceptance and tolerance and coming together. You know, we've been divided so much but everyone’s feeling this shift in our country. This film couldn’t happen at a better moment.”