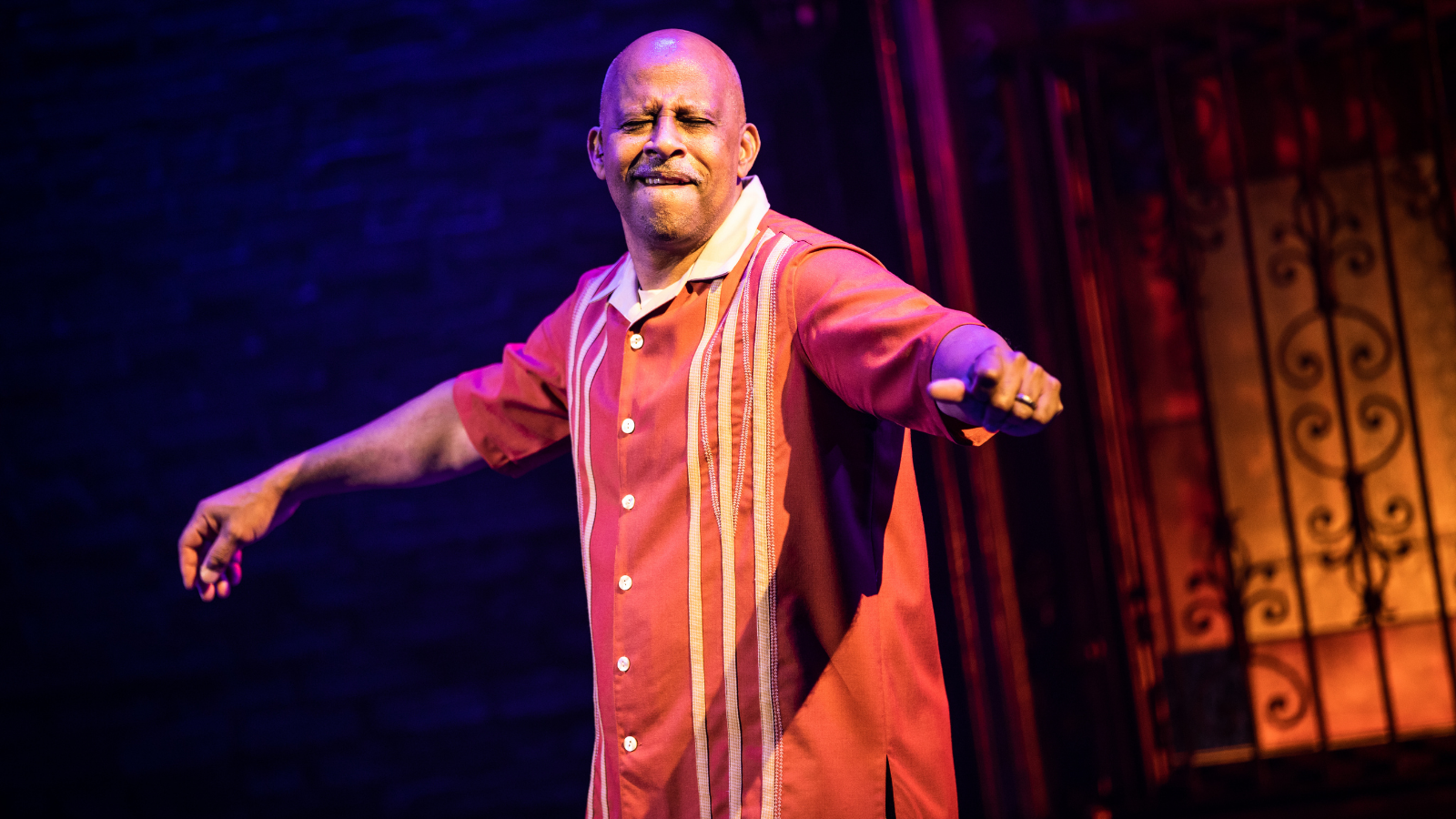 As the New York City theatre community faces the collective reopening of Broadway shows while still reeling from nearly two years of crisis, Lackawanna Blues offers a space for healing within the memories and montages of one man’s childhood in mid-century New York.

Based on writer and director Ruben Santiago-Hudson’s own life experiences, Lackawanna Blues is a one-man-and-one-guitarist show commemorating the woman who raised young Santiago-Hudson, Miss Rachel. He describes the play as “a love letter to the Black women that kept our communities standing on solid ground, and provided the sustenance we needed as human beings: spiritually, physically, mentally.” Santiago-Hudson is the only actor, and he is accompanied by blues-rock musician Junior Mack on guitar.

Lackawanna Blues originally opened off-Broadway at the Public Theater in 2001, which Santiago-Hudson remarks was a similar time of fear, distrust, and animosity in America. Lackawanna Blues inspired audiences then to practice love and togetherness within their communities. A film-version of the play, also starring Santiago-Hudson, aired on HBO in 2005, bringing the music and magic of Lackawanna Blues to homes all across the United States.

For those who have seen the classic film, but have yet to see the stage show, Santiago-Hudson expresses that although it is the same story in film and onstage, it’s told in an entirely different way. “The poeticism in film is completely different from the poeticism in theatre,” he says. Another notable difference is that Santiago-Hudson is the only actor for all of the characters, whereas the film had a full cast. “There’s one man portraying every character...the essence of every one of these individuals is coming through one individual, and that individual, me, happened to know these people personally...knew how they smelled, how they walked, knew the cadence of their voice, knew where they were from, knew what was important to them and what wasn’t,” Santiago-Hudson shares.

This alone sets the Broadway production apart from the film, but Santiago-Hudson also notes that Lackawanna Blues is worth revisiting now that he is a more experienced performer and person. “I’m a more seasoned actor and a more mature man...I can put things in a more wise and worldly perspective,” he says. He also expresses that with time, his understanding of the people the play’s characters were based on has deepened. “I understand these people even a little more now than I did then,” he says.

There could not have been a more profound time for Lackawanna Blues to return and make its Broadway debut as a show that emphasizes community, strength, and solidarity. “What makes this show more important now than ever before is the need for love, the need for a reminder of humanity and what we can do for each other...this play [can] be a salve to a lot of the open wounds from the social strife of our nation and the pandemic,” he says. “It’s a reminder of the power of community,” he adds.