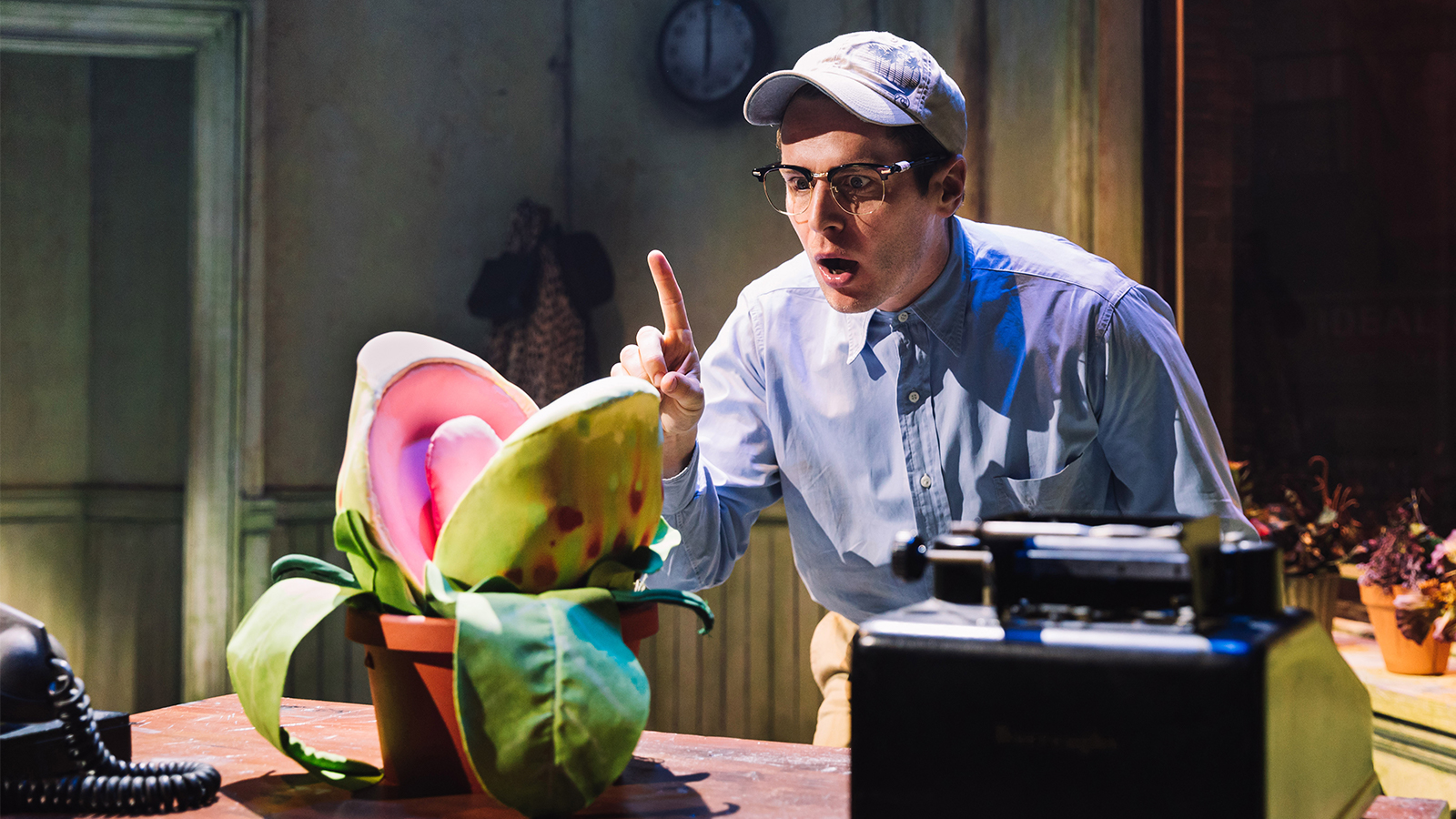 Producers of the critically-acclaimed Off-Broadway production of Howard Ashman and Alan Menken’s landmark musical Little Shop of Horrors are thrilled to announce that the 2020 Drama League, Outer Critics Circle, and Drama Desk Award-winning Best Musical Revival will reopen on Tuesday, September 21 at the Westside Theatre (407 West 43rd Street). Tickets are on sale now for performances beginning September 21, 2021 through January 2, 2022 at Telecharge.com.

Seymour is a down-on-his-luck florist with a crush on his co-worker Audrey. When he discovers a mysterious – and voracious – plant, suddenly Seymour and Audrey are thrust into an epic battle that will determine the fate of the entire human race. With a book and lyrics by Grammy and Academy Award winner Howard Ashman (The Little Mermaid, Beauty and the Beast), and music by Tony and Academy Award winner Alan Menken (Aladdin, Newsies), Little Shop of Horrors first premiered Off-Broadway in 1982, where it made audiences laugh, scream, and give up gardening for good. The musical has since catapulted into a global phenomenon, with productions across the world from Broadway to London’s West End, to Asia and Australia – plus a hit 1986 film adaptation directed by Frank Oz that starred Rick Moranis, Ellen Green and Steve Martin. Now, the musical has made its highly-anticipated return home to Off-Broadway, in an intimate new production directed by Michael Mayer that offers an unprecedented opportunity to get close — maybe too close — to an incredible plant with an insatiable appetite.