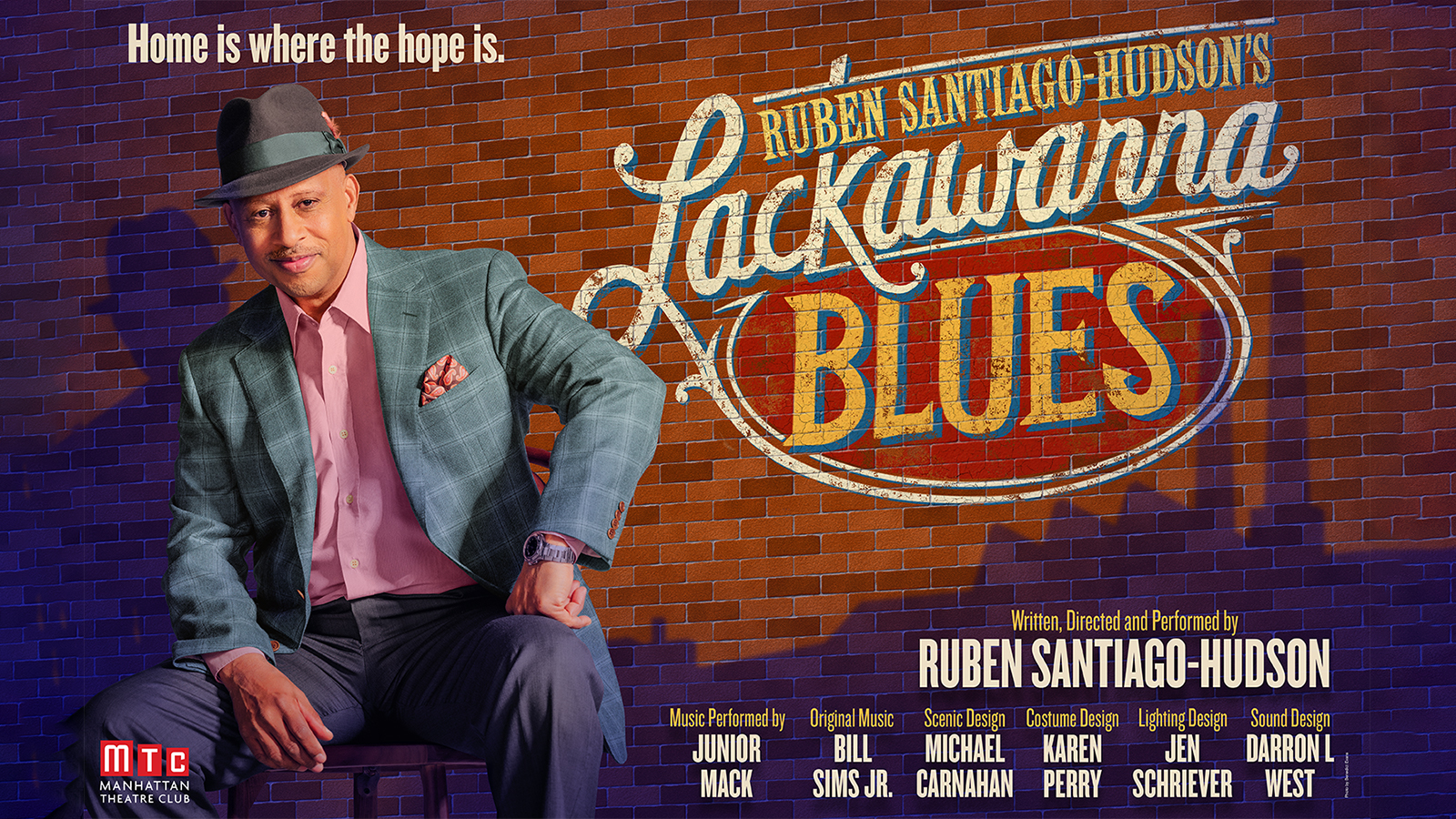 Tony Award winner Ruben Santiago-Hudson returns to MTC for the Broadway debut of his brilliant solo play celebrating the strong, big-hearted woman who raised him: Miss Rachel. In a 1950s boarding house outside Buffalo, Nanny, as she was affectionately called, opened her doors to anyone and everyone in need of kindness, hope, compassion, and care. Giving a tour-de-force performance accompanied by live music written by acclaimed composer Bill Sims, Jr. and performed by Blues Hall of Fame Guitarist Junior Mack, Santiago-Hudson embodies more than 20 vibrant characters, creating a richly textured reminiscence that’s inspiring, uplifting and right at home on Broadway.

Blair Brown (Copenhagen, "Orange Is the New Black"), Edie Falco ("The Sopranos," Frankie and Johnny in the Claire de Lune), and Marin Ireland (Reasons to Be Pretty) form a powerhouse trio of stars in this deeply felt, gorgeously imagined new play by Tony winner Simon Stephens (Heisenberg, The Curious Incident of the Dog in the Night-Time). In Greenwich Village a generation or so ago, the city is alive. Joni Mitchell sings, friends and lovers come and go, and the regulars change at the White Horse Tavern. As 50 years pass, one woman's life is revealed in all its complexity, mystery and possibility in this enthralling world premiere about mothers and daughters, beginnings and endings in New York City. Directing is Lila Neugebauer (The Waverly Gallery).

Morning Sun was commissioned by MTC through the Bank of America New Play Program.

Manhattan Theatre Club continues to closely follow the COVID-19 health and safety guidance of New York City, New York State, and the CDC. As public health conditions and guidance evolves, MTC will always follow the most current guidelines to ensure the safety of all actors, musicians, production staff, theatre employees, and audience members. Flexible ticket refund and exchange policies will also be in place for the convenience of all ticket buyers.

American Express Card Members can purchase tickets to Lackawanna Blues before the general public beginning Tuesday, July 27 at 10:00am EST through Tuesday, August 10 at 9:59am ET. Tickets are on sale to the general public beginning Tuesday, August 10 at 10:00am ET online at Telecharge.com. Please note that the Friedman Theatre box office will remain closed until further notice.

Tickets for Morning Sun are on sale to the general public beginning Tuesday, September 7 at 10:00am ET online at nycitycenter.org or by calling CityTix at 212-581-1212.