MERRILY WE ROLL ALONG: Dream Casting Frank and Mary 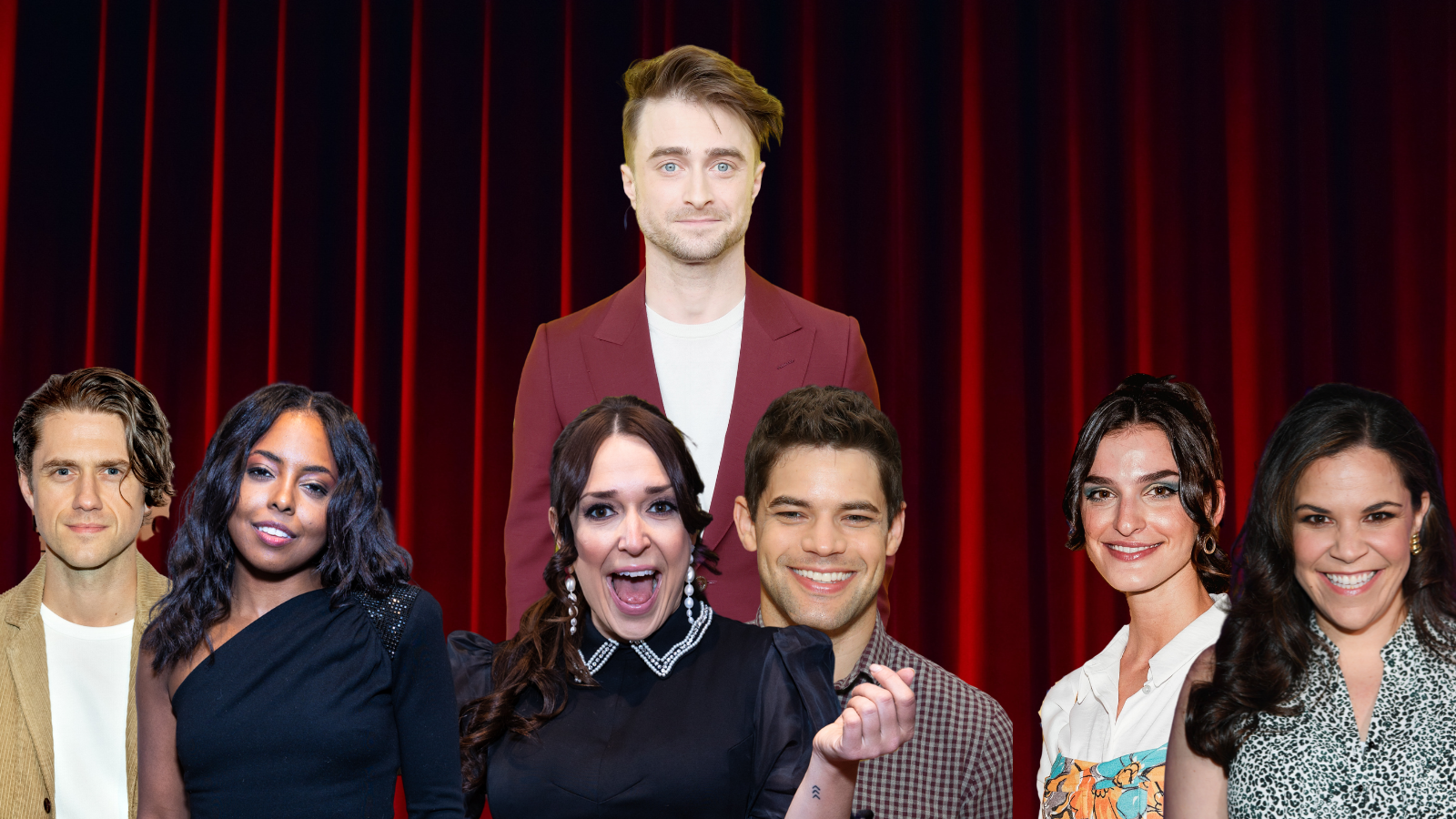 Who will join Daniel Radcliffe as Frank and Mary? Our team gives their thoughts!

Rumors have been flying about who will play Frank and Mary in the New York Theatre Workshop Off-Broadway revival of Merrily We Roll Along. As previously announced, Daniel Radcliffe will play Charley in the Stephen Sondheim and George Furth musical, with performances set to begin late this year.

Below, we submit our dream casting picks for Frank, the charming Hollywood producer and Mary, the boozy and lovelorn critic.

Who better to take on the roles of Frank and Mary than the 2020 Tony Award winners for leading performance in a musical? Warren departed Tina: The Tina Turner Musical last year, and after spending some time on TV projects, this could be a perfect opportunity to return to the stage. Tveit spent almost two years as Christian in Moulin Rouge: The Musical!, having left a few weeks ago. This could be the perfect pairing: they’re attractive, youthful, and wise—all important qualities in doing a show that unfolds in reverse chronological order. (Dan Meyer)

Maria Friedman is a marvelous director, and I caught this production of Merrily up in Boston five separate times — you may say I’m obsessed. Once we got news that Radcliffe was stepping into the role, my mind was immediately racing to see who might be best to join him for the beloved trio. Jeremy Jordan, one of my favorite voices on stage, would give such a rich performance as Frank and I think this role would let his acting abilities soar. It’s no surprise I have and always will be a Vosk stan and the thought of her as Mary is making me start to prep my credit card for multiple visits down to NYTW. Whoever Friedman chooses I know will be perfect, and I, for one, cannot wait. (Kobi Kassal)

Despite a convoluted Wikipedia page, it seems that the center of Merrily is a friend group, growing up and navigating the challenges of relationships and careers. My first thought was Lindsay Mendez, whose performance in Joshua Harmon’s Significant Other (also about a falling apart friend group) still sticks with me. Mendez as Mary Flynn, no questions. For Franklin, I’d be willing to gamble on Eleri Ward. A songwriter, singing Sondheim. Franklin and Ward could be a perfect match. She’s been reimagining songs from the musical already, so while this may seem like an unconventional choice, it has incredible potential. (Amanda Miller)