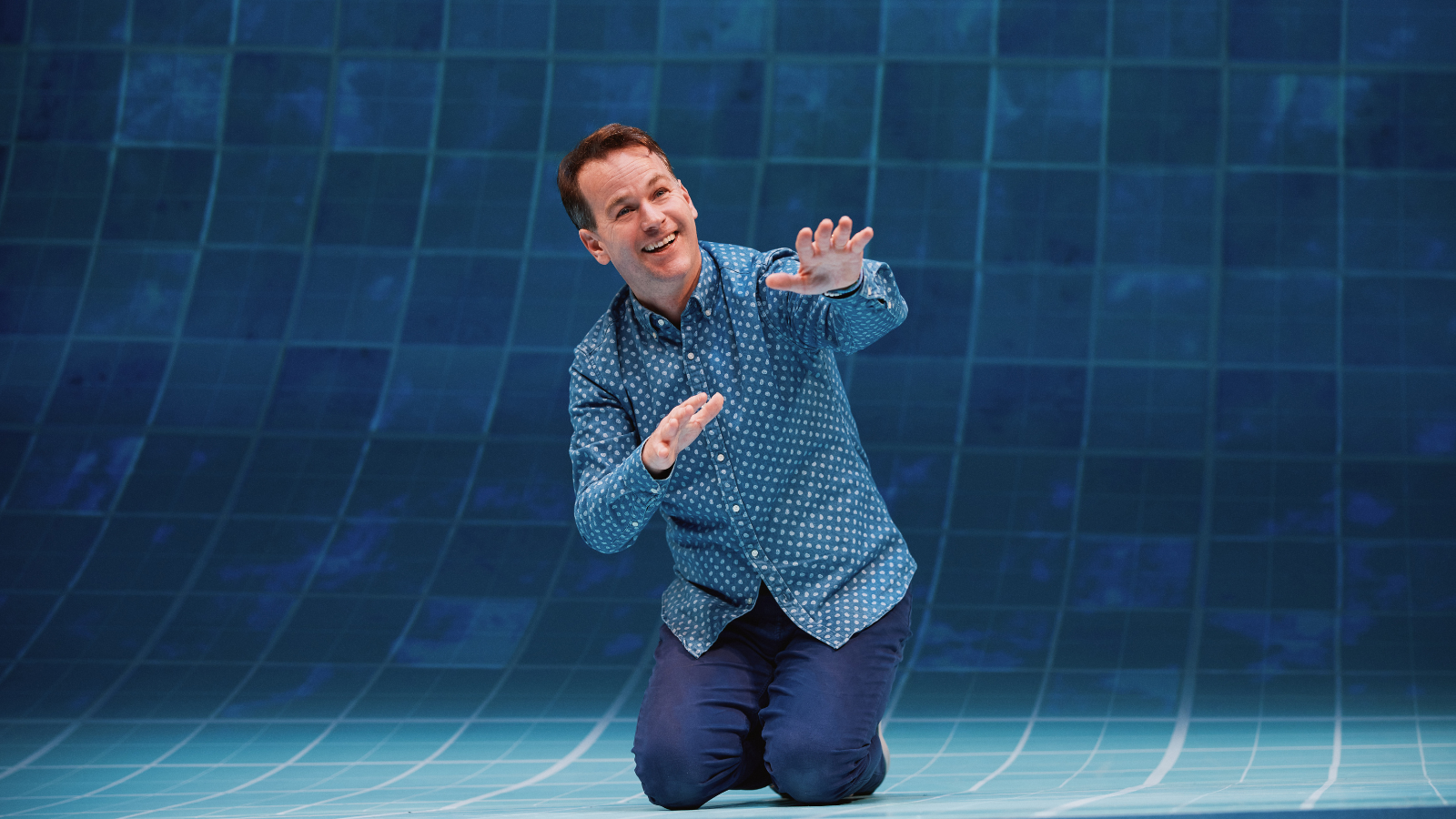 Mike Birbiglia’s breakout work, Sleepwalk With Me, had a unique premise. Birbiglia lives with a rare condition called REM behavior disorder which causes to sleepwalk and which, in one terrifying incident, sent him sleep-jumping through a second floor window. That real life event gave his solo show Sleepwalk (later delightfully adapted for the screen) a dramatic spine which offset the familiarity of its central “young comic can’t grow up” plotline.

None of Birbiglia’s stage work since Sleepwalk has found quite the same dramatic potency. His second movie, Don’t Think Twice, a melancholy story of a crumbling improv group, came the closest. Instead, Birbiglia’s increasingly languid shows have come to lean more on his affable demeanor. His observational humor remains expert, buoyed by the kind of precise, beat-perfect timing that can only come from years of experience. And his smart 2017 show Thank God For Jokes did tackle the heady topic of offensive humor, albeit with a gentle touch.

Yet The Old Man and the Pool continues Birbiglia’s journey into an increasingly mellowness as a storyteller–and this guy was pretty mellow to begin with. His latest solo work, which opens tonight at Vivian Beaumont Theater and runs through January 15, is diverting and occasionally hilarious, but ultimately feels a bit tossed-off, an agreeable but flimsy set which washes over you nicely but leaves little lasting impression.

Unusually for Birbiglia, the central focus of Old Man and the Pool feels unclear. His previous show, The New One, which marked Birbiglia’s Broadway debut, at least knew exactly what it was about: he and his wife’s tumultuous journey to parenthood. Not exactly a groundbreaking topic, but Birbiglia’s resistance to children (“People with kids are miserable”), and his grumpy feelings of uselessness after the child’s arrival (“You’re this milk-less vice president of the family”) lent the show some kind of darker edge.

Old Man and the Pool is about several things. It’s about health: Birbiglia discovers he has type 2 diabetes, and must confront his diet and exercise habits. It’s about the body: having poked fun at his own doughy physique for years, Birbiglia now finds his physical self betraying him. And it’s about death: his health problems shock Birbiglia into a realization that he could die before his daughter’s 20th birthday.

Of course these themes are all interconnected, but they are also abstract. There isn’t much attempt to tie them all together narratively. Instead Birbiglia will throw out a huge question around mortality, then quickly pivot to an anecdote or a silly bit. When the bits are this funny, it’s hard to complain too much. An extended routine around chlorine in YMCA pools builds beautifully to a gag about the mob using them to dispose of bodies; Birbiglia’s continued insistence that no-one in the world possibly exercises five days a week gets funnier each time. But when we circle back around to Birbiglia announcing that he beat his diabetes, it’s jarringly out of nowhere, like we just skipped a whole chapter of the story.

Birbiglia is, in fairness, deliberately eschewing the darker paths these themes could take him down. His shows have never been downers–it’s not what he does. And especially with Pool, he has clearly prioritized making audiences feel good over any other consideration. In the time we’re living in, that’s a fair decision. But it leads to a fair number of dangling threads and unfinished thoughts.

It also means that Birbiglia’s big final gag, and by far the show’s most hysterically funny section, is only loosely connected to its overall themes. Birbiglia offhandedly mentions a man at his pool who held his breath underwater competing with a friend, drowned, and died. Turning gravely serious, Birbiglia insists we not laugh at this–which of course, only makes us laugh more. He chastises individual audience members for giggling at this man’s plight. As they laugh more, he stares them down further, which only makes it funnier. This goes on and on. It’s a shining example of a long-haul gag that starts funny, gets funnier, then briefly dies, then circles all the way back around to funny again.

That uproarious bit is a testament to Birbiglia’s genius for timing, deft hand with crowd work and his structural skill. It is also not really tied to this show at all. So when Birbiglia then concludes more soberly and, in a final flourish, attempts a sharper statement on mortality to close things out, it simply doesn’t land.

The Old Man and the Pool is now in performance at the Vivian Beaumont Theater now through January 15, 2023. For tickets and more information, visit here.