MINDPLAY Knows Exactly What You Are Thinking — Review 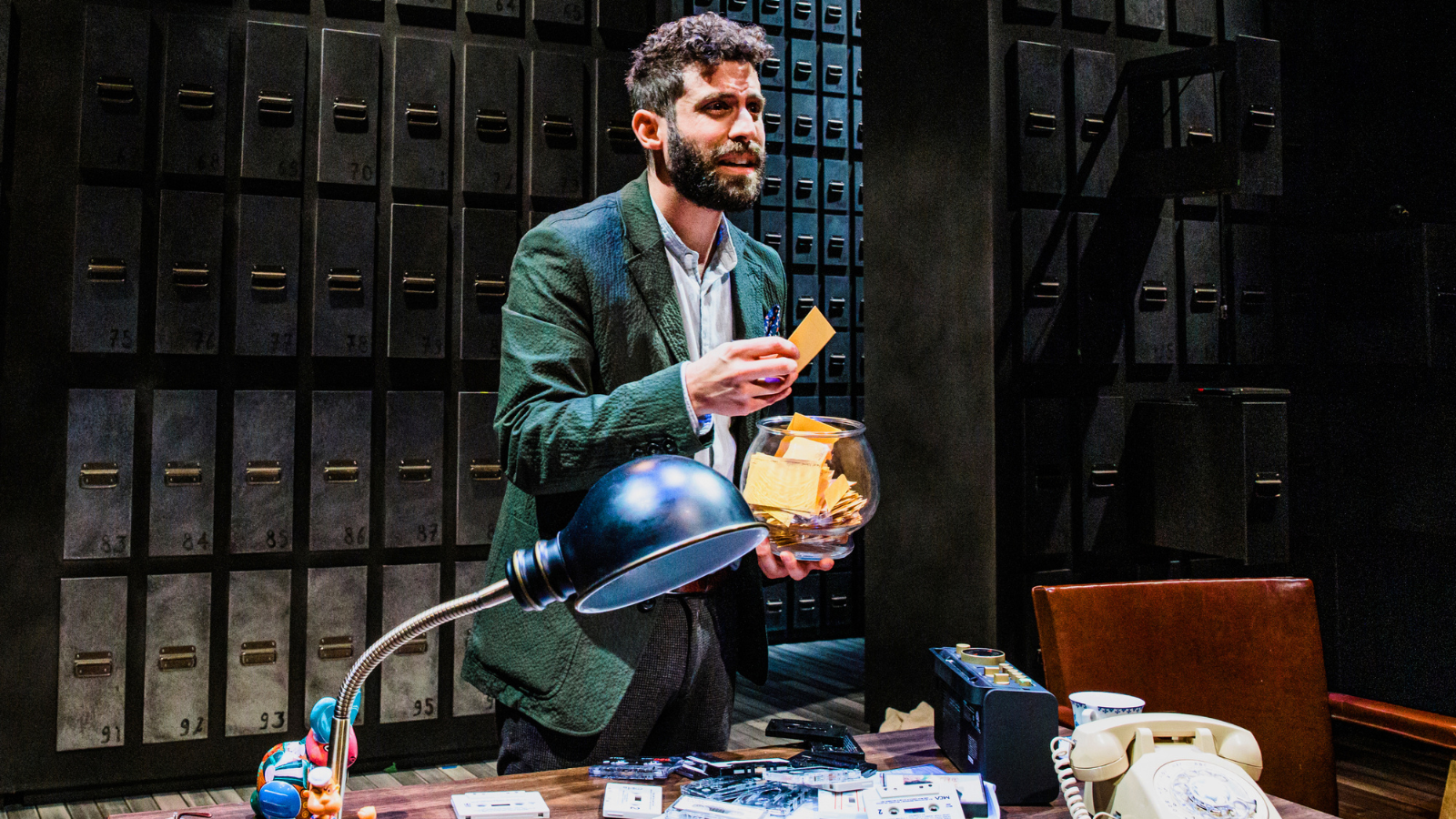 As the audience lights dim at the Geffen Playhouse’s new production of Mindplay, two spotlights appear: one points to an on-stage rotary phone just beginning to ring, and the other points to a random audience member who is implicitly instructed to answer it. Everyone immediately knows this won’t be a normal evening of theatre. The audience member, seemingly repeating what is being told to them over the phone, relays to the room as much, informing the audience of the participatory nature of the show and that its star, Vinny DePonto will be probing our innermost thoughts.

It is then that DePonto appears, reiterating and expanding on what we learned from the not-so-eager volunteer, saying that any one of us could be called up and have our innermost thoughts spilled with a hundred and fifty new friends. He leaps straight into it, calling up volunteers, some voluntarily and others by random draw—everyone, on entering the theatre, filled out a card, placed it into an envelope, and put it into a big fishbowl. Immediately, he recites their pasts, hopes, dreams, and fears, all deftly weaving the “tricks” within a sentimental story of his childhood.

That said, Mindplay is at its best when avoiding the sometimes trite and too often treacly backstories DePonto shares about his family. Stretches of script that deviate from the interaction and mind play the audience expects feel out of place in a show that bills itself as not a “regular” play.

The set, which is at once intimate and sprawling, only truly reveals itself midway through the show. Sibyl Wickersheimer seemingly has a window into DePonto’s brain, and deftly translates it to physical form. The lighting and sound design, by Pablo Santiago and Everett Elton Bradman, respectively, complement the mentalism occurring throughout, but sometimes veer on the outrageous and over the top.

The direction, by Andrew Neisler, left much to be desired. For a good deal of the show the action took place at a stationary table, which was blocked for much of the audience, evidenced by large swaths continually craning their necks, trying for a better view. That changed as the set expanded, but still much of the action remained in spots that were blocked for many.

All told, Mindplay is an entertaining evening filled with exciting audience interaction and fun tricks of mentalism. DePonto is adept at working the room, and has even the nonbelievers eating out of the palm of his hand.

Mindplay is now playing at the Geffen Playhouse in Los Angeles through December 18. For tickets and more information, click here.