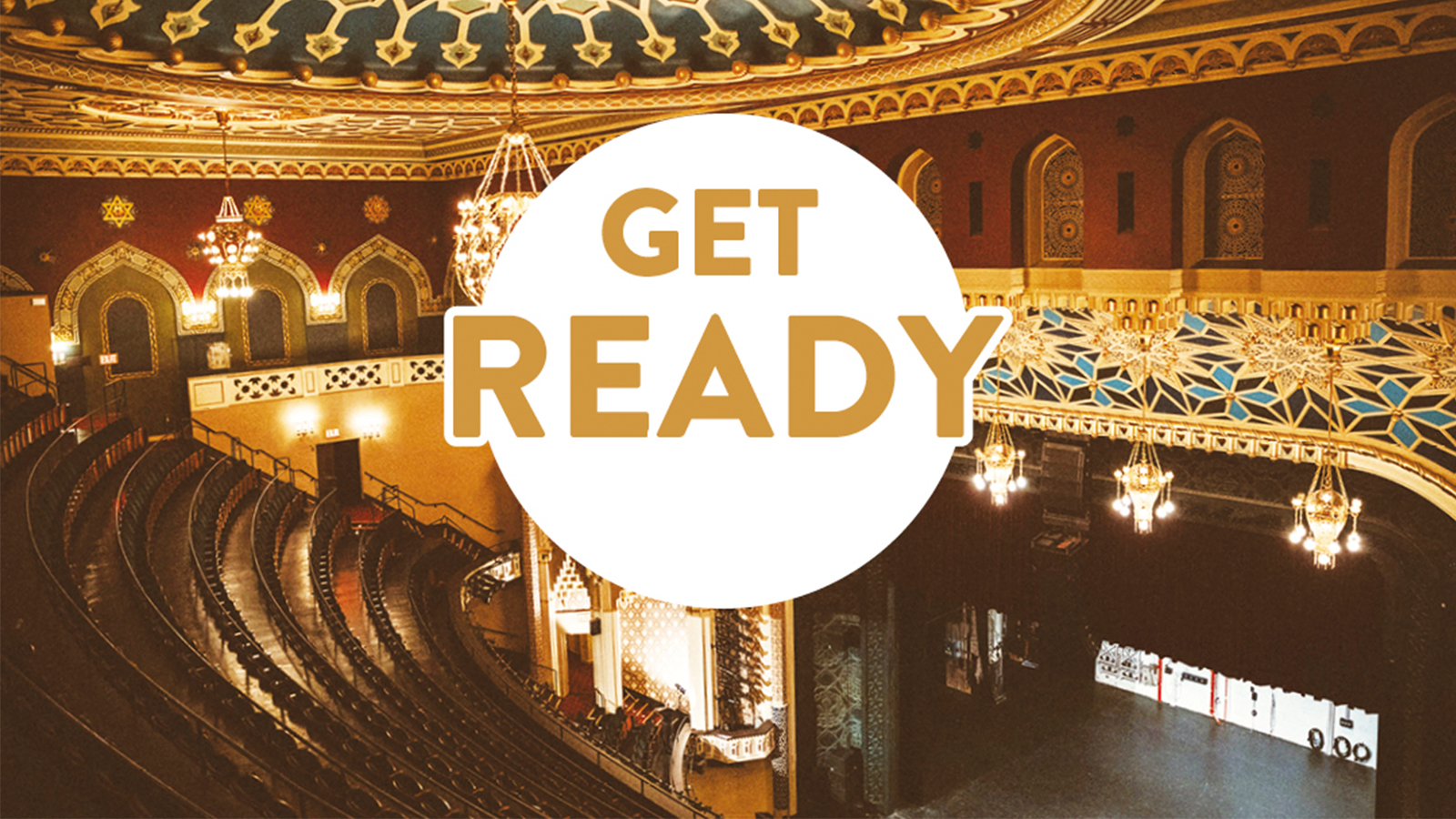 New York City Center President & CEO Arlene Shuler today announced a full calendar of programming for the 2021 – 2022 season, reopening the landmark theater to the public in October 2021. This momentous return to in-person live performances includes the popular dance and musical theater series audiences have loved throughout the years and new programs featuring iconic artists of today. Manhattan’s first performing arts center, New York City Center has presented the best in music, theater, and dance to generations of New Yorkers for over seventy-five years.

“I am delighted to announce a robust schedule of performances for our 2021 – 2022 season and once again welcome audiences to our historic theater on 55th Street,” said Arlene Shuler, President & CEO. “We have all been through so much in the past sixteen months, but with the support of the entire City Center community of artists, staff, and supporters, we have upheld our legacy of resilience and innovation, and we continue to be here for our loyal audience and the city for which we are proudly named. We are committed to supporting artists and providing opportunities for them to create and perform and to engage with our audience. It is in this spirit that we are launching two new annual dance programs this season and commissioning new works for the Fall for Dance Festival, led by Stanford Makishi, VP and Artistic Director, Dance Programs. We are also beginning the next chapter of our beloved Encores! series under the leadership of Artistic Director Lear deBessonet, Music Director Rob Berman, and Creative Producing Director Clint Ramos.”

The 2021 – 2022 season opens with the popular Fall for Dance Festival, October 13 – 24, which annually signals the start of the fall dance season in New York City. The Festival will consist of the usual five programs each featuring three different groups of artists and companies, presented this year without intermissions. Continuing to provide artists with the valuable opportunity to create new work, four New York City Center commissions will be presented by tap dance superstar Ayodele Casel, modern dance legend Lar Lubovitch for Adrian Danchig-Waring and Joseph Gordon, The Verdon Fosse Legacy reconstruction of a trio of dances featuring Georgina Pazcoguin that were originally created for Tony Award-winning actor and dancer Gwen Verdon, and a co-commission with Vail Dance Festival by sought-after choreographer Justin Peck. In keeping with City Center’s mission of accessibility, all the tickets for Fall for Dance are $15. Tickets go on sale on September 19 at 11am.

The Annual Gala Presentation will open with a benefit performance followed by a gala dinner on November 10, with performances through November 14. Funds raised by all seven performances allow City Center to continue to provide access to the performing arts by subsidizing education programs and affordable tickets throughout the year. Program details will be announced shortly.

Alvin Ailey American Dance Theater, New York City Center’s Principal Dance Company and America’s beloved cultural ambassador to the world, returns to the stage for a much-anticipated annual season in their “home” theater from December 1 through December 19. Visionary Artistic Director Robert Battle marks a decade of leading the Company forward and will present Ailey’s renowned dancers in a diverse repertory of premieres, new productions, and favorites featuring the original work of Ailey Resident Choreographer Jamar Roberts and classics by Alvin Ailey. The season celebrates the 50th anniversary of the tour-de-force solo Cry which premiered at City Center in 1971. Alvin Ailey created this solo on his stunning muse Judith Jamison as a birthday present for his mother and dedicated to “all Black women everywhere, especially our mothers.”

Following is twelve-time Tony-nominated musical (including Best Musical) The Life, March 16 – 20, with music by Cy Coleman, lyrics by Ira Gasman, and book by David Newman, Ira Gasman, and Cy Coleman. Emmy and Tony Award-winning artist Billy Porter reclaims this musical as the production’s adapter and director to bring forth the gritty, dangerous, and exciting decadence of 1980s New York City and an authenticity to the lives of sex workers. The production features choreography by Tony-nominated choreographer and Encores! Creative Advisor Camille A. Brown (Choir Boy).

Into the Woods, the third show in the series, ushers in a new annual tradition at Encores! which celebrates an iconic American musical and the ways theater connects us across generations. From May 4 – 15, a special two-week run of Stephen Sondheim (music and lyrics) and James Lapine’s (book) Tony Award-winning musical, directed by Lear deBessonet, will be the first of these celebrations to bring together Broadway’s brightest talents with a multi-generational group including New York City public school students. The production will feature choreography by film and television’s Jamal Sims (film: Aladdin) and Encores! Music Director Rob Berman.

City Center will also launch two new dance series in spring 2022. Artists at the Center, March 3 – 6, gives City Center’s extraordinary family of artists the platform to conceive and curate their own programs. Award-winning New York City Ballet principal dancer Tiler Peck will launch this annual event with a program of her design, performing alongside a variety of dancers and musicians. The program includes the world premiere of a New York City Center commission set to music composed by jazz legend and recent Academy Award-winner Jon Batiste, alongside works by William Forsythe, Alonzo King, Jennifer Weber, and Peck herself. The new annual City Center Dance Festival will be presented from March 24 through April 10. The inaugural Festival showcases New York companies making their triumphant return to the City Center stage after more than a year away: Ballet Hispánico, Dance Theatre of Harlem, Martha Graham Dance Company, and Paul Taylor Dance Company. Continuing to grow an audience of dance lovers, accessible tickets are available through the Access City Center Club, which provides exclusive ticket offers for anyone 35 and under.

The Studio 5 series of conversations and performances is an opportunity to hear from today’s great dance artists in the intimate setting of City Center’s historic studios. Events throughout the season feature artists from the mainstage programs—Alvin Ailey American Dance Theater, Artists at the Center | Tiler Peck, Fall for Dance Festival, and more. A special program with Dance Lab New York focuses on female ballet choreographers of color.

Tickets can be purchased online at NYCityCenter.org, by calling 212.581.1212, or in person at the City Center Box Office. New York City Center is located at 131 W 55th St between Sixth and Seventh avenues.