ONLY GOLD Has A Spark, but Can’t Keep It Lit — Review 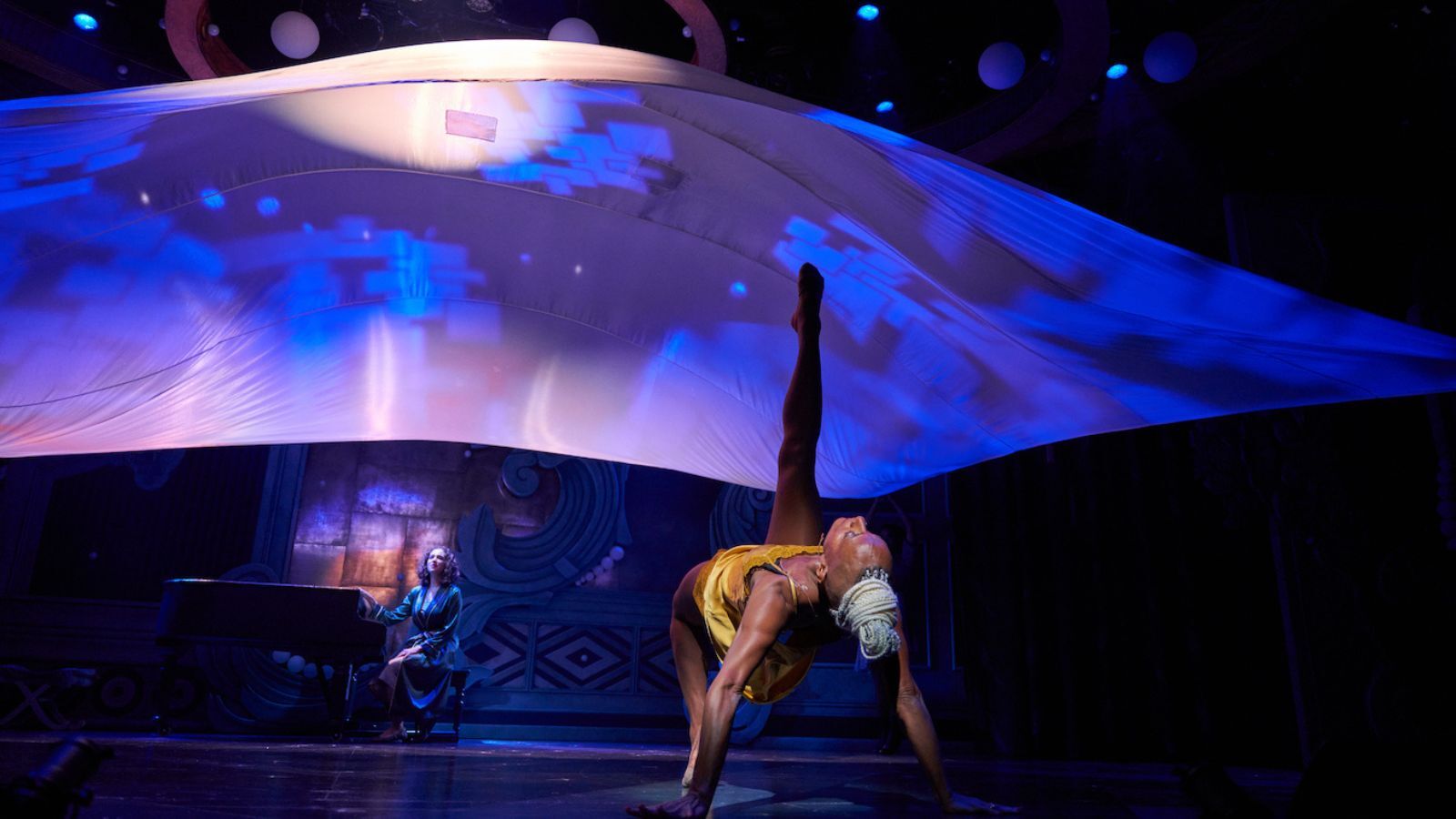 ‍Only Gold at MCC Theater has all of the makings of a sparkling musical. There are high-energy numbers, bold design choices, and even a bit of star power. But be it the plot, the book, or the space, the production’s greatest potentials are swallowed by its desire to be more than it can handle. This seemingly rare dance-heavy show with an original story could carve a place into the theatre landscape (honestly…think Movin’ Out,) but it would need to shed a lot of gratuitous layers before.

The greatest draw for Only Gold has to be Kate Nash, the pop star turned TV series regular, who lent songs old and new to the production. Of course, to make her writing fit a storyline, a number of lyrics were adapted and adjusted: the results are disappointing and clunky. A viewer previously unfamiliar with Nash probably doesn’t notice, but for the fan base that could surely bring in some audience members, the result is less than stellar. These songs, even after slight adjustments, are not intended for a period musical set in 1928 following royalty from a fictitious country. These are lyrics aware of the Internet.

With the lyrics hit or miss, the book (Andy Blankenbuehler with Ted Malawer) and general plot cannot keep it afloat. The story is full of tropes of forbidden love, arranged royal marriage, and leaving a relationship to follow a passion…we’ve seen these things time and time again. Only Gold offers very little relevancy or urgency, let alone important conflict and conversation. Moreso, everything written specifically for Only Gold cannot match the charisma of Nash’s previously written lyrics, highly specific in their wording, and lofty in their musicality, and I’d argue the reason many fans return to her work time after time again.

What the show does get right, however, is the range and execution of the choreography. Led by dance-world names Gaby Diaz, Karine Plantadit, and Ryan Steele, movement is the key focus here, with the ensemble rounding out an agile and magnetic display of choreography. Both the choreography and direction (Blankenbuehler) have potential and the most gimmicky moments stand out (choreography intertwined with eye-catching props by Samantha Shoffner). Performances from Hannah Cruz and Ryan Vandenboom (as young, grappling with career, couple Camille and Henri) are sound, yet overlooked due to the non-dancing nature of their storyline.

In addition to the music, Nash also performs in a narrator-type role. While her work is typically full of personality and charisma, her performance was not. This casting dilemma extended into many of the main roles; so many are beautiful dancers, that is undeniable, but tasked with a minimal dialogue of irrelevant proportions and a focus on difficult choreography, there’s not much acting going on here at all. To remedy the need for top of their class dancers, Nash and three of the larger ensemble tracks lend their voices to important musical moments, but on a small stage with a huge cast, the layers become convoluted. The scenic design (David Korins), while beautiful, didn’t help either. With the MCC stage in its largest possible orientation, this show is much too large for 52nd and 10th.

Ultimately, Only Gold falls victim to the industry-wide need to be everything, everywhere…this musical tried to be a jukebox with a period plot, a focus on dance, a “follow your heart” motif, and a glittering appearance. The result was overwhelming to the senses and underwhelming in actual substance.

‍Only Gold will play through November 27 at MCC Theater. For tickets and more information, visit here.