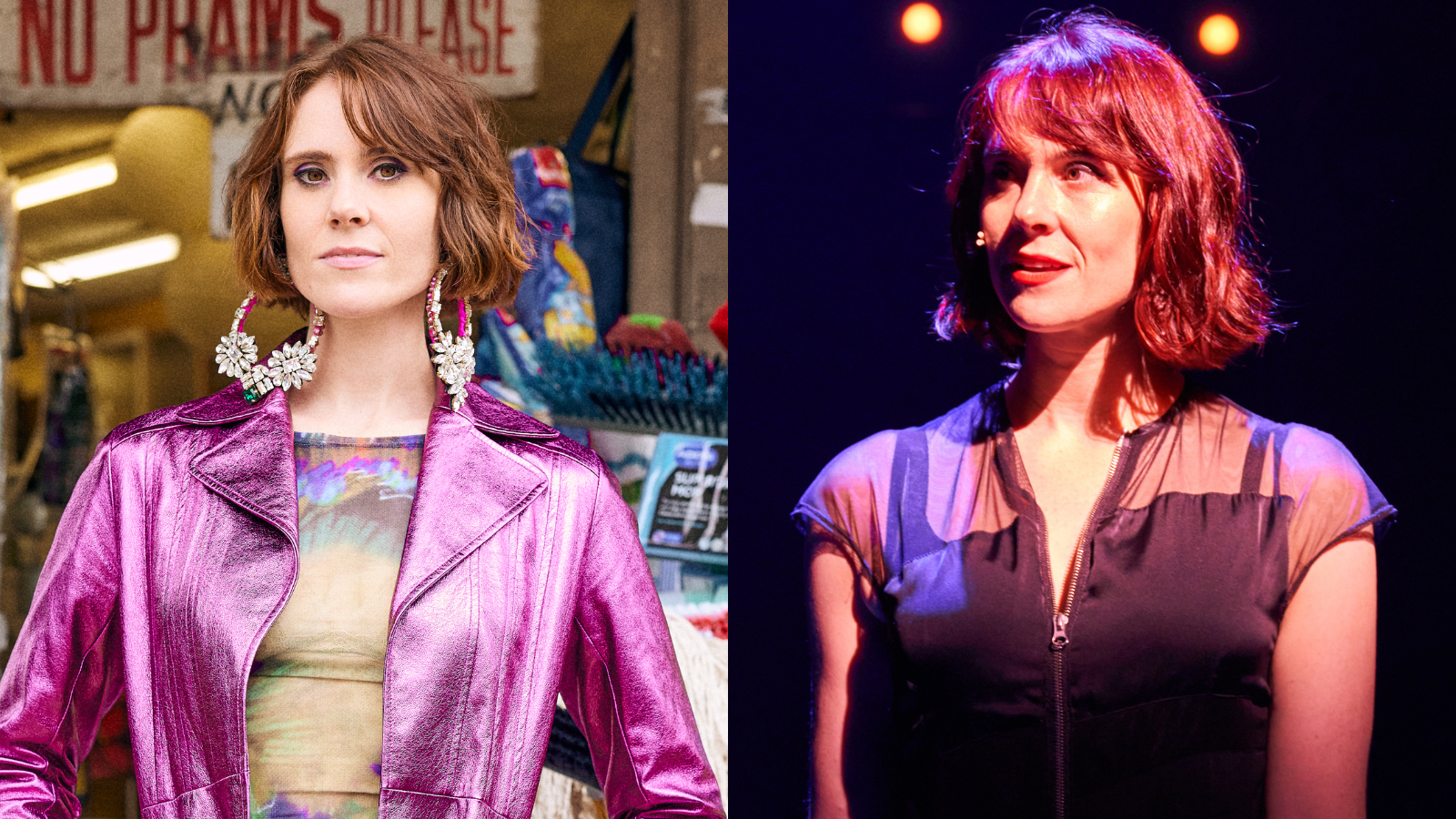 Fans of Kate Nash know that the pop star, actress, and songwriter can do pretty much anything she sets her mind to. Her debut album, Made of Bricks, struck a chord with her upbeat melodies and heavy-hearted lyrics. Then, she played the lovable Britannica in GLOW in Netflix, amassing even more fans apart from those who might not know her music.

Now, it’s all coming together in the Off-Broadway musical, Only Gold, which is currently in previews at MCC ahead of an opening night November 6. It all started more than a decade ago when director-choreographer Andy Blankenbuehler reached out to the pop star, asking if they could work together on a story idea about a dance-focused musical set in Paris, following a fictitious royal family on vacation.

That was around the time of Nash’s second album, My Best Friend Is You, came out. It featured songs like “Don’t You Want to Share the Guilt” and “Paris,” which heavily influenced the choreographer’s notion of what Only Gold could be. “There’s definitely melodies from that album recurring in the show,” says Nash. “Even though ‘Don't You Want to Share the Guilt’ is not in there, we really wanted to keep the feeling from that song in the show. It’s like this rant and it’s emotive and it builds to something, but it’s not what you think. It has orchestration and there’s a real sense of drive in it.”

On top of Nash and Blankenbuehler’s own creative partnership, the original songs in the musical took quite the journey, too. “I couldn't even have imagined how some of these songs would sound...We focused on trying to keep the spirit of my voice and elevate that into a musical world.” Some of them started as iPhone recordings, with Nash using Garage Band or tinkering on the keyboard while singing melodies.

As the show matured, the songs developed a new context with the various arrangements, thanks to Tom Kitt, both vocally and instrumentally. Of course, there’s Nash’s signature pop edge with a dash of musical theatre thrown in—but there’s another element that some might find surprising. “I have a punk side of me,” she says. “And the musical is definitely not punk, but we wanted to keep the spirit. There’s electric guitar and it’s bass-heavy in some songs.”

That “we” is an important part to the story of Only Gold. Teamwork is the best part of being in musical theatre, says Nash. “I find [it] so satisfying to collaborate with arrangers and musical directors to figure out ‘what is the best things to do with some of these songs?’ Then, hearing other people sing them as well I find really [fulfilling].”

It’s an impressive 26-person cast in the Off-Broadway show. Early on, Nash realized how important the connection between dancers and musicians is. It’s a parallel of interpreting lyrics, whether through a person’s body or an instrument. “We can see each other’s work in this specific, unique way…I’m so inspired by it.” Nash even worked with one of the leads ahead of time, putting So You Think You Can Dance winner and West Side Story alum Gaby Diaz, who plays Tooba in Only Gold, in her music video for “Waste Man.”

“It’s just been so fun to meet lots of different people in this field and feel so welcomed, and honestly, really at home,” says Nash. “I never thought I’d be [involved] in musicals, but it was one of those things where I realized, ‘Oh, I feel very comfortable and… my music weirdly makes so much sense here.’ And to have dancers interpreting my songs is just the coolest thing ever. These are incredible artists with experience and style.”

Nash herself is in the musical, too. She plays the Narrator, a role she didn’t even realize she had until the contract arrived. With auditions happening while the star was on tour a few years ago, Nash assumed the role went to someone else—but now she thinks Blankenbuehler decided the unique style of the show dictated that the songwriter needed to guide the audience through her work on stage.

“It's been a big learning curve and I’m really glad that I did GLOW before doing this because I feel like learning to wrestle taught me that I can learn to do things I don’t think I'm going to be able to do,” she says.

Now, for the first time in a while, Nash isn’t sure what will come next artistically. “I’m sitting on an album at the moment that I need to figure out how to release. Right now, I’m just really interested in where this musical theatre journey will take me—and I feel really open-minded.”

For more information about Only Gold and tickets, click here.