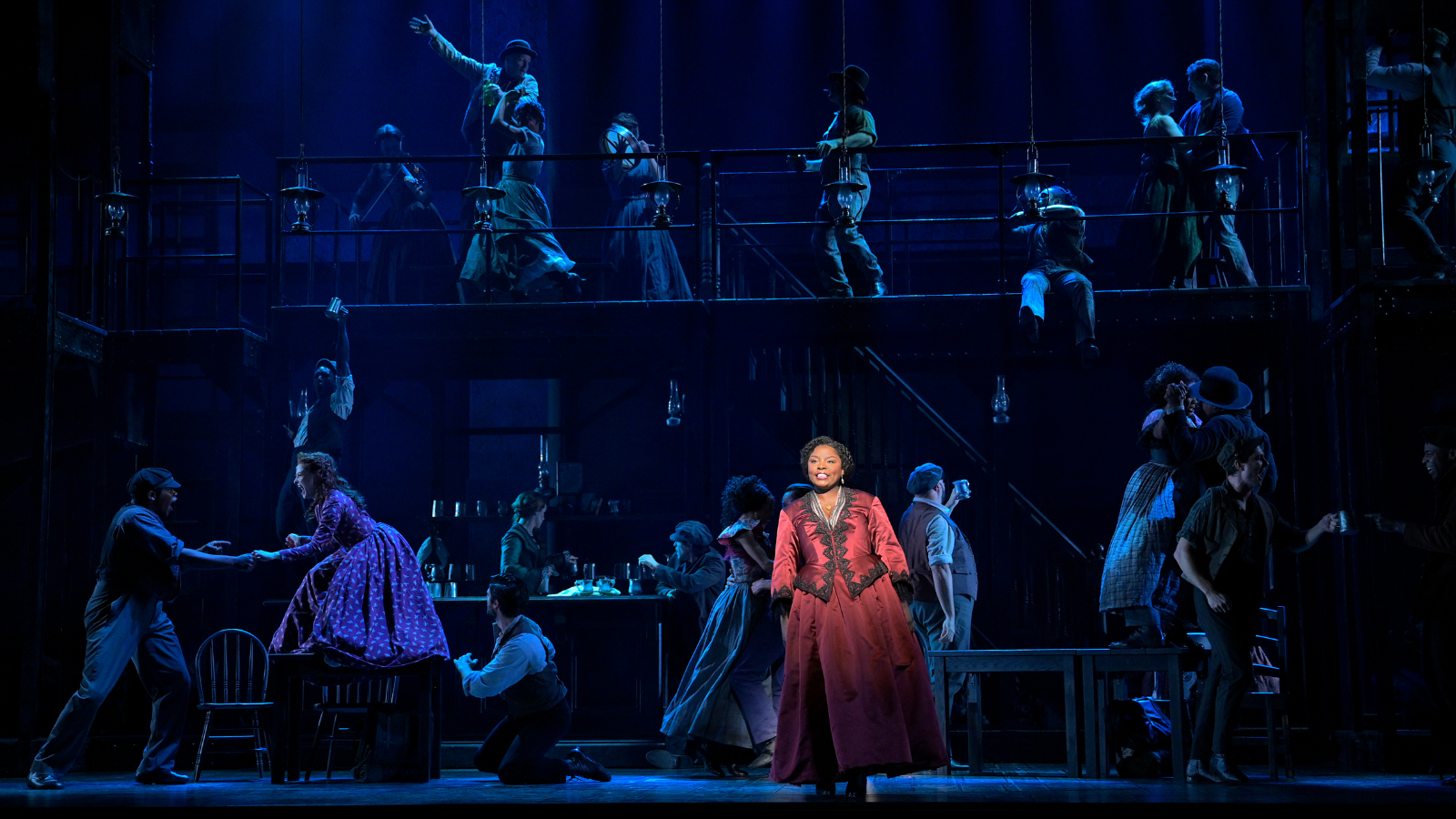 Paradise Square represents many firsts in the theater industry’s recovery from the pandemic shutdown. It’s the first production to reopen the Nederlander Theatre — a pillar of the Loop theater district — and the first pre-Broadway run of a major new work in Chicago. When it transfers to New York City’s Barrymore Theatre, where it’s slated to begin previews in February of next year, it will be among one of the first new musicals to open on Broadway.

It also marks the controversial comeback of Garth Drabinsky, the three-time Tony Award-winning producer who was responsible for renovating Chicago’s Nederlander Theatre (formerly the Oriental) and revitalizing the surrounding theater district. He was convicted of fraud and forgery in 2009 and spent time in prison in Canada, while separate allegations of abusive work conditions that persisted under his watch have further tarnished his legacy. As producer of Paradise Square, Drabinsky’s pending return to Broadway may reasonably be met with skepticism.

The ambitious musical on which Drabinsky is staking his career rehabilitation premiered at Berkeley Repertory Theatre in 2019 and is based on a 2012 musical, Hard Times. Paradise Square crafts a lively portrait of the Five Points, a notorious neighborhood in Lower Manhattan, at the height of the Civil War in 1863. Primarily set in a saloon owned by Nelly O’Brien (2020 Tony Award nominee Joaquina Kalukango), the daughter of a father who escaped slavery and wife to an Irish captain in the Union army (Matt Bogart), the show emphasizes the harmony between the Black and Irish Americans who lived in the Five Points.

This oasis of unity, rare for its time, is strained to its limits by wartime tensions including labor competition, the implementation of a Union army draft, and the culminating Draft Riots of 1863, which caused at least 119 deaths. Parallel to these plot threads runs the story of Washington Henry (Sidney DuPont) and Angelina Baker (Gabrielle McClinton), two young lovers who travel the Underground Railroad to escape a life of slavery in Tennessee.

Jason Howland’s score infuses aspects of both cultures — the sounds of Irish fiddling, tin whistles, and the harp mix with those of spirituals and work songs — while the overall aesthetic sits comfortably in the world of contemporary musical theater. Lyrics are by Nathan Tysen and Masi Asare, and Larry Kirwan contributed additional music as well as co-writing the book, which is based on Kirwan’s original concept. Standout songs include the anthemic “Breathe Easy,” which showcases McClinton’s rich alto in duet with DuPont’s strong tenor, and “Let It Burn,” Nelly’s 11 o’clock number delivered by Kalukango with ovation-eliciting passion and power.

The score also lends itself to exuberant dance numbers, choreographed by Bill T. Jones. The cast includes many impressive dancers, including DuPont and A.J. Shively (playing Irish immigrant Owen Duignan), who are featured in a thrilling mix of Irish step dancing and Black American juba — an amalgamation that historically led to American tap. For audiences who have been deprived of musical theater, the large-scale dance numbers are joyful indeed. Also worthy of mention are quieter moments when the choreography takes on a more interpretive style, including an intense whipping scene in which tap dancers provide the chilling sound effects.

While the music, choreography, and talented cast (directed by Moisés Kaufman) are greatly enjoyable, the book attempts to tackle too many themes and storylines, stretching most of them too thin. Following a prolonged creative process leading up to its Berkeley and Chicago runs, the current version credits four book writers: Christina Anderson, Marcus Gardley, Craig Lucas, and Larry Kirwan. The sprawling plot encompasses anti-immigrant sentiment, exploitation of the poor, corrupt politicians, mob violence, interracial, and LGBTQ relationships, sexual abuse of enslaved women, appropriation of Black music, and more. There’s also an extraneous plot line involving Stephen Foster, the 19th-century composer of popular tunes such as “Camptown Races” and “Oh Susanna,” whose music forms the basis for several of the show’s numbers.

Despite its need for trimming, Paradise Square achieves some truly moving moments when it homes in on the personal relationships between characters. While it addresses a wide range of timely issues, to varying degrees of success, its most effective theme is simple: the love found in the community of Five Points and the way its people take care of each other. Therein lies the heart of the show.

Paradise Square is now in performance at the James M. Nederlander Theatre in Chicago through December 5, 2021 prior to a run on Broadway next year. For ticketings and more information, visit here.