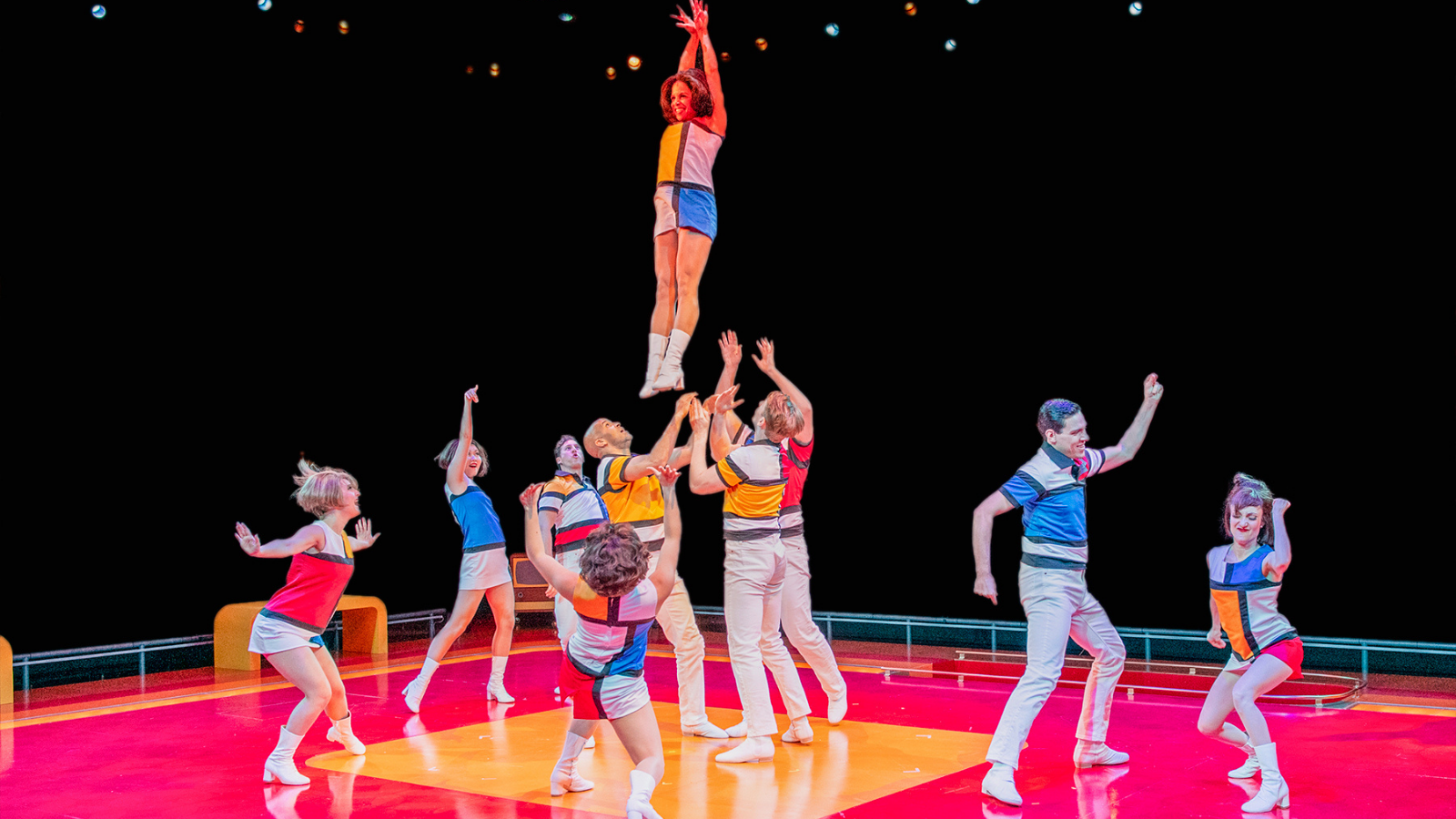 The cast of Catch Me If You Can at Arena Stage in Washington, D.C. | Photo by Margot Schulman

Eleven years after its Broadway opening, Catch Me If You Can has found new audiences in a different city—this time, in Washington D.C. Those familiar with the musical, based on the 2002 movie of the same name, may be pleasantly surprised by new songs and scenes added to the show. This production, currently playing at Arena Stage, includes rediscovered numbers from the musical team of Marc Shaiman and Scott Wittman, plus a reworked book from the late Terrence McNally, with the help of McNally’s husband Tom Kirdahy.

Playing through April 17, Catch Me If You Can brings excitement, suspense, and fast footwork to the Fichandler Stage. Theatrely chatted with choreographer Parker Esse about the new perspective this production brings and the joys of being back in the room.‍

What was particularly exciting to you about working on this project?
‍There [are] many new additions in our version of Catch Me, including two new songs and a script never-before performed. It felt as though we were working on a new show and not a revival. There were new opportunities to use choreography to tell the story under the umbrella of Frank Jr.’s game show/variety show vernacular. It was also exciting to take this show and put a spotlight on the relationship between fathers and sons. Actually, the most exciting thing was being back in a room with collaborators to create theatre again. I missed working and developing choreography on dancers in person, bouncing ideas back and forth with a design team, and being back in a theatre with an in-person audience! Being isolated at home for two years during the pandemic, to then come back and create Catch Me If You Can, was an emotional roller coaster ride. I [had] missed doing what I love surrounded by artists excited to share stories with audiences.

As you mentioned, this production incorporates a lot of new elements to a story that many may already know. Did these new additions bring any challenges to your work?
‍[Director] Molly Smith and I chose to tell this story with a smaller cast size, thus creating an ensemble of “players” that change roles in a series of fast-paced quick changes… some offstage and some on. We wanted to bring the audience in to witness these “players” who are brilliant con artists, constantly changing before their eyes, helping Frank Jr. tell his story weaving from one false identity to another. It proved to be a marathon performance for our 10 “players” dancing in every production number and changing characters within a blink of an eye. As always, it was challenging to create in-the-round. It’s a fantastic, complicated puzzle to create movement, patterns, traffic, and stage pictures that translate to all four sides of the audience. All of this, coupled with a reduced cast size, made the puzzle even more challenging. Adding additional music and new numbers to the show created more opportunities to present the story through choreography while making the transitions fluid and seamless.
What addition, song or book, really stands out to you as a great incorporation?
‍The new addition of “50 Checks” has been a great story-driven song to dive into choreographically. The music perfectly captures the essence of what Frank Sr. is trying to impart to his son… with 50 blank checks, Frank Jr.’s future promises to have endless opportunities. The slick, sophisticated, and sexy jazz music complimenting the isolations and fluidity of the dancers on stage, amplifies the lure of the con for Frank, Jr.

This show is stunning and very high-energy—what did you look to for inspiration in creating this choreography?
‍When I developed the style of the choreography, I wanted to create a love letter to 1960’s dance styles, grounding them in the jazz sensibilities of Jack Cole and Bob Fosse. Finding inspiration in Cole, the “Father of Jazz,” seemed like the natural choice when being true to the era and the relationship between fathers and sons.

What are you most proud of about this project?
‍I’m most proud that, with an ongoing pandemic, we have been able to create a beautiful piece of theatre, bringing audiences back into the fold. Theatres like Arena Stage are doing everything in their power to keep the cast, musicians, crew, and audiences safe. I’m proud to be a part of this theatre and a community that puts the safety of others first while trying to continue the livelihood of all those who work in performing arts.‍

What do you hope audiences will take away from this particular production?
‍I hope audiences will leave feeling joy, hope, and a release from their worries and stress. We all need a chance to escape and [to] feel safe while doing so. Live theatre will always be that safe space.

Catch Me If You Can will run at Arena Stage at the Mead Center for American Theater through April 17. Tickets are available for purchase here.