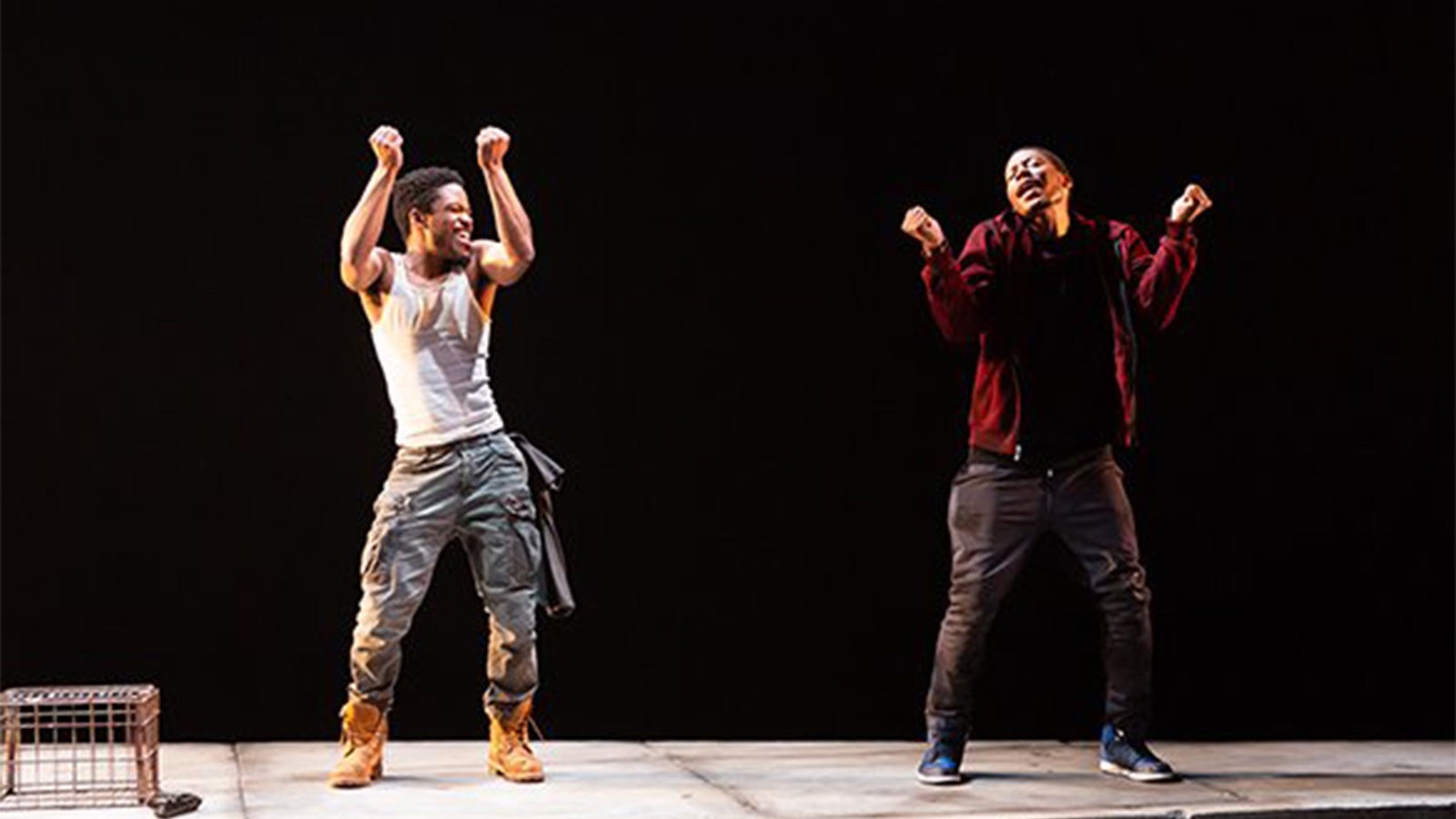 PASS OVER announced today it will hold a block party on West 52nd Street in celebration of its first preview, and the first performance of a play on Broadway since March 2020, on Wednesday August 4 outside of the August Wilson Theatre.

West 52nd Street between 8th Avenue and Broadway will be closed to traffic on Wednesday August 4 from 8pm – 11pm. After the performance ends, audiences will be able to exit the theatre and enjoy music provided by S.N.O.B. (DJ Duggz, DJ Ari Grooves and Emily McGill) as well as special to-go menus available for purchase from local vendors including Haswell Green’s, Victor’s Café and M Social Hotel on the block outside the theatre.

This event is free for all and open to the public.

PASS OVER is Antoinette Chinonye Nwandu’s “masterful” (Afira Akbar, The Guardian) new play, drawing inspiration from Waiting for Godot and the Exodus story, placed on a city street corner. Moses and Kitch stand around – talking shit, passing the time, and hoping that maybe today will be different. As they dream of their promised land, a stranger wanders into their space and disrupts their plans. Evoking heartbreak, hope, and joy over its 85 minutes, PASS OVER crafts everyday profanities into poetic and humorous riffs, illuminating the unquestionable human spirit of young men looking for a way out.

Tickets for PASS OVER begin at $39 and are on sale through Sunday October 10, 2021. Tickets are available to purchase through SeatGeek.com.