PHOTOGRAPH 51 is Better Heard Than Seen on Audible — Review 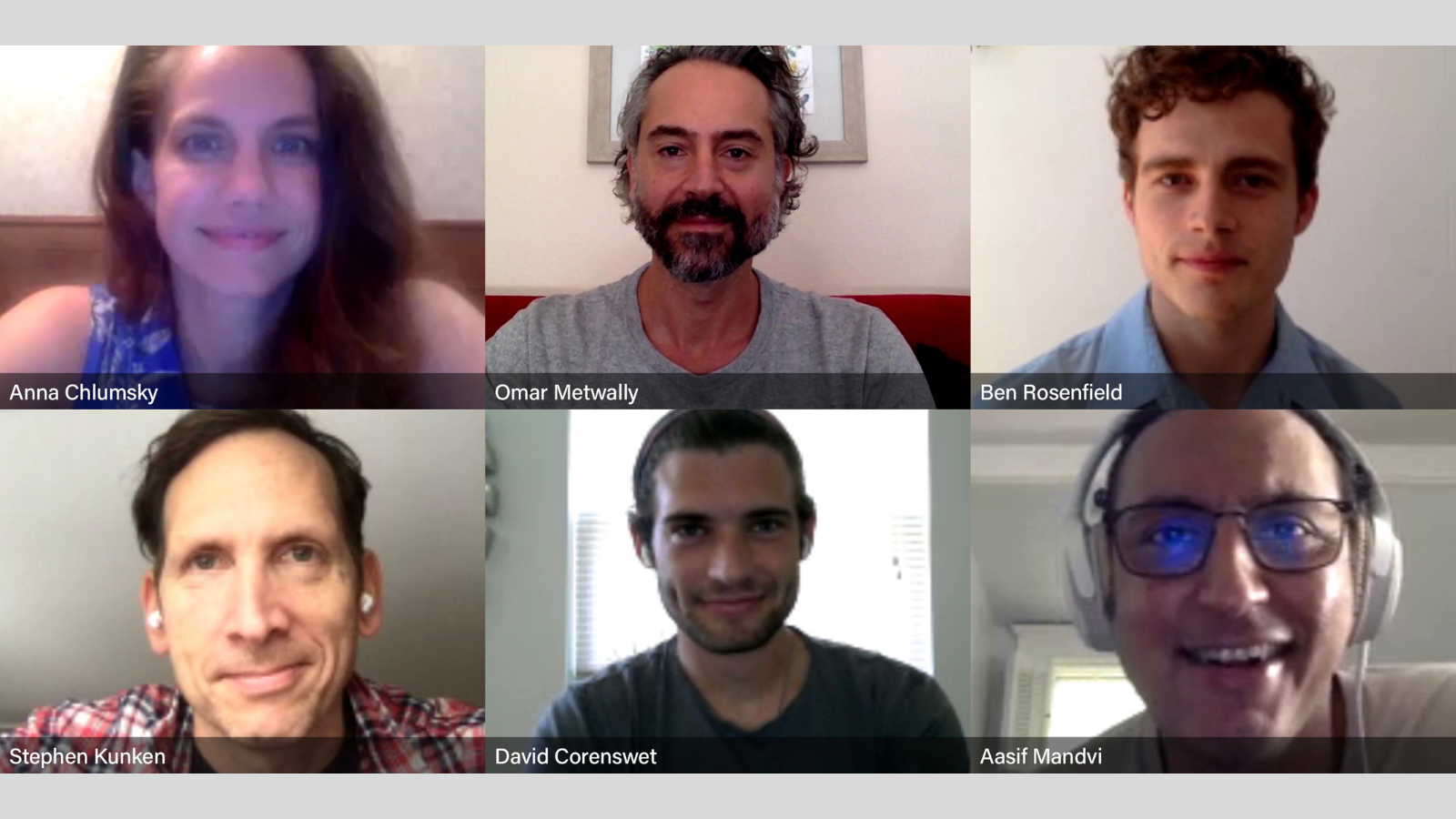 The Cast of "Photograph 51" | Courtesy of Williamstown Theatre Festival and Audible Theatre
By
Juan A. Ramirez
No items found.
on
Category:
Reviews

Late in Photograph 51, Anna Ziegler’s play about the near-forgotten scientific contributions of one Rosalind Franklin, the pioneering chemist is asked by a colleague what it is she wants from life.

“So many things: To wake up without feeling the weight of the day pressing down; To fall asleep more easily, without wondering what it is that’s keeping me awake.”

She lists her desires in a yearning, wistful monologue, though without ever actually telling him. Back in reality, she straightens up and evades the question. It’s a touching moment, almost heart-breaking in its matter-of-factness. But it’s one that leaves you wondering why, nearly 90 minutes into a one-act play, it is the first real glimpse we get into its protagonist’s interior life.

Franklin was a tough nut to crack, as her associates are wont to tell you. Still, for all Ziegler’s play––directed by Susan Stroman for Williamstown Theatre Festival’s Season on Audible––does to shame her cohort, and history itself, for dismissing her research, it leaves a void at its core that doesn’t require a microscope to notice.

Franklin was an English scientist whose groundbreaking work went overlooked by a sexist academia bent on the boastful glory of discovery. The play’s title comes from a 1952 X-ray image, taken under her supervision, that proved essential in identifying the double-helix structure of DNA. Despite her essential contributions to the field, she was not awarded the Nobel Prize her close collaborators received.

At the start of the play, Franklin (played with no-nonsense wit by Anna Chlumsky) realizes she has accepted her new post at King’s College London lab under somewhat false pretenses. Instead of leading her own research, she must collaborate with Maurice Wilkins (Omar Metwally), who undermines her at every turn. Lurking over at Cambridge are James Watson and Francis Crick (David Corenswet and Aasif Mandvi, respectively), eager to win the race towards discovery, which Franklin dismisses in favor of accurate research.

Franklin’s world is a boys’ club many will find annoyingly familiar, and Photograph 51 understands how easy it is to feel invisible within it. This makes it doubly frustrating that Ziegler seldom investigates who Franklin actually is. For every brief, fascinating flash of her––a call from an unannounced Swiss weekend trip where she waxes poetic about the mountain air before hanging up––there are about three whole scenes of the men trading sexist quips and questioning her ‘frigidity’ (ugh). The idea to have the men sporadically act as a Greek chorus only widens the gap of Franklin’s unknowability.

If, in terms of cohesion, the play fares better as an audio production than Williamstown’s previous effort, A Streetcar Named Desire, it is because the work itself is only a few lectures away from being a podcast. Whereas an audio-only treatment of Tennesee Williams feels like eavesdropping on your raucous next-door neighbors, Ziegler’s dialogue is upfront and descriptive in the way true crime dramatizations tend to be. On stage, this makes for a dry and somewhat inert experience––a somewhat impossible problem to fix, given the characters’ rigidly academic nature. Here, it achieves an expository charm that seems tailored to be heard-and-not-seen.

Chlumsky, with her quick, assertive intonation, does a fine job portraying someone who has steeled herself for battle, while hinting at a not-too-distant fragility. Her “I want” speech, inspired by a conversation with Don Caspar (Stephen Kunken)––perhaps the only colleague to treat her with not only respect, but humanity––is poignant in a way I wish the play would have indulged more. As an eager young scientist, Corenswet translates the statuesque beauty displayed in this year’s Hollywood and The Politician into his voice work. Whether ‘star voice’ is simply ‘hot voice’ is yet to be determined, but it is a commanding presence, nonetheless. The rest of the cast fills their parts adroitly and, as Ray Gosling, the ersatz Judas who delivers Franklin’s work to her competitors, Ben Rosenfield projects a justly quivering tone.

There is better drama to be mined from the situation, and Franklin’s story deserves to be told. Perhaps leaning into a betrayal narrative, or further imagining what her inner life was like would create more engaging tension. But these are problems made evident in its staging. As an exercise in audible entertainment, especially for the scientific or historical set, it’s hard not to capture what this Photograph 51 reveals.

“Photograph 51” is available now on Audible Plus.