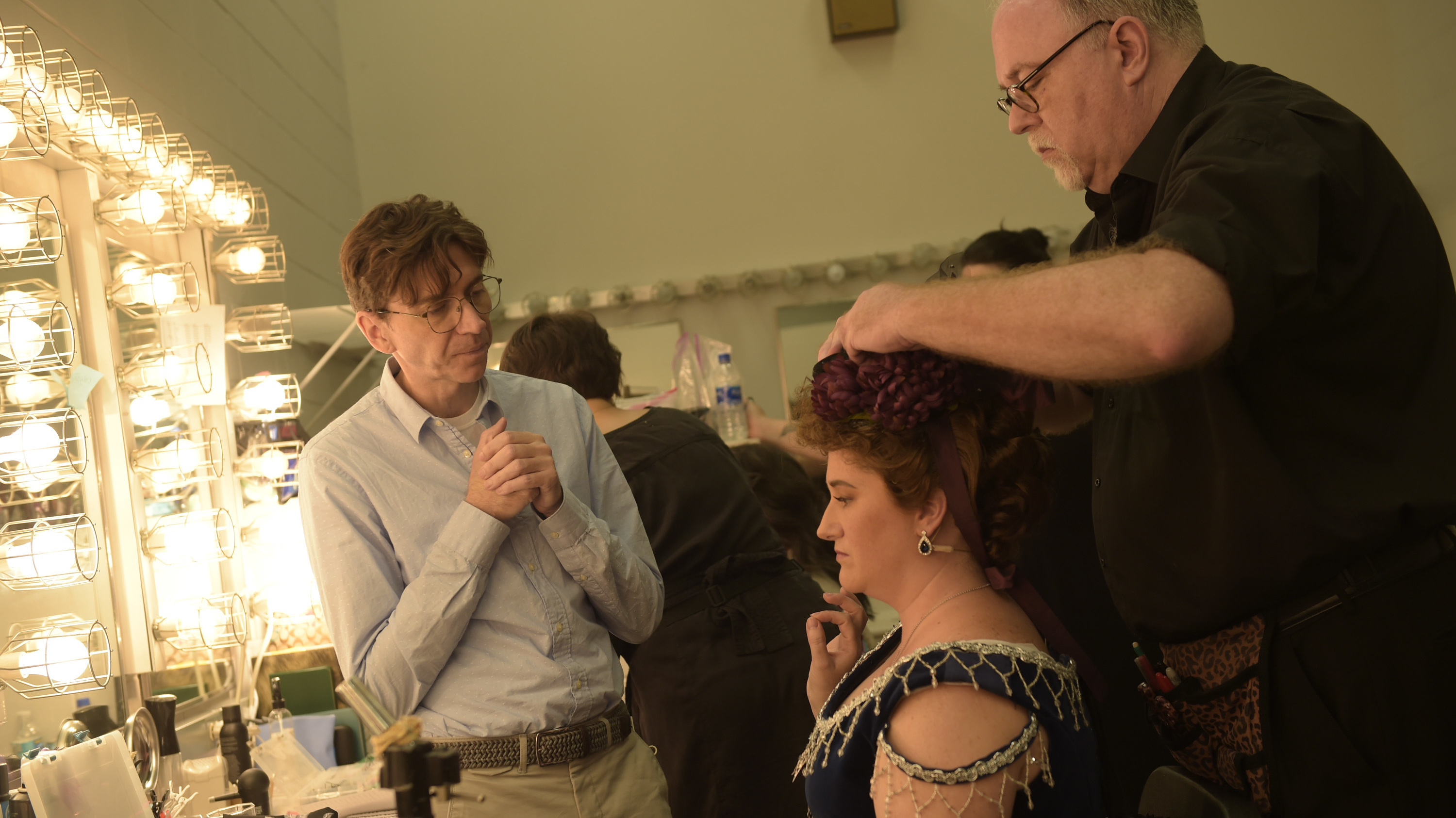 Encore! - "Annie Get Your Gun" (Disney+/Charlene Guilliams)
By
Jamey Miller
No items found.
on
Category:
Features

Theatre Talk Boston resident television lover Jamey Miller previews the latest episode of Encore! on Disney+ where we see what happens when the cast of the iconic Irving Berlin musical reunites after 20 years. Read his take here:

Buckle up, Disney+ subscribers. After spending a couple of weeks focusing on the ooey-gooey magic of musical theatre, Encore! seems to be rerouting in its newest episode to show us that sometimes the high school drama never really goes away. This week, Kristen Bell’s reality series brings us to the beautiful town of Satellite Beach, Florida. Reunited there are a recently-unemployed stay-at-home dad, a barber, an OBGYN, a Broadway actor, a political strategist, and others who were all members of Satellite High School’s 1998 cast of Annie Get Your Gun.

In every episode of Encore! so far, we have seen some tensions from the school hallways come back to the surface, but never like this. Without letting slip any spoilers, let’s just say that some members of this cast take the lyrics “anything you can do, I can do better” a little too seriously. Even twenty-one years after high school, familiar faces in the rehearsal room rehash old conflicts that impact the cast dynamic for the week.

Never have I ever felt so bad for Coy Middlebrook, the director who has helped put on multiple of these encore performances. In this episode, it seems that poor Coy is not actually directing adults, but teenagers who never grew up. Expect storming out of rehearsals, confrontations, improper audition etiquette, and much more! I hope Disney is paying this man well because dealing with all of that drama on top of mounting a full production in five days sounds nearly impossible.

However, the episode does have some heartfelt moments that remind us why we love this show so much. In my favorite segment of the show, Coy leads the cast through a reflection exercise that encourages the actors to explore who they were in high school and how that person became who they are now. Encore! spreads the message that reflecting on our past can give us clarity on the present. That theme has never been more apparent than in one man, Alfie, who appears in this episode. You will see how his weeklong reunion with the Annie Get Your Gun crew impacts not only his present, but his future as well.

Encore! continues to show that theatre does have a space in reality television. Anyone who has been part of a theatrical production can tell you that these scenarios are not scripted. Forgotten lines, missing actors, diva tantrums, technical failures… these are all just part of the process, but we keep making theatre anyways. Why? Well, as the 1998 Satellite High School cast puts it, “there’s no business like show business!”