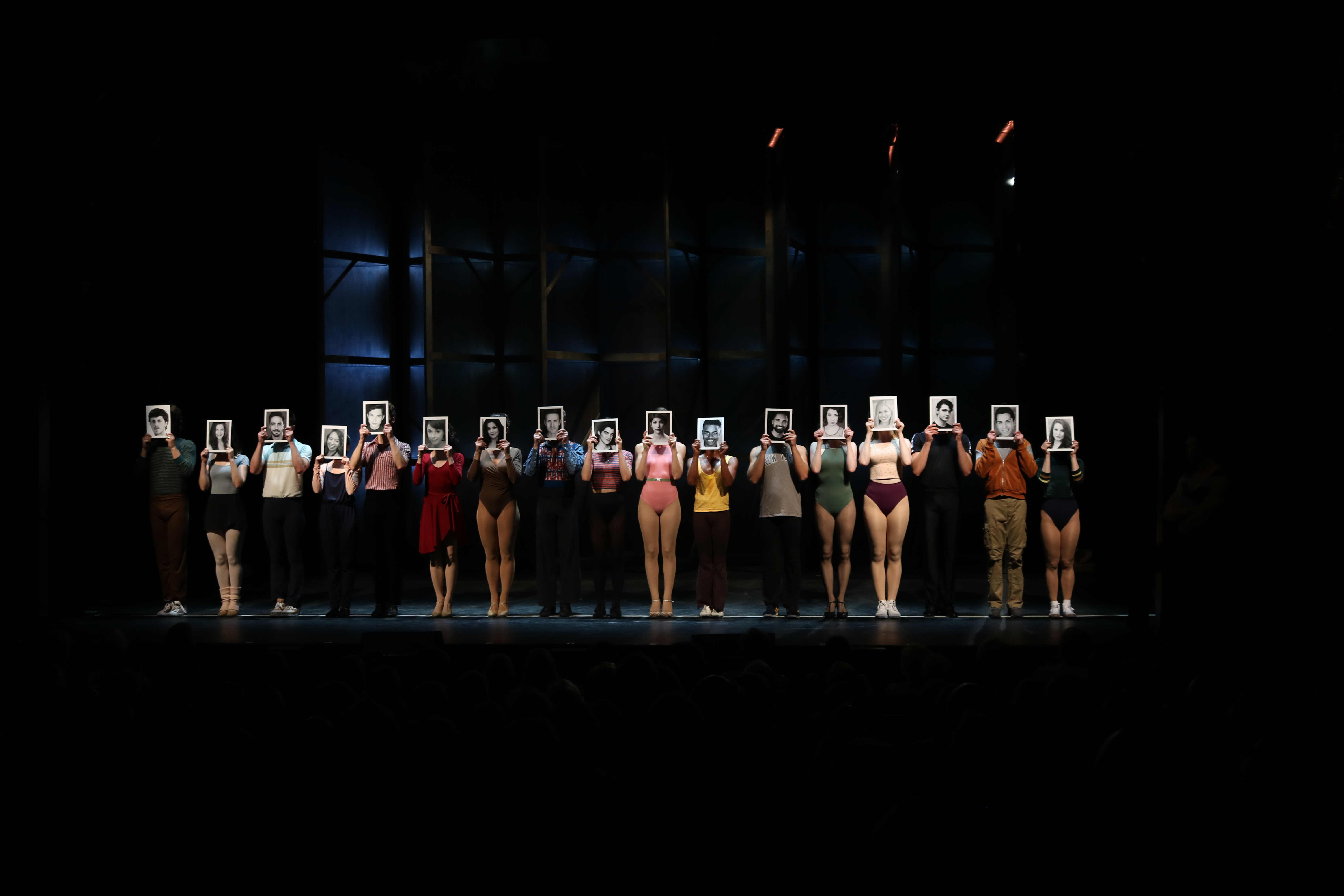 Never has the saying “The Show Must Go On!” rang truer than with opening night of A Chorus Line now playing at the Cape Playhouse until August 3rd.  Against all odds the show opened as scheduled last night and the cast gave it their all to produce an electrifying night of theatre out on the Cape!

Originally produced in 1975 from the brain of the great Michael Bennett, A Chorus Line has spawned numerous productions around the world and continues to be a crowd pleaser.  After suffering through the horrible blackouts in Midtown Manhattan a few weeks back (see here), the cast made the journey up to Dennis, MA only to arrive just in time for a literal tornado to come a knocking - the first time in decades to happen.  Opening night was the first time the cast performed the show with all the technical elements including lights, and you would have never known!

Heralded as one of the greatest musicals of the last century, A Chorus Line tells the tale of a group of dancers auditioning for a show where only four boys and four girls will make the cut.  They dive deep into the characters learning where they came from and how they got to where they are today, some happy -- some sad.  Few moments in theatre are as exhilarating as the opening number, “I Hope I Get It” where a whopping cast of 24 take the stage and dance to Marvin Hamlisch’s beautiful score.  Broadway veterans Joyce Chittick and Rick Faugno took on the role as director and choreographer respectively.  Faugno preserves the iconic movements that the world has come to love while adding his own fresh spin to it.

The Cape Playhouse continues to do what it does best, find the best performers at the top of their game and this show proves no different. Sara Esty assumes the role of Cassie and provides a beautiful, heart wrenching portrayal of a now down on her luck dancer who just needs a job.  Her performance of “The Music and the Mirror” was breathtaking and is worth the price of admission alone.  Dear casting directors - hire Ms. Esty to play Cassie in all future productions of this show -- please and thank you.

Ms. Traci Jai Edwards brings the sass as Sheila and was a delight to watch on stage and Brett Thiele’s commands the stage as Mike in “I Can Do That” which was one of the many highlights of the evening for myself.  Michael John Hughes takes on Paul with sincerity for his dramatic monologue about his troubled childhood.  It would take too long to highlight each individual on that stage but this cast is one for the books.

As usual the Cape Playhouse has assembled a top-notch production team including the fabulous Adam Koch as set designer (he is responsible for the sinking ship down at Serenbe’s Titanic).  Kirk Bookman’s lights interviewed with Koch’s set provides a new yet familiar look to the production which I appreciated.  Molly Walz costumed the cast in 1975 appropriate costumes including the fabulous finale outfits.

With stunning dancing, beautiful songs, and touching monologues A Chorus Line is sure to delight audiences of all ages.  The Cape Playhouse is at the top of their game and continues to move only upwards.  Go out and see this "Singular Sensation” for yourself - you won’t regret it.

"A Chorus Line" is playing at the Cape Playhouse now until August 3rd.  Get tickets here: www.capeplayhouse.com