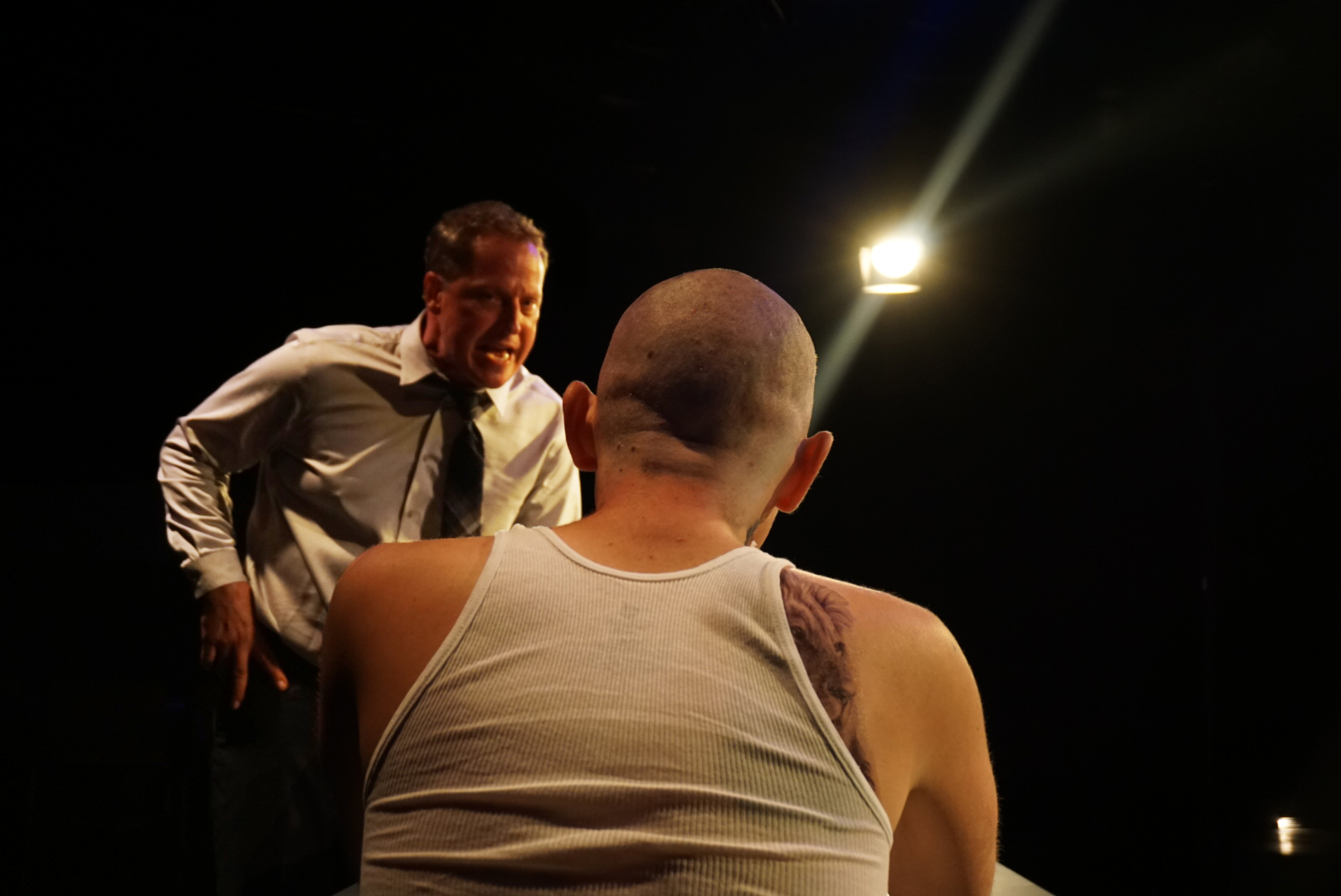 Everything old is new again...that saying rings truer than ever in Cherry Docs now playing at The Rockwell.  There is nothing more thrilling than when a new theatre company is created and Acropolis Stage Company is starting off strong.

David Gow’s 1998 play turns 21 this year yet could have been written in the past six months with the way the world is right now.  Last performed to critical acclaim here in Boston at New Repertory Theatre in 2010, Cherry Docs tells the story of Mike Downey, a neo-Nazi skinhead accused of a horrific murder of an immigrant.  When Danny Dunkelman, a liberal Jewish lawyer is assigned to represent him, they both must learn to rethink how they understand each other...and themselves.

Eliott Purcell takes on a much different role in this performance than what Boston audiences are used to - we loved him in The Curious Incident of the Dog in the Night-Time and appropriate - both with Speak Easy Stage Company.  Playing Mike, Purcell brings the audience on a journey - albeit an uncomfortable one - as we learn more about him and why he did what he did.  He has fully transformed into this character from his neurotic panic attacks down to his genuine looking tattoos which are so realistic they kept drawing my attention to its level of detail.  David Anderson completes the duo with an ease as Danny.  His intensity is very apparent and never subsides throughout the duration of this 100-minute one act.  The two actors have an enjoyable chemistry on stage together, much to the credit of director Evan Turissini.  I truly appreciated Jeff Bousquet’s lighting design which creatively used the space to establish different locations in a unique way.

Turissini, also Acropolis’ Producing Artistic Director, writes in his director’s note that he saw Cherry Docs in high school and it has been on his mind for awhile now.  This production has done a tremendous job in research brining in consultations in both law practice as well as the Jewish faith. While mildly disjointed at points - I think the script is what sometimes lacks while this team is working hard to bring this poignant production to life.

This fiercely provocative drama will certainly have you talking about it long after you leave the theater.

“Cherry Docs” is playing at The Rockwell in Somerville now until September 1st.  Get tickets here: www.tinyurl.com/CherryDocs