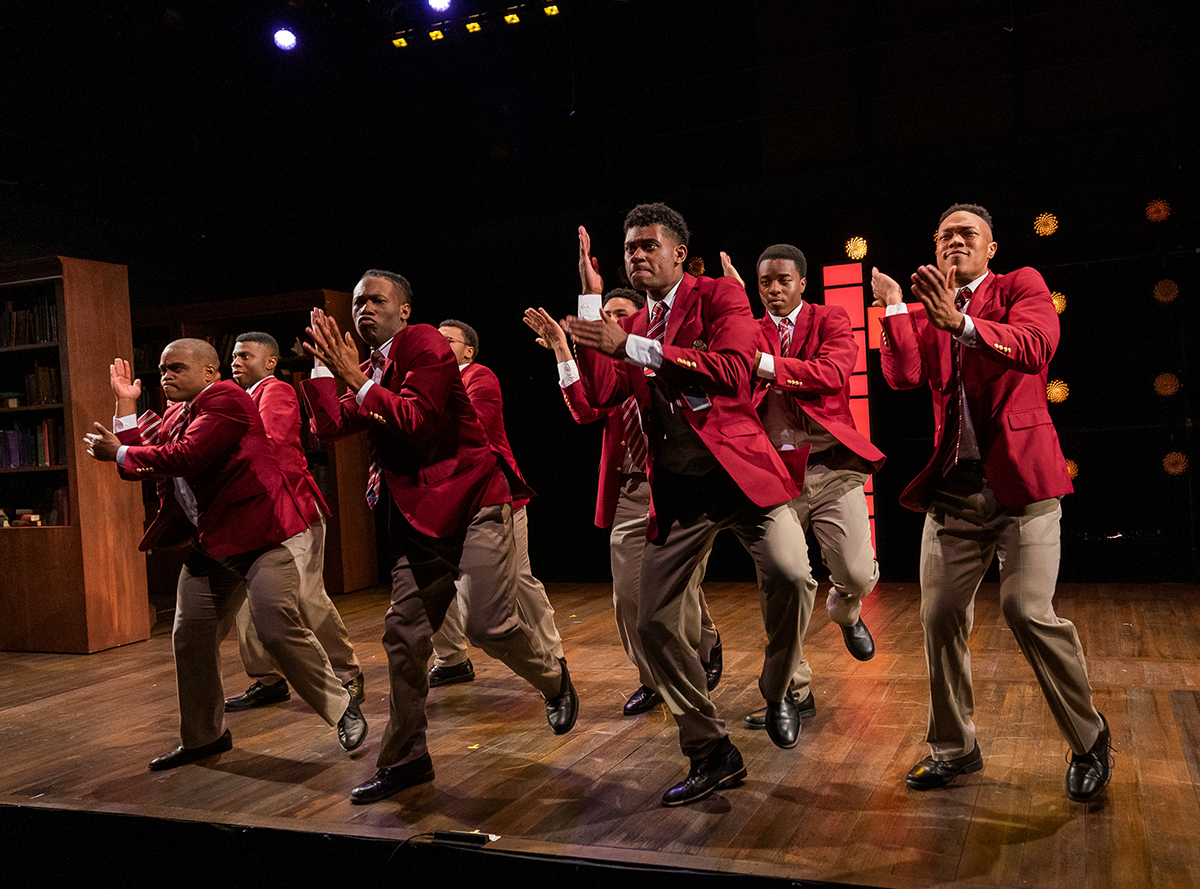 First produced by Manhattan Theatre Club and The English Stage Company in 2012, Choir Boy has seen successful productions around the country leading up to a well-received Broadway run earlier this year which garnered numerous Tony Award nominations. McCraney won the 2016 Oscar for Best Adapted Screenplay for Moonlight before making minor tweaks and updating the script for this play to make it all the more relevant. Now here in the Northeast, this Choir Boy is helmed by Boston regular Maurice Emmanuel Parent in the director’s seat.

Set during the 50th anniversary of the Charles R. Drew Prep School for Boys, we meet young Pharus Jonathan Young, played with fervor by Isaiah Reynolds. Young, black, and gay - Pharus navigates his senior year of high school while being tormented with racial and homophobic slurs by other students. His saving grace is being the leader of their school’s gospel choir - a honored tradition at the all African-American prep school. Jaimar Brown assumes the role of Anthony, Pharus’ roommate with a delicate passion and humor while Dwayne P. Mitchell’s quiet David steals his scenes both emotionally and though his crystal-clear riffs. One standout was Aaron Patterson as illiterate sidekick Junior with his angelic voice and marvelous acting - watch out for him Boston, he is going to make it big. The entire ensemble is producing an engaging performance that is not to be missed. Through music, dance, and friendship, the boys come together and learn to accept their differences for the sake of their art as they grow through their last formative year of high school.

The highlight of this production are the tight harmonies of the songs thanks to Music Director David Freeman Coleman. The multiple a capella songs throughout the show beautifully weave the story together paired with electrifying choreography. Ruka White and Yewande Odetoyinbo (currently playing double duty as Audrey II in Lyric’s Little Shop) have constructed movement that will have the audience gasping at how precise these boys are - I know I did. While the transitions were a little rough from scene to scene, it is early enough in the run to iron those out. Baron E Pugh’s simple yet multipurpose set joined with Oliver Wason’s lighting creates a welcoming though distant space. Rachel Padula-Shufelt has designed beautiful costumes.

This riveting drama won’t last long, do yourself a favor and go join the boys at Drew Prep for what is seemingly one of the most wildly important plays of the season.