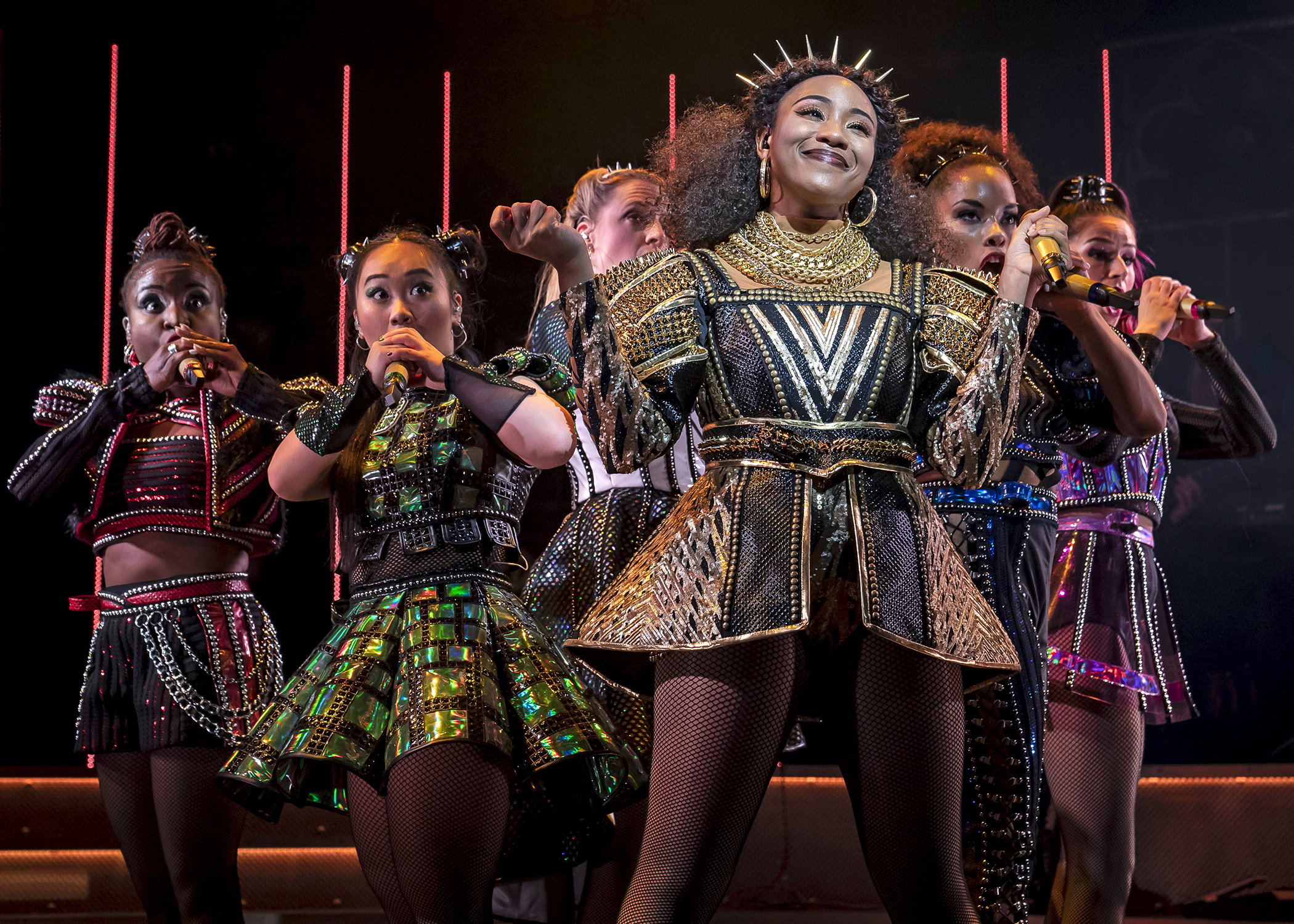 As echoed in the opening number, SIX, now playing at the American Repertory Theater, is truly one of a kind. Young theatre writers Toby Marlow and Lucy Moss created the show as undergraduates at Cambridge University. Although originally only intended for the Edinburgh Festival Fringe, the show proved such a success that SIX went on to play an Off-West End production which transferred to London’s West End. SIX premiered in the U.S. at the Chicago Shakespeare Theatre before hitting the Boston scene, and boy, are we excited it's finally here.

SIX depicts the six wives of King Henry VIII in a newly formed girl pop band. To crown the lead of the band, the queens compete in somewhat of a musical showdown. The wife with the most hardships faced in her slice of history will reign supreme and become the lead vocalist. This, however, proves no easy feat; each solo performance is more captivating than the last, showcasing these queens’ immense acting and musical ability.

Adrianna Hicks portrays Catherine of Aragon with a Beyoncé inspired confidence and a brilliant wit. Andrea Macasaet brings a unique and fresh spin on her character Anne Boleyn, who was infamously beheaded by her former husband. Her adorable demeanor and comedic style left the audience in tears, while her vocal tenacity left us wanting more. Abby Mueller makes her return to Boston after her success in the touring production of Beautiful: The Carole King Musical. With notes higher than the High Court, her performance as Jane Seymour slays the audience with her classic vocal style and iconic authenticity.

The spunky Brittney Mack dances her way to success in her vibrant portrayal of Anna of Cleves. Courtney Mack, who plays Katherine Howard, delivers a catchy bubble gum pop performance, amplified by her impressive and mesmerizing riffs. Rounding out the cast is Anna Uzele as Catherine Parr, whose calming demeanor and forceful vocals deliver a powerful punch to round out the show.

Let us not forget the band—or, as the queens call them, the “Ladies in Waiting.” The all-female band strikes just the right chord, giving the audience the royal treatment. With bedazzled corsets and metallic puff sleeves, the costumes (created by Oliver Award Nominee Gabriella Slade) shine on stage. Combined with Tim Dieling’s hard hitting lighting design, the design elements create the perfect aesthetic for a cross between royalty and rock n roll.

SIX is a musical with tenacity, spunk, and charm. No wonder this show is next to hit the Broadway scene at the Brooks Atkinson Theatre in February 2020. With the feeling of a pop concert, the structure of a musical, and the content of a college history lecture, the SIX queendom stands out as a show not to miss.

"SIX" is currently playing at the American Repertory Theater until September 29th.

Tickets start at $25 and can be purchased at www.AmericanRepertoryTheater.org