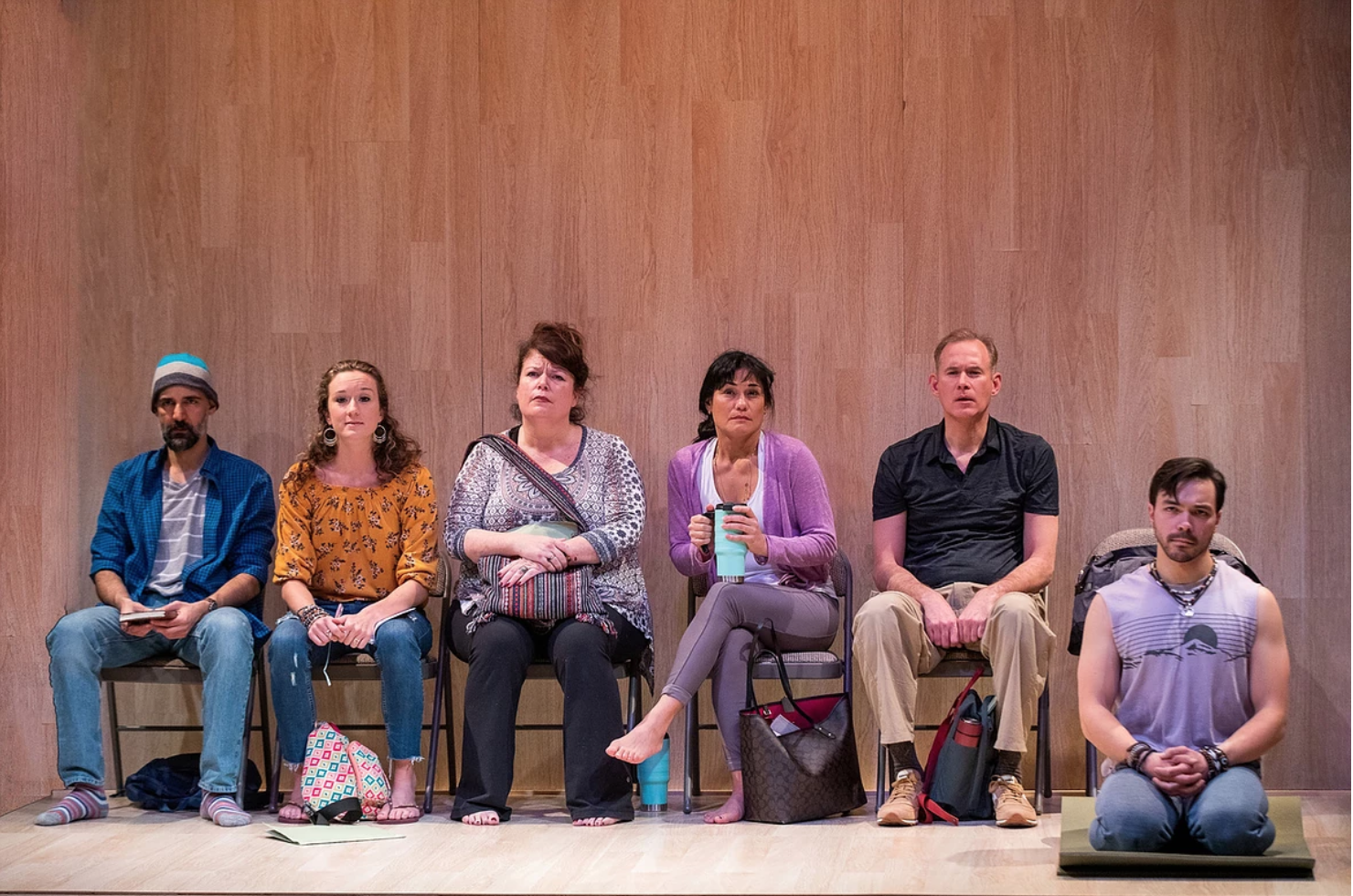 I can’t think of a better way to kick off 2019 than with a visit to SpeakEasy’s production of Small Mouth Sounds, currently playing at the Calderwood Pavilion at the BCA. Written by Bess Wohl and beautifully directed by SpeakEasy regular M. Bevin O’Gara, Small Mouth Sounds brilliantly redefines silence not as a barrier, but rather a catalyst for introspective knowledge.

The story explores the lives of six strangers who visit a wellness retreat in the woods. Heralded as one of the top plays of recent years, Wohl examines how silence plays a role in all of our lives. With minimal dialogue, she creates a new way for the audience to resonate with the trials and tribulations of these strangers. The audience soon learns that being alone with your own thoughts does not have to be a source of fear, but rather a source of self-improvement and reflection.

O’Gara has assembled one of the strongest ensembles I have seen in a long time, with many SpeakEasy favorites in the mix. Sam Simahk makes a triumphant return to the SpeakEasy stage after last being seen in 2015’s Big Fish (my first SpeakEasy show!) Although his character Rodney makes some questionable choices in the play, Simahk’s performance as oozes authenticity and relatability, helping to audience to connect to his character. Another great performance was Marianna Bassham’s role as the teacher. Although never seen, Bassham stole the show and had the audience wheezing with uncontrollable laughter.

Kerry A. Dowling and Celeste Oliva play Joan and Judy, respectively. A couple going through an unknown hardship, Dowling and Oliva’s chemistry onstage is infectious. Oliva proves to be one of Boston’s most versatile actors of late, and it was wonderful to watch her take on yet another complicated and nuanced role.

Thanks to Cristina Todesco’s sleek and intimate set, the entire audience felt bonded. Each audience member was softly lit, making it feel as if we were apart of the characters’ journeys. As O’Gara says in the program, silence is almost another character completely. You could feel the audience lean in during some of the most quiet moments and you can tell they were fully immersed in the production.

I have been waiting years for this play to make its way to Boston and oh boy, was this production worth the wait. Small Mouth Sounds is an utterly brilliant piece of theatre that will not soon be forgotten.

Small Mouth Sounds is currently scheduled to play until February 2nd, 2019.  Get your tickets here: https://bit.ly/2RApk2q