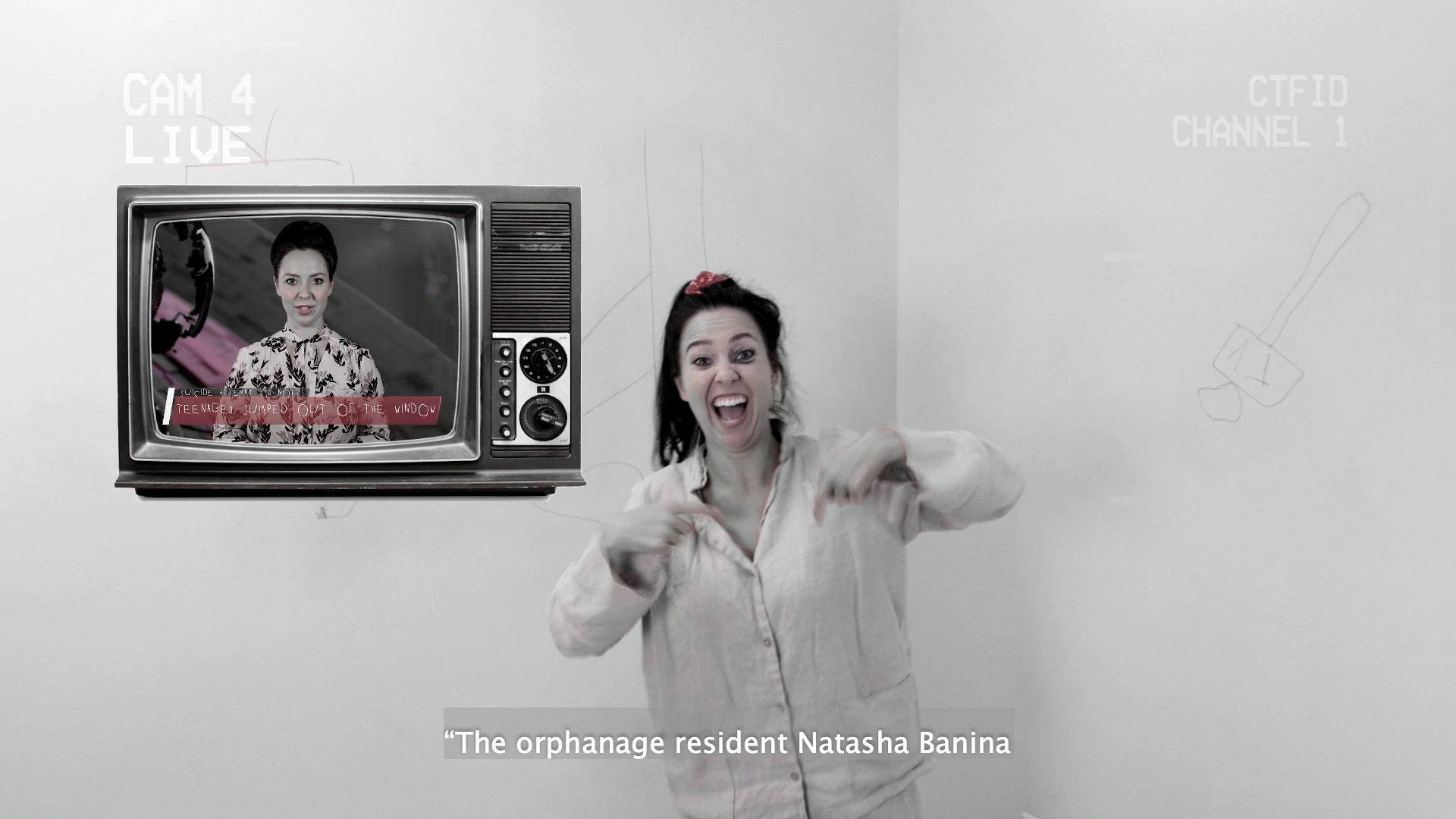 During the era of social distancing, I have experienced my fair share of Zoom productions. These nights have generally been the same–I wearily log on, watch a variation of a play reading, and leave uncertain about the future of our industry.

However, when I logged on to view State vs. Natasha Banina and heard that I had been “self-selected to be a part of a trial,” I knew I was in for something unique. The Arlekin Players Theatre’s interactive performance proves that digital, distanced theatre can be a compelling medium. In fact, it’s a medium with incredibly high stakes. Along with another 250+ jurors, I would decide the fate of 16-year old Natasha Banina, on trial for attempted manslaughter.

The production, adapted from Natasha’s Dream by Yaroslava Pulinovich, is directed by Igor Golyak, and stars Darya Denisova as Natasha. The performance begins with the jury learning that due to COVID-19, the fate of the accused Natasha Banina will be decided virtually. After a quick pre-performance questionnaire (similar interactive questions appear frequently throughout the performance) asking questions like “Have you served on a jury before?” and “Have you ever completed a crime of passion?”, we were ready to meet Natasha.

She is here to set the story straight. She tells us that her life was changed after she jumped out of the third-floor window of her Russian orphanage on a dare. Surviving the fall, she meets a reporter curious to understand why Natasha jumped. After receiving minor publicity for the incident, Natasha latches on to reporter. She has never owned something before and why shouldn’t it be him? Falling further down the rabbit hole, Natasha has ended up in prison after committing a crime of passion.

Denisova as Natasha, the sole actor of the performance, commands the digital stage. Denisova artfully plays Natasha as someone caught between the tangles of childhood and adulthood. While exuding confidence in her narration, Denisova fidgets, picks her nose, and twirls her hair. I really empathized with Denisova’s portrayal, especially when she stared into the camera and individually called out jury members for their understanding.

Encouraged to keep our video cameras on, I looked at the green light of my laptop feeling very exposed. In more traditional theatre settings, it’s easy to be anonymous in a dark room. This felt different. I was completely aware of how visible my presence was and knew that my face could be connected to whichever verdict we chose.

In addition to Denisova’s exceptional performance, the production greatly benefits from the animation and video design by Anton Iakhontov and Igor Golyak. Natasha’s stories are filled with surreal, visual flair that complement the performance well. A highlight was constantly switching from which camera angle we view Natasha, which leads to some rare theatre magic.

As Natasha’s story came closer to its end, I became aware that I would have to make a tough decision. Is this what justice should look like? What does it mean for me to sit in the comfort of my own home and judge the actions of another? In a time where we are so quick to judge others on social media yet use the same apps to quench our thirst for human connection, the pressure of deciding Natasha’s fate felt enormous. She was also looking right at us.

At the end of the performance, 59% of the jury found Natasha to be guilty. I do not know the outcome from prior performances but did see some outcry in the Zoom chat for a revote during mine. After the sentencing, I expected a conclusion telling us what happened to Natasha but received nothing. I think the performance could have been more effective if the jury got to discuss the series of events rather than anonymously vote on a poll. I closed out of Zoom feeling a little unsatisfied but remembered what a feat the performance was.

Although the future holds many uncertainties, such as what constitutes as a live performance anymore, I look forward to more exceptional, digital performances like State vs. Natasha Banina. I feel like I have regained the ability to be an invested audience member, and for that I am thankful.