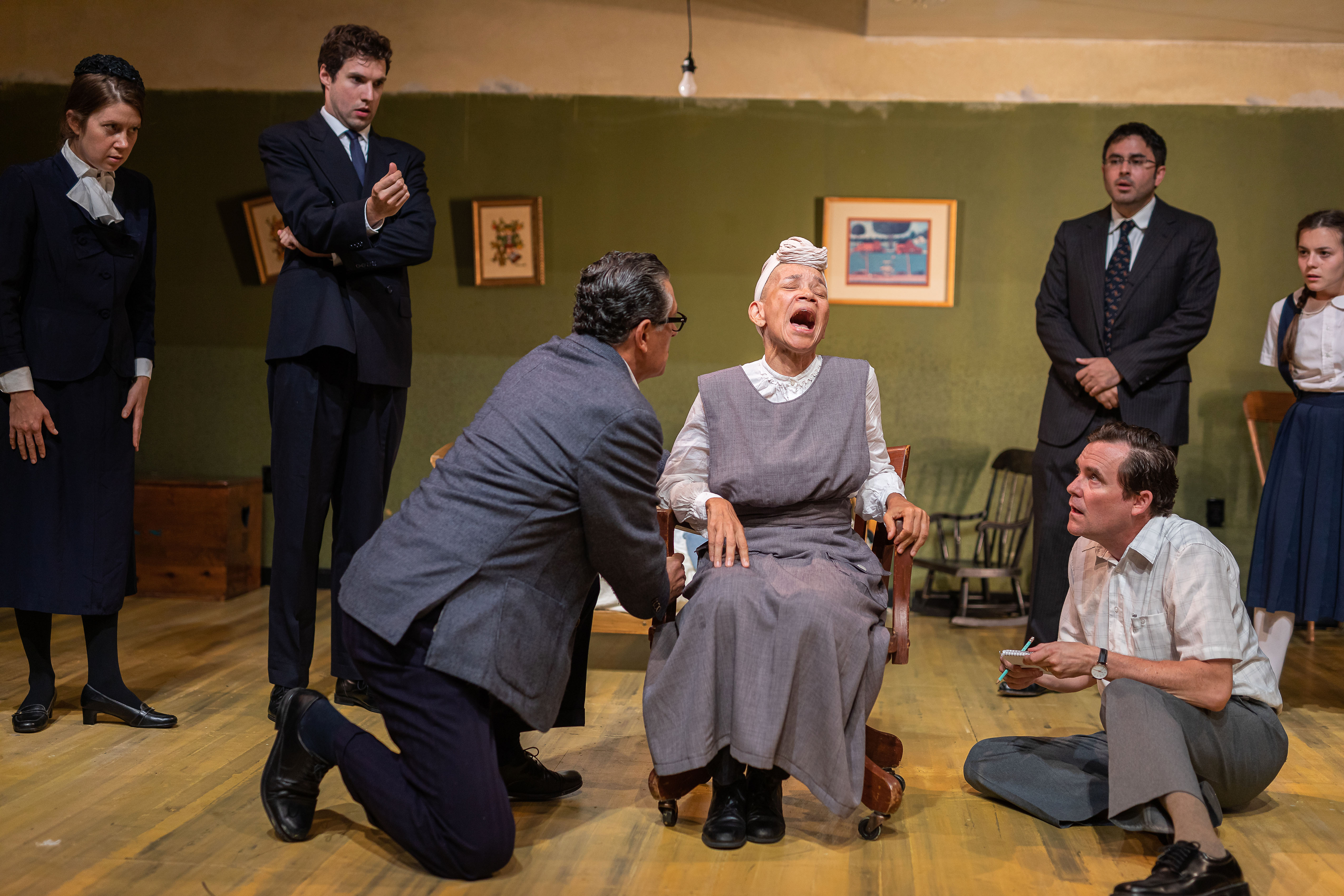 The cast of "The Crucible". Photo: Nile Scott Studios.
By
Kobi Kassal
No items found.
on
Category:
Reviews

Evil is alive and well and living in Cambridge, Massachusetts. That evil being Abigail Williams and her coven of friends in Arthur Miller’s The Crucible, presented by The Nora Theatre Company in association with Bedlam at Central Square Theatre.

This American classic that was inspired by McCarthyism and the Red Scare is being turned on its head under the direction of Bedlam Artistic Director Eric Tucker (who also plays a rather excellent Reverend Hale). Miller debuted the play in 1953 on Broadway, and the show has had countless productions and adaptations ever since. I rekindled my love of this story when I saw Ivo van Hove’s brilliant Broadway revival in April 2017.  Bedlam is known for taking beloved preexisting works and subverting audiences’ preconceived notions with unique and thrilling productions. Their Sense and Sensibility at the ART in 2017 still stands as one of my favorite Boston theatre experiences - so I had high hopes for this show. Boy, were my expectations fulfilled.

Tucker’s direction draws the audience in, literally surrounding them in the action of this play. The glory of Miller’s text comes alive in new ways thanks to the immaculate performances of this ensemble. Sitting at a hefty three hour run time, the cast keeps the energy in the room for the entire performance and had me on the edge of my seat for the entire show. The inventive blocking, choreography, and transitions revitalized this 66-year-old play for a modern audience. I also appreciated the humor that they found in the play.

John Proctor, played by the wonderful Ryan Quinn, is giving a career-defining performance as the tortured farmer longing to repent his mistakes. Paired with Susannah Millonzi, who is brilliantly doubled cast as Elizabeth Proctor and Betty Parris, the two create a dynamic that beautifully encompasses the mass hysteria of the town. Truett Felt creates a haunting Abigail Williams whose delicious cruelty is a sight to behold. Other standouts include the hilarious Randolph Curtis Rand as Reverend Samuel Parris and Martha Corey. It would be remiss of me if I did not mention the great Dayenne CB Walters as Tituba, Rebecca Nurse, and others. Her character work was so nuanced, the audience felt her plight and agony in each part she played.

The technical aspects of this production are just as incredible as the acting on that stage. Lindsay Genevieve Fuori’s scenic design is visually stimulating and has the audience buzzing from the moment they enter. One of my favorite parts was John Malinkowski’s unique lighting design that ranged from flashlights to candelabras, and his use of shadows was remarkable. Respects to Elizabeth Rocha for costumes and Ted Kearnan as the sound engineer.

The Crucible has already been extended until October 20th before they take this production Off-Broadway in November. I am always looking for theatre that excites me, and if you’re anything like me, this production should not be missed.

‘The Crucible’ is playing at Central Square Theater now until October 20. Get tickets here: https://www.centralsquaretheater.org