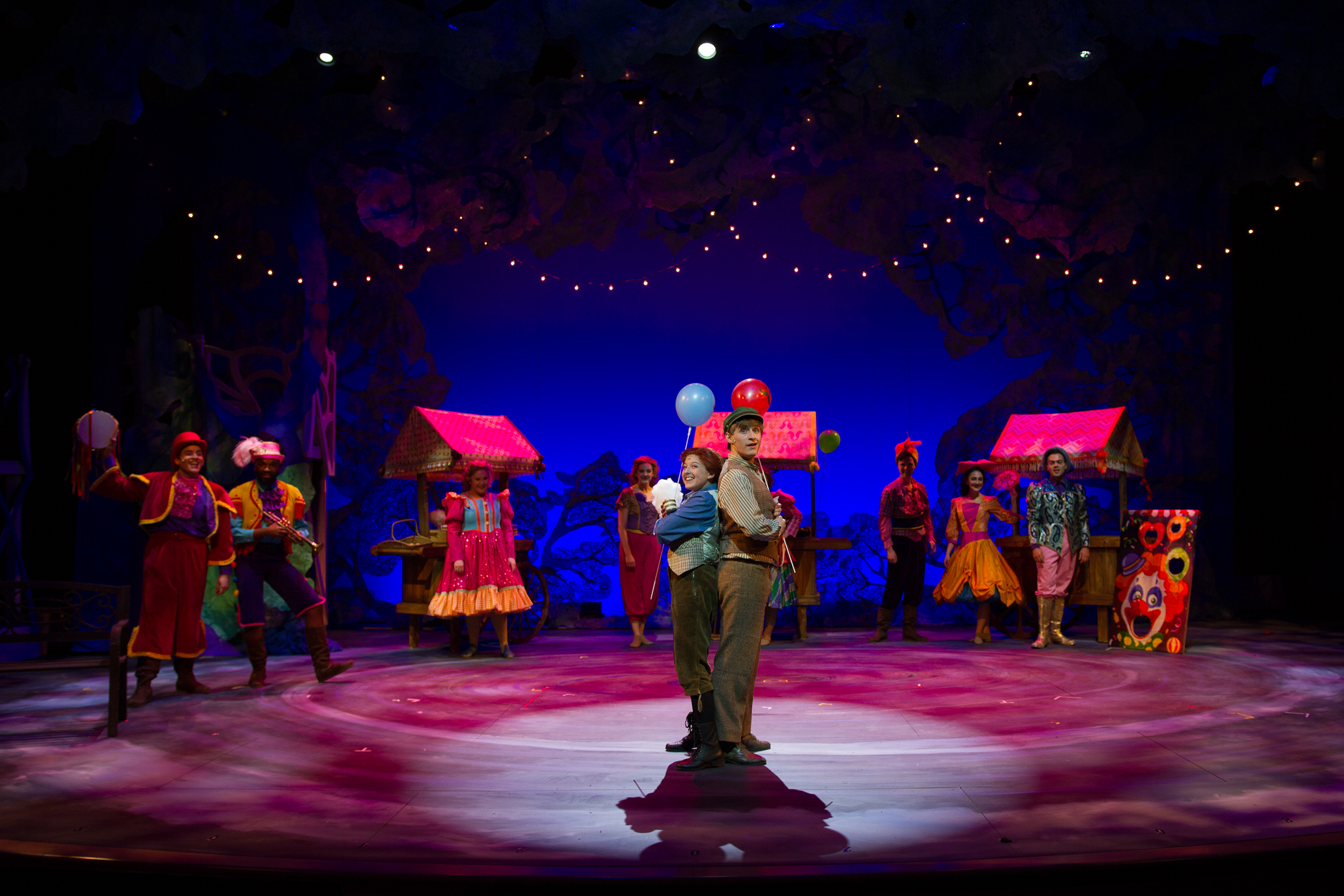 What would you do for immortality? Natalie Babbitt’s 1975 children’s novel is vividly brought to life in Umbrella Stage Company’s production of Tuck Everlasting, playing now through December 22.

This beloved story of an 11-year-old girl who runs away and discovers a family with eternal life has seen a few movie adaptations, but it took almost 30 years for a musical to be formed. Originally slated to premiere at Boston’s Emerson Colonial Theatre in 2013, there were delays, as with all new musical developments–it premiered in Atlanta before opening on Broadway in 2016. Due to a myriad of reasons the show closed after only 39 performances, but will live on in the regional circuit for years to come.

The heart of the piece lies with its moving score by Chris Miller, and lyrics by Nathan Tysen. Claudia Shear and Time Federle (of "High School Musical: The Musical: The Series" fame) join forces to remount the script for the stage. While the script sometimes seems amiss–yes, the line “you are an evil banana” is actually uttered in reference to the Man in the Yellow Suit–the tone they have evoked based off the original novel is very well intact. Madi Shaer leads the show as Winnie, whose vocal talents stand out, especially in her number “Good Girl, Winnie Foster” towards the beginning of the show. Her partner in crime, Max Charbonneau, plays an enthusiastically charming Jesse Tuck. Sean Mitchell Crosley should also be commended as older brother Miles Tuck. I found myself particularly loving Timmy Chase’s deputy wannabe Hugo for the delightful charisma he brought to his performance.

I couldn’t help but find myself smiling throughout the show, and thoroughly enjoying the joyous score brought to life by Matthew Stern and his 11-piece orchestra. Bravo to Janie Howland, whose stunning scenic design vividly illuminates the story, and received applause when first revealed, I should note. While some of Lara Finn Banister’s choreography felt sophomoric at times, her beautiful movement based ending was a lovely closing note to the show. Nancy Curran Willis’ direction proves that you don’t need the flash of Broadway to convey this beautifully moving and heartfelt adventure. I should mention I did get misty eyed at the end, which hasn’t happened at the theatre in a while–you won’t just need a tissue or two, make sure you bring the whole box, I know I should have!

'Tuck Everlasting' is playing at the Umbrella Stage Company until December 22. For tickets and more info - visit: https://theumbrellaarts.org/theater