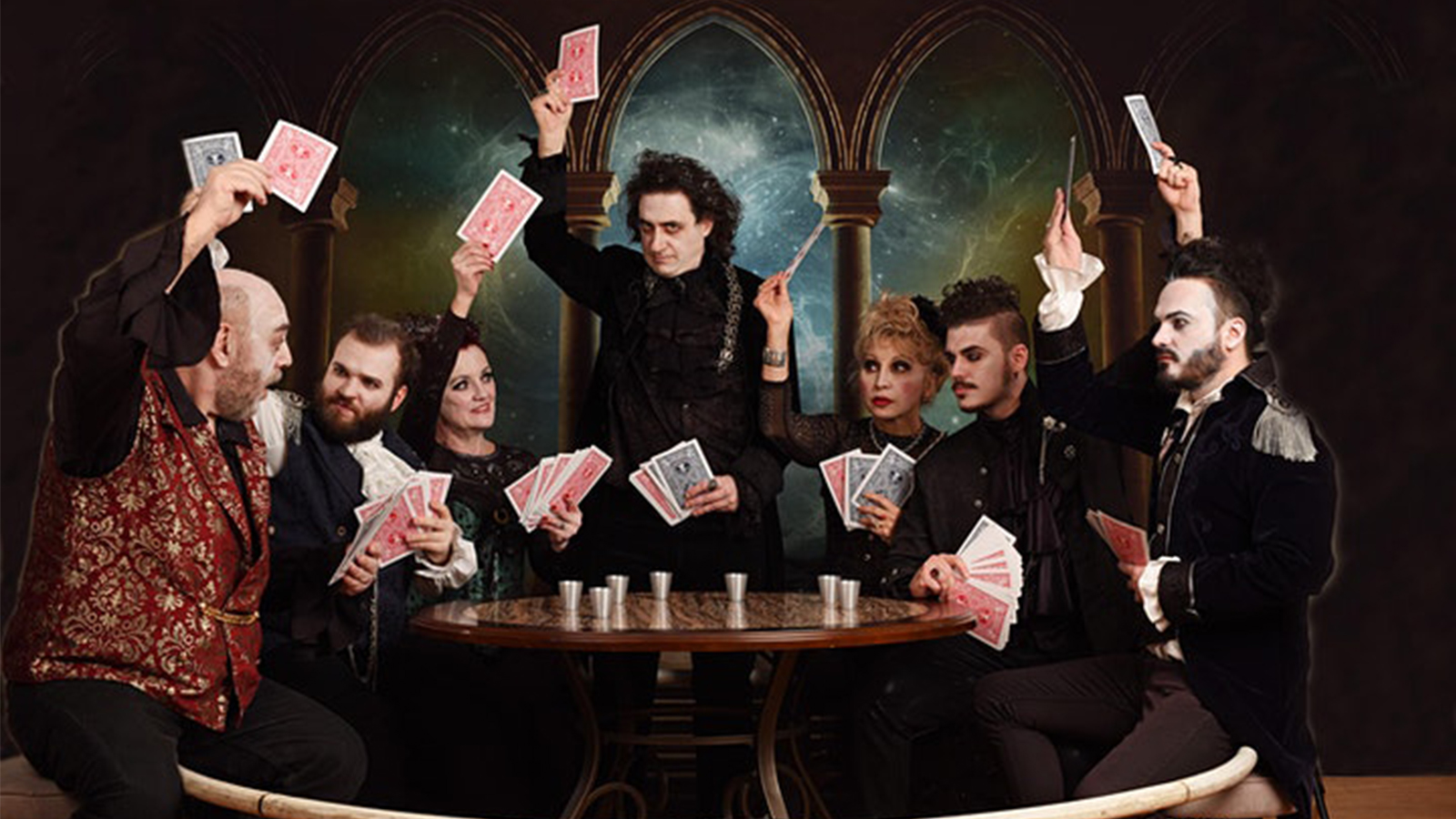 New Wave Arts in association with Salon Z announced today the latest installation in their “Inspired by Baroque” Series, a two-night-only premiere of My Cyrano, an improvisation featuring extracts from Edmond Rostand’s classic heroic comedy Cyrano de Bergerac and extracts from the poem “My Cyrano” by Tanya Lebedinskaya. Presented in Russian with English supertitles, My Cyrano blends musical, dance, and theatrical performance in the style of Rock-Baroque.

“Cyrano is an eternal love story that is well known all over the world. This time, we’ve skillfully matched the romantic tale with the hard-rock band The Blackfires, mixed in with classical music prowess from Jordi Savall, all set to a modern poetic Russian adaptation by Tanya Lebedinskaya, creating one unforgettable show we hope you enjoy!” said producer and actress Zeyna Gagne. “We know that all our guests, including English-speaking ones, will find it entertaining, since the story of Cyrano is so universal - full of music, poetry, dance, and theater, which is the same in all the languages of the world!”

My Cyrano will play Friday, June 11, and Saturday, June 12, at 7:30pm at The Center at West Park (165 West 86th Street, entrance on Amsterdam Avenue) in the historic West Park Presbyterian Church. For VIP ticket holders, there will be a pre-show reception featuring the company beginning at 6:00pm at the Russian Arts Theater & Studio’s Pushkin Hall (165 West 86th Street, 2nd Floor). In accordance with New York State guidelines, all activities will accommodate socially distanced seating at a maximum of 100 people, with face coverings required for everyone, as well as a temperature check upon arrival.

Tickets, priced at $65 for show-only tickets and $100 for VIP tickets, are available for purchase by visiting here.

My Cyrano is produced by New Wave Arts, Salon Z, Zeyna Gagne, Lev Grzhonko, and Donya Khaselev. Salon Z has delighted viewers in the past with unique conceptual productions from famous European actors such as Yuri Naumkin and Elena Solovey, as well as director Gary Chernyakhovsky, and more.