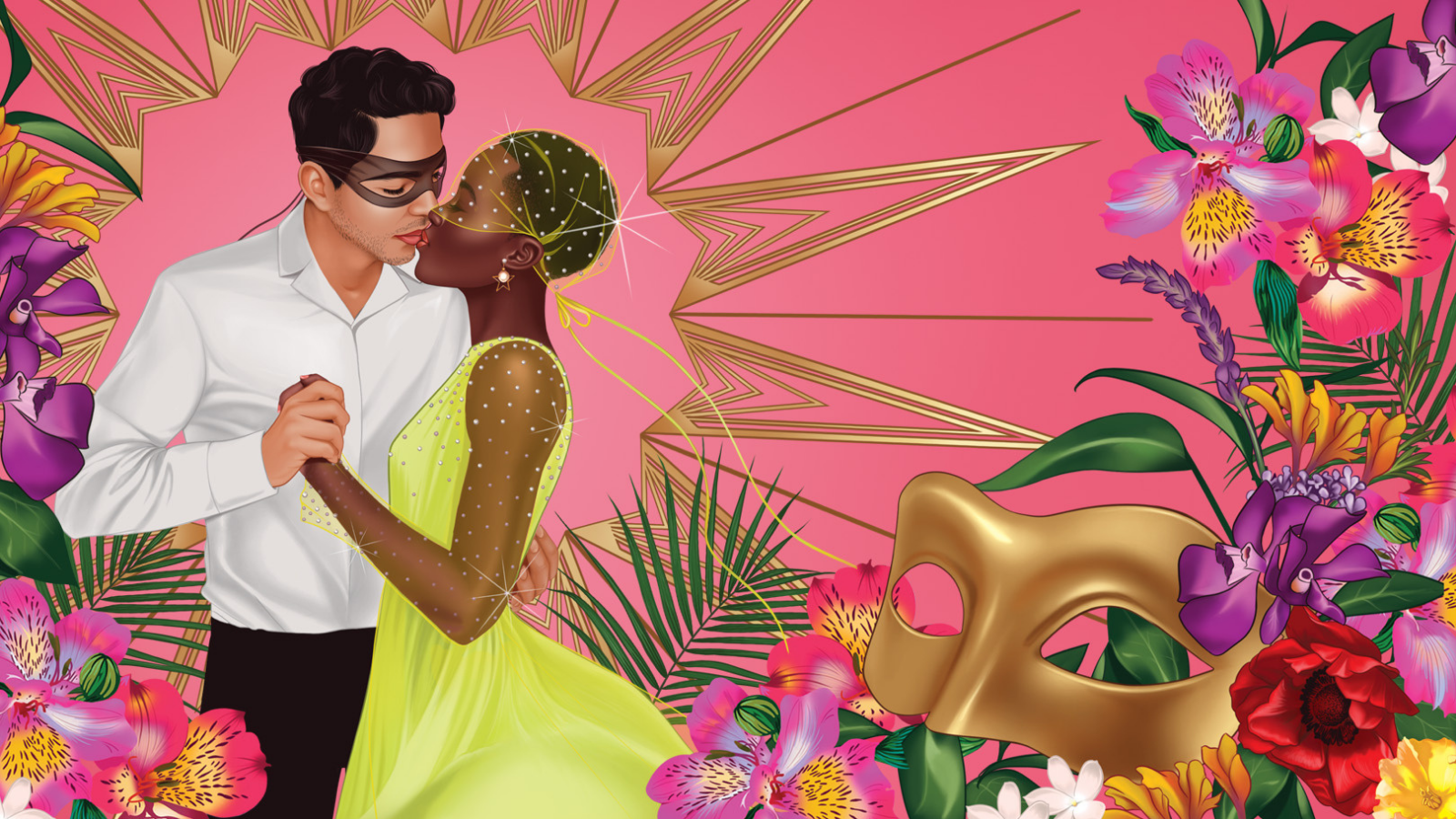 Illustration Design by Erick Davila
By
Juan A. Ramirez
No items found.
on
Category:
Reviews

Lupita Nyong’o deserves the world, mainly because she’s given us as much––a divine roster of film and stage roles, a children’s book, and a commitment to multiple humanitarian causes. In Romeo y Julieta, the Public Theater’s latest foray into audio plays, she proves that a rose in any other medium (and language) smells and sounds as sweet. Unfortunately, her rose is surrounded by the thorns of misguided intentions.

Co-presented by WNYC studios as a podcast that will be available for free through March of next year, Romeo y Julieta is an adaptation of Shakespeare’s immortal tale of, what else, misguided intentions. It is also a cautionary tale about the dangers of tribalism, which this production interprets through a wobbly bilingual mix of English and Spanish.

Unlike the 2009 Broadway revival of West Side Story (another Romeo and Juliet adaptation), which had the Sharks/Capulets singing appropriately in Spanish, this adaptation features every character speaking the Bard’s lines in an ineptly-applied Spanglish that mutilates meaning or comprehension. There is ostensibly no reason for this combination of Shakespeare and Alfredo Michel Modenessi’s Spanish translation, aside from slapping a Representation bandage on a classic play and proving that Nyong’o can excel in any language.

Though filled with recognizable and gifted performers, including Guillermo Diaz, Javier Muñoz, and Juan Castano as the titular lover, the cast of 22 (!) is ungainly excessive for an audio play. It is admirable of the Public to employ so many actors––especially Latinx and actors of color––during these theatrically stalled times, but the constant comings-and-goings of dozens of characters makes for a disjointed experience. That they’re speaking a near-incoherent Spanglish, which swings freely from Rrrromeo to Romeo with no perceivable rhythm, only makes things blurrier.

Aside from Nyong’o––apparently the only performer allowed to craft a character rather than a Lin-Manuel Miranda impression––only Julio Monge’s Friar stood out from the cacophony. The rest of the cast is unfortunately let down by translational fates harsher than Shakespeare might have conjured.

This is not an altogether bad production. Bray Poor and Jessica Paz’s lush sound design is excellent, evoking a global Latinidad unrestricted by borders or specific locations. Saheem Ali’s direction somehow makes sense of the hordes of characters assembled, even if his and Ricardo Pérez González’s adaptation made me cringe in a way I hadn’t since channel surfing past Dora the Explorer.

That is where the main issue with this production lies––in the belief that smashing together the Spanish and English languages and calling it multiculturalism will solve histories of struggle in a neoliberal reaching-across-the-wall. Spanglish is very much real, and very much a part of most Latinx-Americans’ lives, but something gets lost in the performance of it. When performed, it seems to parody. It loses its immediate vitality and gains a nasty sense of condescension through which no one (to my knowledge) has been able to break.

This adaptation and its muddled intentions might get lost in translation, but at least we have Lupita.

‍Romeo y Julieta is available for free on the Public Theater’s website through March 18, 2021.