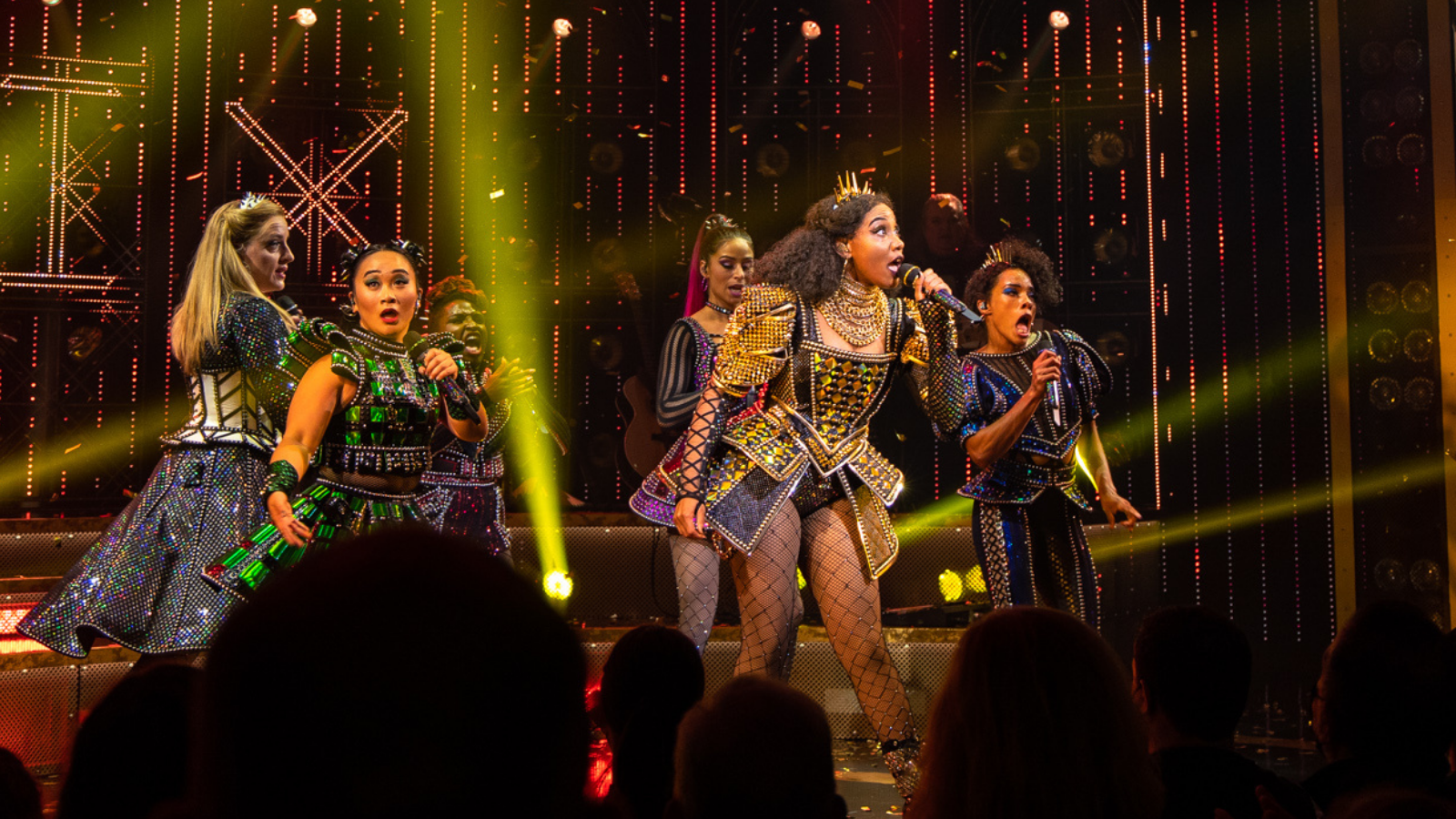 Pretty soon, fans will be able to head to court whenever they want with their headphones. The original Broadway cast album Six: Live on Opening Night will arrive May 6 at 12 AM in streaming and digital formats.

The album believed to be the first-ever live recording taped during opening night and was captured October 3, 2021, featuring Adrianna Hicks as Catherine of Aragon, Andrea Macasaet as Anne Boleyn, Abby Mueller as Jane Seymour, Brittney Mack as Anna of Cleaves, Samantha Pauly as Katherine Howard, and Anna Uzele as Catherine Parr.

“We wanted to capture that buzz, that electric atmosphere that can only be created by a group of pop royalty stepping out onstage in front of an audience of squealing fans,” said Six creators Toby Marlow and Lucy Moss. “So–welcome to the show. :)”

A release date for physical formats will be announced soon. The album is produced by Paul Gatehouse, Toby Marlow, Lucy Moss, Sam Featherstone, and Tom Curran.‍

Six is also currently on tour around the U.S., with the Aragon tour play a sit-down engagement at the CIBC Theatre in Chicago through July 3. The Boleyn tour will launch in Las Vegas at The Smith Center September 20.