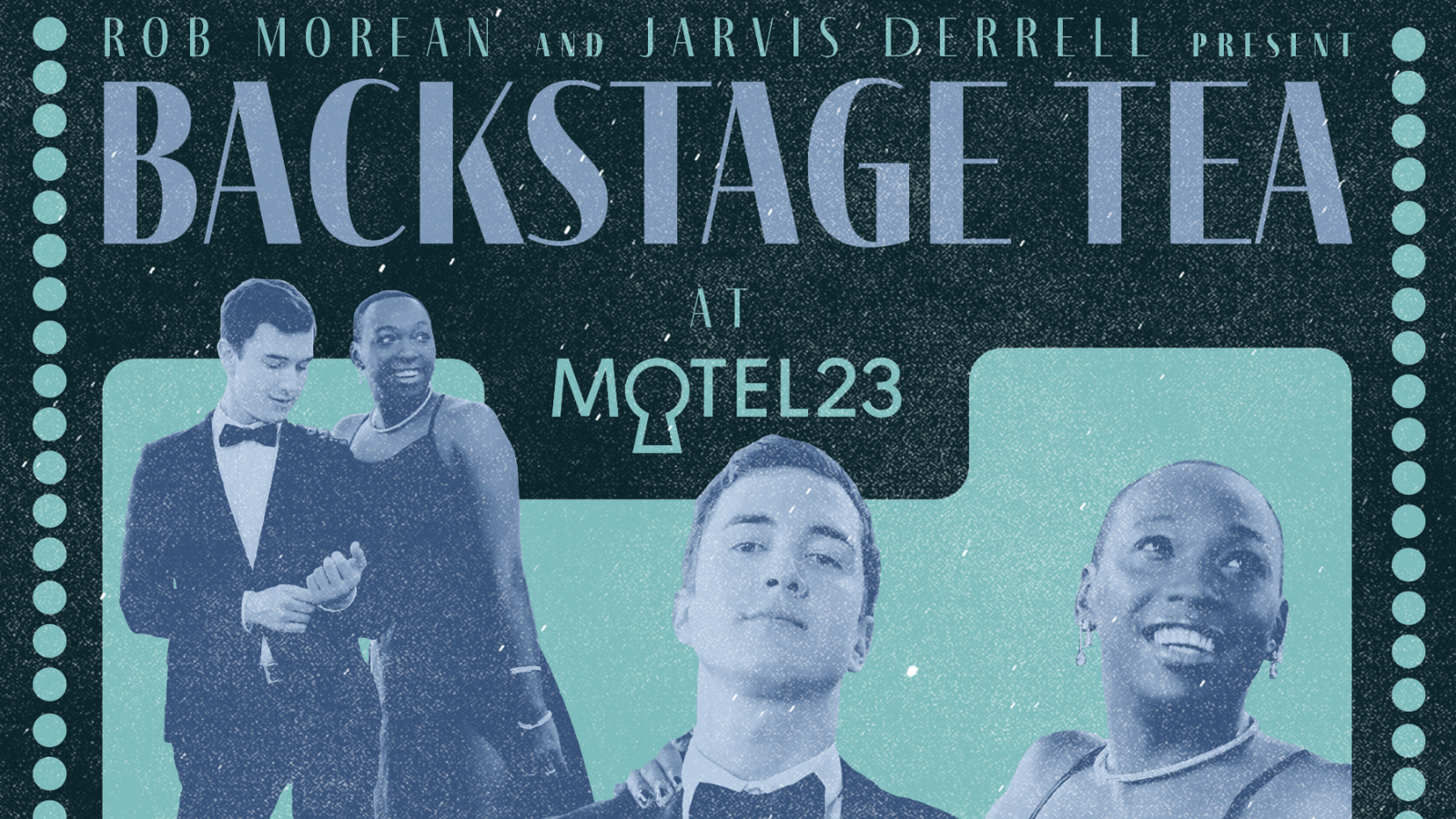 singing their favorite songs, answering your burning questions, and spilling all the tea

Jarvis Derrell and Rob Morean are figures well-known in two distinct, but not entirely separate, New York social spheres: theatre and queer nightlife. The two friends are lifelong performers and personalities—Morean was an understudy in the Broadway revival of Torch Song Trilogy, and Derrell is perhaps best known for their “She Has Had It!” Instagram account—who can often be seen toasting each others’ theatrical nature around the NYC queer scene.

The Monday night residency at first seems unlikely programming for the revelrous club perhaps best known for hosting Lil Nas X’s SNL after-party, so I spoke with Derrell and Morean ahead of their first performance to get the scoop on their ambitious plan.

I know you’re both passionate about theatre and performing, but what made you want to branch out into producing a show of your own?

Morean: I think something Jarvis and I really want to do is give people opportunities which, in New York, are not always in abundance. Right now, especially, all those roles are snatched up; all those gigs have been snatched up. So we want to give people a space to perform in front of their friends and bring people in. It's something I wish I had when I was growing up. It's a way to see some of your favorite stars but also discover the next generation of theatre talent.

Derrell: I think any good show, especially a hosted show like this, needs to establish its structure first. Rob and I have to learn each other's flow, and we’re still learning each other’s rhythms as hosts. It's something that’s fun to watch unfold on stage as time goes on, but the more rehearsed, the better.

Morean: It's going to be extra. Jarvis and I are two very, very over-the-top people, so it’s going to be extra. It’s on a Monday, and we want you to come in and have a good time. This community hasn’t really had the opportunity to be together in a social setting like this in so long. Here, you can have drinks and hang out, while seeing your friends and peers perform.

I kind of love that this is at Motel 23, because it's not somewhere that I think of as a theatre place, but you go and talk to people, and find out that most have some sort of connection to or love of theatre. Are you trying to bring in a crowd that’s not so obviously theatrical?

Derrell: At our cores, Rob and I are both theatre lovers, as are a lot of our friends. But who would pass up the opportunity to have a good time, with great music, in a beautiful space? And the fact that most of the bartenders are performers… don’t be surprised if you see one of them up there singing with us one night.

It's not just for musical theatre folks, though. It's about making that world accessible, and showing other sides of Broadway performers. We’ll have our guests do Broadway songs, sure, but they can do whatever they want up there. It's a Broadway theme but, baby, we're doing everything; we're not trying to put ourselves into a Broadway box.

Derrell: Oh, and the looks I plan on wearing...

The invite says to ‘dress to impress,’ what are you expecting from the audience?

Derrell: It’s not your, “I stopped by the bar after the gym.” We timed our show at the sweet spot of a ‘Monday date night’ type of situation; you can get dressed, feel cute... I think it's a good way to start your week. I mean, take in some culture, live it up honey.

How far into the future are you planning on this running?

Derrell: For as long as it can, and as long as it's needed, and I do feel it's needed. When I first moved to New York, there were hundreds of shows, not exactly like this, kind of like this. I would watch videos of Natalie Weiss singing at the Laurie Beechman Theatre, and think, “Oh my God, I want to perform on that stage. I'll be an artist when I have videos of me on that stage.” I think this is going to be that new space. I’ve met all of my closest friends in the cabaret scene, so to give people a new space like that, in a new neighborhood, is so exciting.

You mention wanting to showcase up-and-coming talent—what are you looking for, in terms of things and people we haven’t seen?

Morean: A lot of the people we've been finding have been either through TikTok, or Instagram accounts like Broadway Belters and Let’s Hear It For the Choice. Those videos get so much visibility and you start seeing all these people who have never gotten that type of recognition.

Derrell: These people are incredible, but they’re performing in their rooms, or a rehearsal space. They're not in a fully-realized stage, usually, so let's just them a stage. Of course they can sing on a stage, but let’s give them a new stage, in front of people that they might not know, which only sharpens their tools. That type of exposure is so rare.